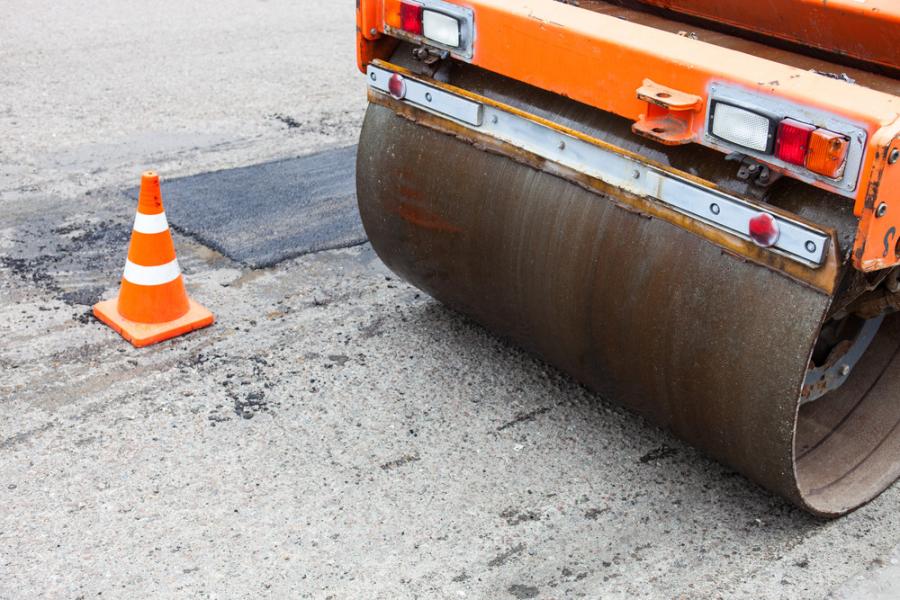 Gov. JB Pritzker and the Illinois Department of Transportation on Dec. 8 were joined by local officials and community leaders to announce the next phase of the Interstate 57 widening through southern Illinois, another cornerstone project of the governor's historic, bipartisan Rebuild Illinois capital program. The latest improvements are part of $268 million being advanced through Rebuild Illinois to fix and improve I-57 in the region, improving safety and mobility while creating thousands of construction and permanent jobs.

"Today I'm proud to announce the most significant investment in I-57 since its original development. This major upgrade comes after we've already completed a successful, six-lane expansion along the Johnson City stretch of I-57 in 2020 and launched the ongoing West Frankfort renovations," said Pritzker. "Due to Rebuild Illinois, we're unlocking the federal funding necessary to take this from a four to a six-lane highway — enhancing safety, creating jobs, improving the reliability of the freight network and supporting the economic development potential of the region."

In southern Illinois, I-57 is part of the National Highway Freight Network, carrying more than 40,000 vehicles a day, 14,000 of which are trucks. The I-57 improvements made possible by Rebuild Illinois will add a third lane in each direction along one of the country's critical freight and travel corridors that no longer meets current traffic volumes and demands.

A $67.6 million project starting in January will expand 9 mi. of I-57 to six lanes from north of Illinois 149 to south of Illinois 154, installing median barrier, resurfacing the existing lanes, updating deficient guardrail and adding rumble strips. The bridges over the Big Muddy River will be replaced. Two lanes will remain open during construction as much as possible, with overnight lane closures until the project wraps up in 2025.

Participating on the project will be graduates of the Highway Construction Careers Training Program, an IDOT initiative in partnership with John A. Logan College in Carterville to provide minority and female students the opportunity to get on-the-job experience toward full-time work and a career in the construction trades.

"The I-57 corridor is one of the most important in our system, but it's prone to backups and congestion that can spill over into neighboring communities," said Illinois Transportation Secretary Omer Osman. "Under Gov. Pritzker, we are transforming I-57 to accommodate 21st century transportation, as we are doing throughout southern Illinois and the entire state."

A previous project, completed in 2020, expanded I-57 for 4.5 mi. south of West Frankfort, with an ongoing widening due to end next year that continues north for 3.5 mi. In addition to the latest project, Rebuild Illinois is investing $164 million to complete the expansion of I-57 in future years to Mt. Vernon, as well as replacing bridges over Marcum Branch, Gun Creek, Dodds Creek and reconstructing the I-57/64 interchange with Illinois 15.

"This collaboration and investment between the federal and state government is an example of great work being done to ensure drivers have smooth roads and the safest route on Illinois roadways," said State Sen. Dale Fowler (R-Harrisburg). "There is no doubt, portions of Interstate 57 remain congested creating serious challenges and posing dangerous risks. By investing in Illinois' infrastructure, we are investing in jobs and our local economy, which will continue to put southern Illinois on the map for years to come."

"I-57 is a lifeline in the body of southern Illinois' economy. Investing in our future by widening I-57 means union workers will have jobs, our truck drivers and motorists will have the space they need to operate safely and shows the people of southern Illinois that their representation in Springfield is looking out for their best interests," said State Rep. Dave Severin (R-Benton). "I am proud of the work that is being done to widen these roads and know that the future of our economy is brighter because of the investments we are making in our people and our infrastructure."