Old Pennsylvania Lock and Dam System to Get $77M for Fixes to Boost U.S. Supply Chain 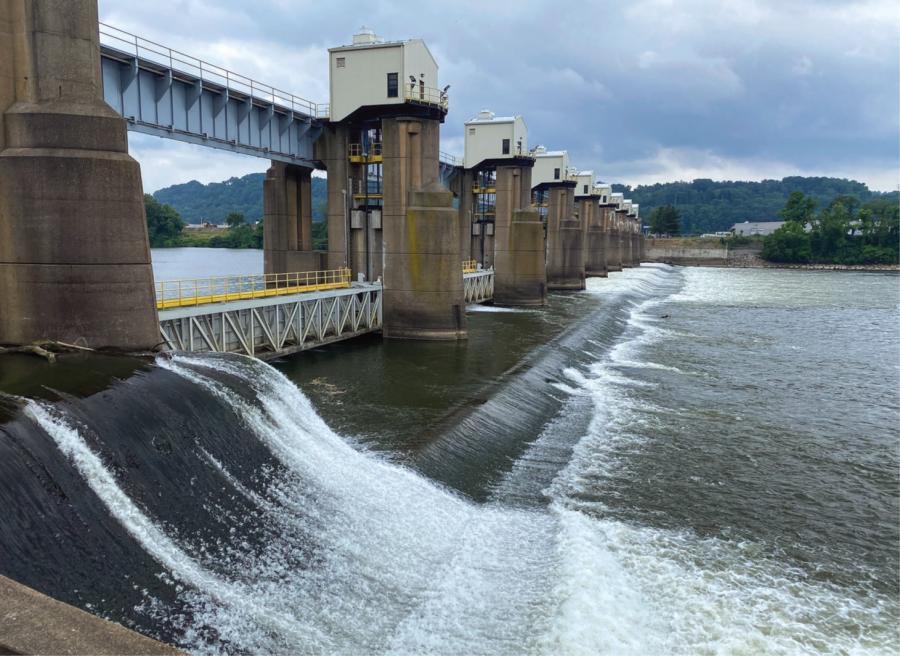 The funds for the deteriorating passage on the Upper Ohio River system, located 6.2 mi. from Pittsburgh’s Point State Park, will be used to construct new lock chambers that will allow large cargo ships to pass through, “relieving landside congestion and facilitating timely delivery of goods,” according to a press release from the Biden administration.

Long awaited upgrades to southwestern Pennsylvania's Emsworth Locks and Dams will get a $77 million boost under the federal infrastructure law as part of a wider effort to "strengthen the nation's supply chain," the White House announced March 29.

The funds for the deteriorating passage on the Upper Ohio River system, located 6.2 mi. from Pittsburgh's Point State Park, will be used to construct new lock chambers that will allow large cargo ships to pass through, "relieving landside congestion and facilitating timely delivery of goods," according to a press release from the Biden administration.

The money for the Emsworth Locks and Dams, just one of three such systems that are part of the Upper Ohio River Navigation Project, follows the January announcement that $858 million in federal infrastructure dollars will be directed toward repairing the aging and cracked Montgomery Lock and Dam in nearby Beaver County, according to the Pittsburgh Post-Gazette.

Due to the larger of the two lock chambers at the Emsworth system being closed for scheduled maintenance through April 15, barges have been backed up on the Ohio River for up to nine days, said the Port of Pittsburgh Commission, which advocates for infrastructure upgrades on local inland waterways. The smaller, auxiliary chamber at Emsworth is currently in operation but limits the size of barge and boat traffic that can move through.

The passage first opened to river traffic in 1921, followed by the Montgomery in 1936.

"They're very old," Mary Ann Bucci, the commission's executive director, told the Pittsburgh news source. "And when you look at when Montgomery was shut down for a significant period, those delays for those barge companies were up to 10 days. When you're on the river, there's no place else to go. You have to wait your turn."

The news of the allocation for the Emsworth project under the Infrastructure Investment and Jobs Act (TIFIA) came as part of a larger Biden administration announcement that $2.7 billion would be distributed among 300 U.S. Army Corps of Engineers (USACE) projects nationwide, adding to the $14 billion distributed earlier this year for waterways and ports.

The Post-Gazette reported that as part of the $1.5 trillion government funding bill that passed earlier in March, Pennsylvania Sen. Bob Casey secured $12.8 million in directed community spending for the USACE's work on the Upper Ohio locks and dams.

"Southwestern Pennsylvania's inland waterways play a vital role in moving commerce, creating and sustaining jobs and spurring economic growth throughout the region," Casey said in a statement. "Thanks to the infrastructure law, the [USACE] will be able to begin construction on two vital lock and dam systems on the Upper Ohio River. This investment will help strengthen our domestic supply chain and ensure that shippers can reliably deliver and take cargo from Pittsburgh to the rest of the world."

The USACE noted that just under 22 million tons of cargo was moved on the roughly 200 miles of navigable waterways of southwestern Pennsylvania in 2019, the last year from which records are available, making it the fourth busiest inland port and 30th busiest port of any kind in the nation.

Fixes Needed Up and Down the Ohio River

Other parts of the system also are under repair, the newspaper noted, including the 1920s-era Dashields Locks and Dam, located about 15 mi. from Pittsburgh beyond the Emsworth passage. Scheduled maintenance on that project will run through April 7.

The larger of the two Emsworth locks underwent rehabilitation in late 2020 when the USACE closed and dewatered the passage during an approximately $5 million effort to rehabilitate the gates at each end of the lock.

During normal operating times, the Emsworth Locks and Dams averages 470 commercial lockages — or passages through the locks — every month, and up to another 400 for pleasure boats during the summer, according to the USACE's Pittsburgh District office.