One contractor can survey a entire city and see his mark everywhere. 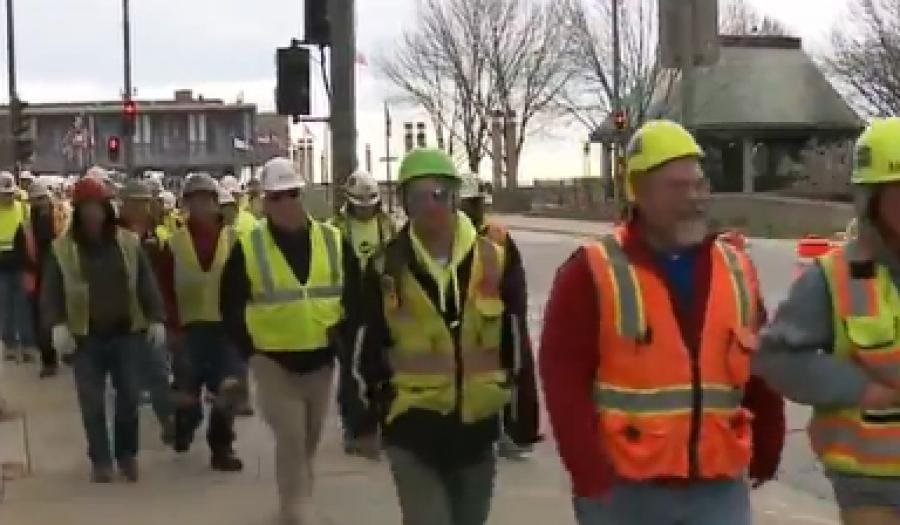 "I think everybody who does construction feels ownership with the projects they do. Anybody who has any part in it feels like it's their project," Mitchell said.

Milwaukee's WISN 12 is reporting that the new Northwestern Mutual tower wouldn't be possible without the hard work of the construction crews.

The towering view from the 23rd floor might as well be Brian Mitchell's visual resume.

"We did Potawatomi, just finished the Hoan Bridge. The first job I did was Miller Park," said Mitchell who owns Choice Construction out of Menomonee Falls.

The company has had a hand in Milwaukee's largest construction projects for the last decade. Now, he's helping build the tallest.

How does it feel to have your fingerprint on every major construction project in Milwaukee?

"I think everybody who does construction feels ownership with the projects they do. Anybody who has any part in it feels like it's their project," Mitchell said.

He has roughly 40 workers installing the reinforcing steel in the floors, the walls and the core -- essentially the bones of the Northwestern Mutual building.

His team also laid the steel in the foundation, which was the largest consecutive concrete pour in Wisconsin state history. It took 27 straight hours to finish.

What's the most rewarding part of a project like this?

"I think using it with your family and friends, when you get to use finished product, when you go on a bridge that you've worked on, or you're inside a building you've built, or you meet somebody there or you have a meal. I think that's the most rewarding part," Mitchell said.