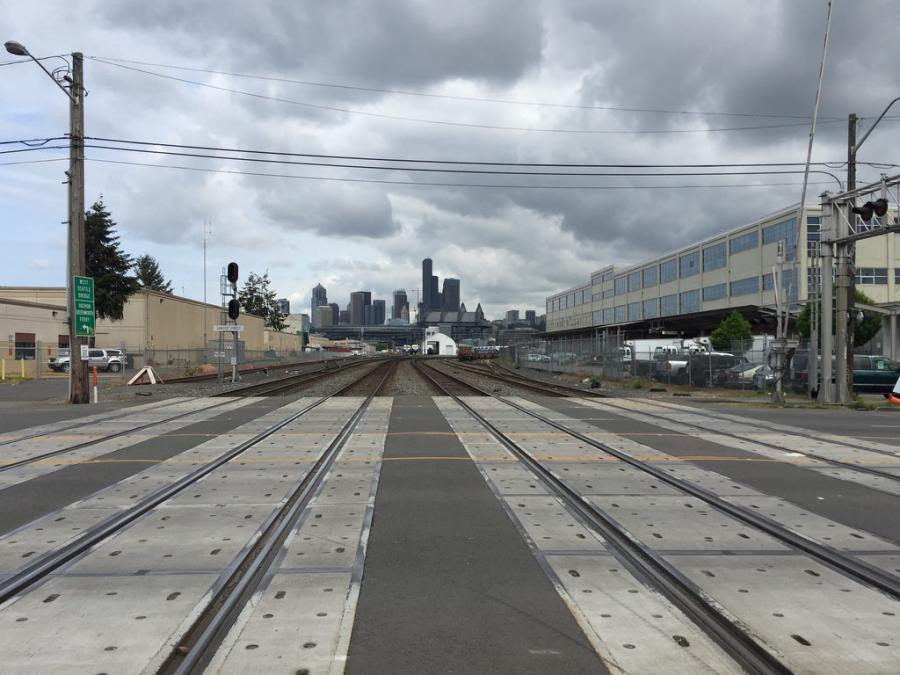 Port of Seattle photo The Lander Street Overpass will enable vehicles and pedestrians to cross the railroad tracks on Lander Street between 1st and 4th Avenues.

The Port of Seattle Commission approved $5 million for the city of Seattle's Lander Street Grade Separation Project, expected to cost a total of $140 million when complete. The city is seeking to finalize the design of the grade separation in summer of 2017 and begin construction early the following year.

“The Lander Street Overpass will provide essential grade separation in SODO where east-west movement is critical for the movement of cargo through our region,” said John Creighton, Port Commission president. “This is part of the Port's overall transportation efforts to relieve congestion from areas around SR-519 and Spokane Street to improve access to I-5 and I-90. We applaud the city of Seattle for making this project a priority.”

The Port of Seattle has invested in nearly $500 million in transportation improvements in the past 20 years, including $5 million to the South Park Bridge replacement; $281 million to the Alaskan Way Viaduct replacement program; and $19.3 million to Terminal 5 Truck access.

The port's operations currently help create nearly 200,000 jobs and $7 billion in wages throughout the region. Over the next 25 years, the port's “Century Agenda” seeks to create an additional 100,000 jobs through economic growth while becoming the nation's leading green and energy-efficient port.