The girders had experienced bridge hits over the years. 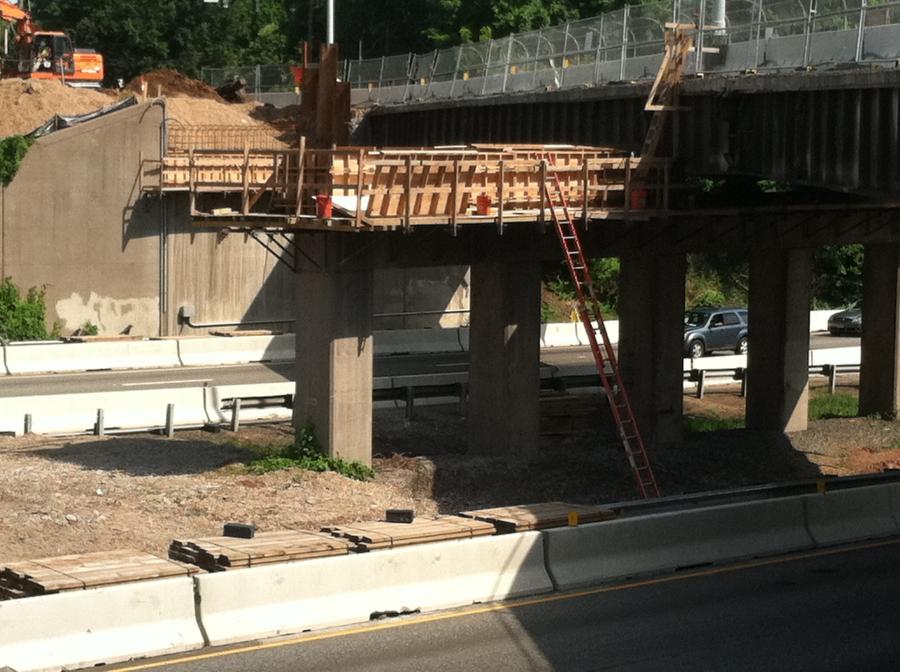 Construction on the $6.2 million project got under way in the spring.

Years of collisions with trucks that were just too tall to fit under Connecticut's Mayflower Bridge in West Hartford have prompted a replacement project that will add about 2 ft. (.6 m) to the bridge, originally built in 1965.

“The I-84 eastbound side has a minimum height at 14 feet,” said Louis Bacho, transportation supervising engineer with the Connecticut Department of Transportation. “That's the lowest span. The girders had experienced bridge hits over the years. That's the main reason to replace the superstructure. The substructure is in good shape. We've increased the vertical clearance to 16.3 from the roadway to the lowest girder. We're raising it almost two feet on that one span. We shouldn't have issues in the future.”

Construction on the $6.2 million project got under way in the spring with an original completion date set for December. That date has since been moved back to the spring of 2017 after CDOT engineers encountered a few glitches.

“We had some issues with the design,” Bacho said. “We finally resolved those. Some of the survey working points didn't match up exactly. We used the plans the bridge was built to in 1965. Some of those surveys didn't match. We had another issue with the design and load rating issues. When they design the bridge it has to be load rated. So we had to make minor tweaks to the design. They had to increase some of the girder stiffeners to make it work. That put us about two months behind. Sometimes it is difficult to put a new structure on an existing one. It's easier just to start from scratch with everything brand new, but in this case the bridge substructure was in very good shape”

Crews based out of Massachusetts, have already demolished one side of the bridge, and traffic is being routed in one-way alternating lanes on the remaining side. Once they build the new half, traffic will be moved to that side and the other side demolished. Traffic below the bridge on I-84 is shut down for short periods when crews work with the bridge girders.

“They're only allowed, when they wreck the girders, to shut down 84 for about 10 minutes, sometimes a little longer,” Bacho said. “You can't have live traffic below until the girders are stable. Same thing with demolishing the girders.”

The heavy equipment being used includes excavators and large cranes.

“They'll use two large cranes to pick the girders,” Bacho said. “I think they are probably going to have those in the median below. They'll bring the girders in from the roadway above and swing them into place. Or, the girders may be below in the median. We provide a suggested erection sequence and the contractor can take that and tweak it how he wants. We are showing the sequence from the 84 median with two large cranes.

“Generally, they'll splice two girders. They'll get the bolts in place. They have to put two girders up there, and they have to be stable. That generally takes some time.”