Provision Has Largest Dam Demo in U.S. History in Question 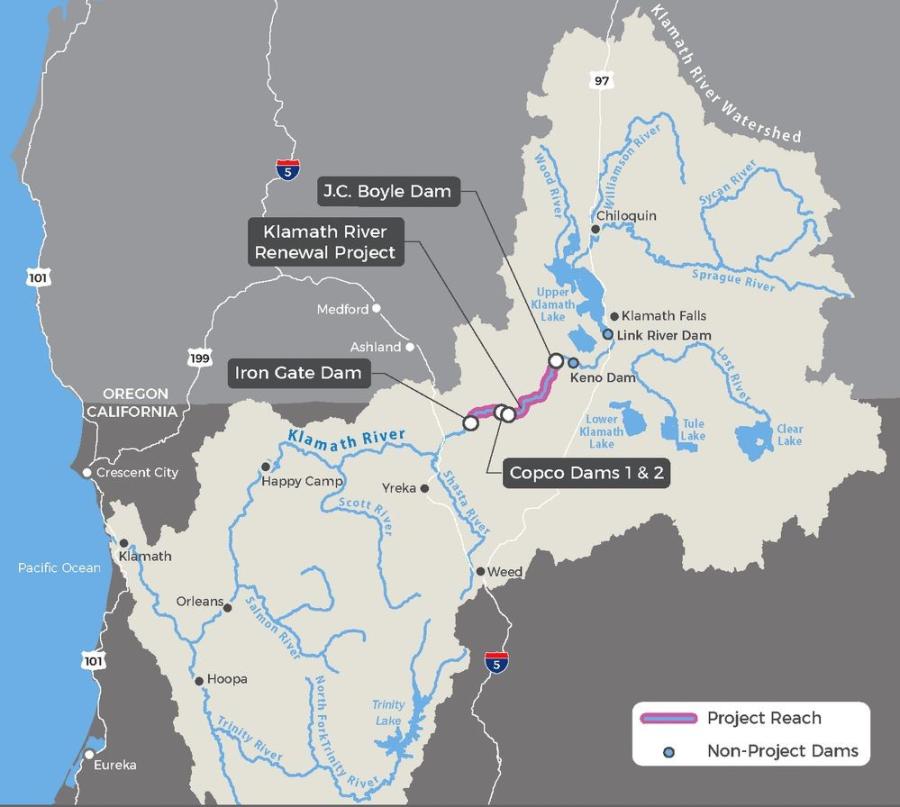 A map of the Klamath Dams

PORTLAND, Ore. (AP) Federal regulators on July 16 threw a significant curveball at a coalition that has been planning for years to demolish four massive hydroelectric dams on a river along the California-Oregon border.

The deal, which would be the largest dam demolition project in U.S. history, relies on a delicate calculus: The power company that operates the Klamath River dams will transfer its hydroelectric license and contribute $250 million in order to sever itself from the removal project and avoid any further liability or unanticipated costs.

The Federal Energy Regulatory Commission, however, on July 16 approved the license transfer on the condition that PacifiCorp remain a co-licensee along with the Klamath River Renewal Corporation, the non-profit coalition assembled to oversee the dams' demolition.

That stipulation could kill or drastically alter the deal because removing PacifiCorp from the deal entirely better protects the utility's ratepayers – an element that was necessary to gain the support from public utility commissions in both Oregon and California. 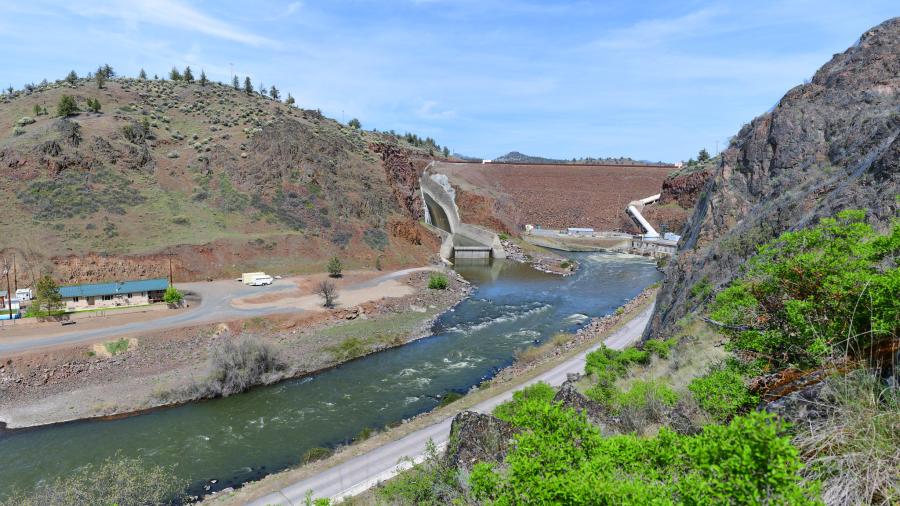 "Although we are generally satisfied that the Renewal Corporation has the capacity to carry out the proposed decommissioning, for the reasons discussed above, we find that the public interest would be best served by approving a partial transfer of the license and requiring PacifiCorp to remain as a co-licensee," the commission wrote in a 31-page ruling.

The commission's decision could be devastating for Northern California tribes that rely on salmon if it blows up the long-negotiated deal to tear down the dams that block the migration of fish along miles of the Klamath River.

In a statement, a coalition of tribes, environmentalists and salmon-fishing interests said although the ruling was a twist, they were optimistic because the commission found that "there is a significant likelihood KRRC will complete the dam removal process without relying on PacifiCorp for additional funding or expertise."

The ruling nonetheless puts PacifiCorp in an awkward position. The dams currently make up just a small part of the utility's power portfolio. But under federal law, if it retains the hydroelectric license it will have to pay itself to install fish ladders to help the imperiled salmon return to their spawning grounds upstream – an amount likely far greater than the $250 million now in question.

PacifiCorp said in a statement that the ruling denied its customers the protections it had negotiated that were one of the "bedrock principles" of the agreement.

The Klamath River Renewal Corporation said in a short statement that it was reviewing the order with its partners to determine the next steps. 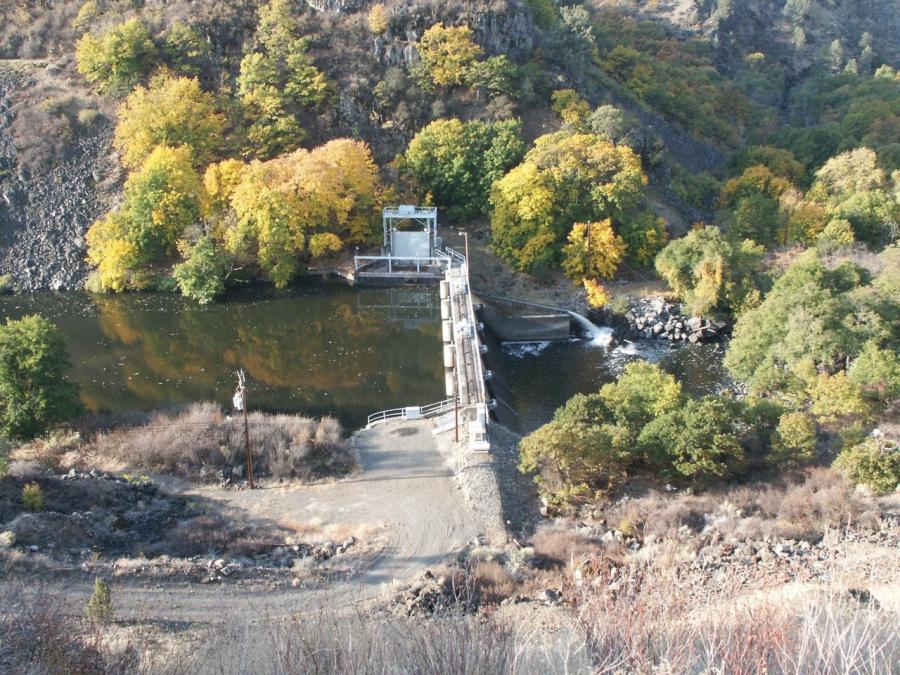 The project, estimated at nearly $450 million, would reshape California's second-largest river and empty giant reservoirs. It could also revive plummeting salmon populations by reopening hundreds of miles of potential habitat that has been blocked for more than a century, bringing relief to a half-dozen tribes that rely on salmon fishing that are spread across hundreds of miles in southern Oregon and northern California.

The transfer of PacifiCorp's hydroelectric license was seen as the first major hurdle to getting the dams removed on the lower reaches of the Klamath River. Federal regulators must also approve a request to decommission the dams before work can begin, possibly as early as 2022.

The structures at the center of the debate are the four southernmost dams in a string of six constructed in southern Oregon and far northern California beginning in 1918.

They were built solely for power generation. They are not used for irrigation, they are not managed for flood control, and none has "fish ladders," concrete chutes fish can pass through.

Two dams to the north are not targeted for demolition. Those dams have fish passage and are part of a massive irrigation system that straddles the Oregon-California border and provides water to more than 300 sq. mi. (777 sq km) of alfalfa, potatoes, barley and other crops.

The proposal fits into a trend toward dam demolition in the U.S. that has been accelerating as these infrastructure projects age and become less economically viable. The removals are also popular with environmentalists who are fighting for the return of native fish species to rivers long blocked by concrete.

More than 1,700 dams have been dismantled around the U.S. since 2012, according to American Rivers, and the Klamath River project would be the largest by far if it proceeds.