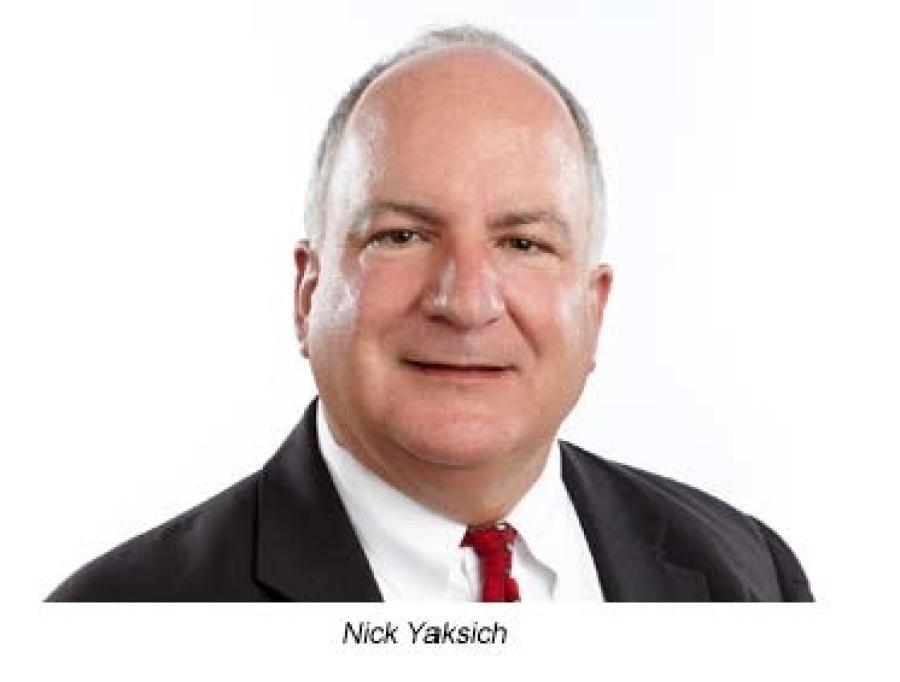 A Washington, DC, public affairs executive has been elected 2017 chairman of the Board of Directors of TRIP, a private, national transportation research nonprofit based in Washington, D.C.

Nick Yaksich, senior vice president for government and industry relations for the Association of Equipment Manufacturers (AEM), leads the Washington, DC, office of AEM and joined the TRIP Board of Directors in 1999, serving on its executive committee since 2001. AEM is a trade group of more than 900 construction, agricultural, mining, and forestry equipment manufacturers and related business services. AEM is headquartered in Milwaukee, Wisconsin, and has offices in Washington, DC; Ottawa, Canada; and Beijing, China.

“AEM has supported TRIP's efforts since TRIP was formed in 1971,” Mr. Yaksich said. “I am honored to serve as the next chairman of TRIP, an organization that has done tremendous work increasing public awareness of the need to invest in America's surface transportation infrastructure for almost five decades.”

In addition to his service to TRIP, Mr. Yaksich is a member of the executive committee of Americans for Transportation Mobility and is a past chairman of The Road Gang, Washington's Transportation Fraternity.