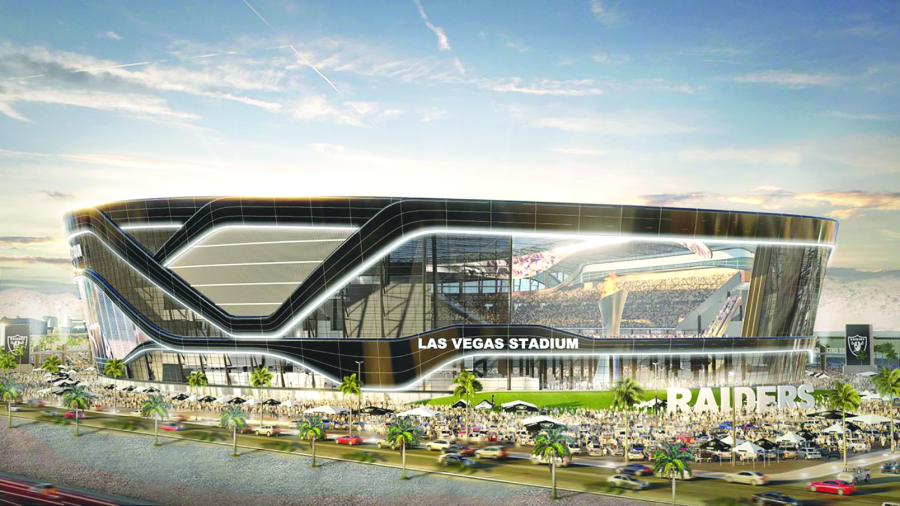 The Oakland Raiders are one step closer to being able to start building their proposed stadium in Las Vegas. (Manica Architecture photo)

LAS VEGAS (AP) The Oakland Raiders are one step closer to being able to start building their proposed stadium in Las Vegas after local officials approved the use of the land the team purchased near the city's world-famous casino-resorts.

Commissioners in Nevada's Clark County voted unanimously to approve use permits required for the proposed 65,000-seat stadium. They also waived a requirement for thousands of onsite parking spots. But they gave the team a year to figure out a solution for a problem that has dogged the project.

Grading and other site-preparation work can take place at the site west of the Las Vegas Strip, near the Mandalay Bay casino-resort. But the county and the Raiders still have to enter into a development agreement, which among other things would detail infrastructure requirements for the team, before major construction begins.

"Thirty-one months is what we have available," John Wood, senior vice president at Mortenson Construction, said of the project's construction timeline. "... That is exactly the schedule that we had in Minnesota to build U.S. Bank Stadium, and there we went through three harsh Minnesota weekends. So, we'll have two-and-a-half Nevada summers to go through. But we still have great confidence in our ability to complete on time."

LAS VEGAS (AP) The Federal Aviation Administration has determined that the Oakland Raiders' proposed stadium in Las Vegas would not be a hazard to aircraft.

The FAA last month issued a notice requesting public comments on the proposed 65,000-seat stadium. It later cut the five-week public comment period by three weeks. The change allowed the $1.9 billion project to stay on schedule.

The agency's review of the project concerned the stadium's proposed 225-ft. height.

The Raiders want to play in Las Vegas in 2020. Their ambitious construction timeline for the partly tax-funded stadium calls for some site work to begin by December.