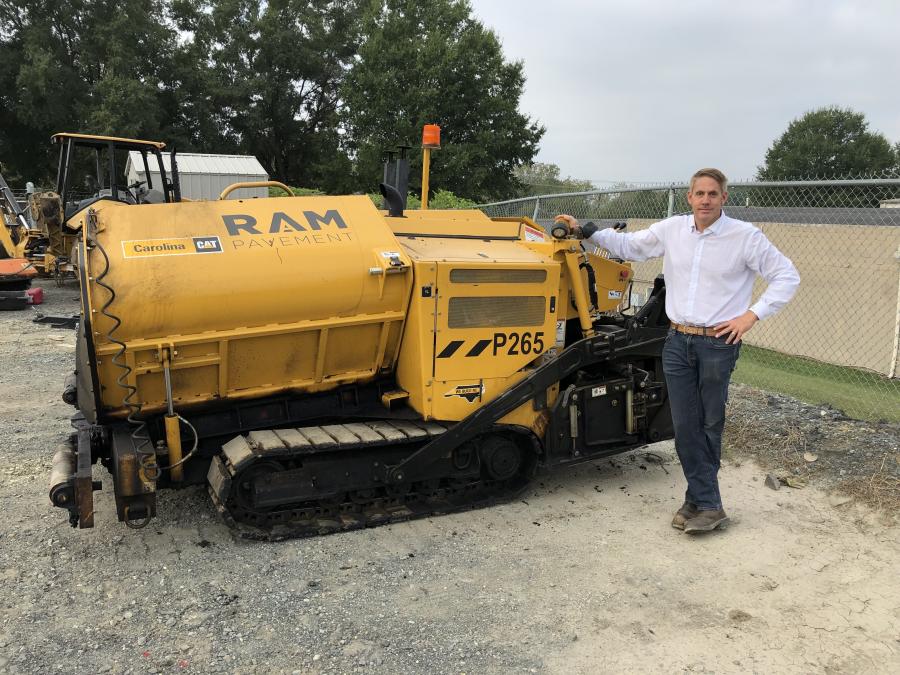 Back in 2004, RAM Pavement founder and president Rob Miller gambled big with his career on the line and no clear idea whether his risky play would lead to future success in the paving industry. At that time, Miller was working for a company beset by financial management problems, and as an unhappy employee he reached the point where he issued an proclamation to his fellow coworkers in North Carolina.

"That winter I decided I was going to start a company of my own as opposed to working for somebody else," Miller explained to CEG. "There were issues with the company internally. All of the work was good, and all of the people were good. So, I told all these people — 15 or 16 of them — I am starting this new organization, we are going to start it next year, come with me." 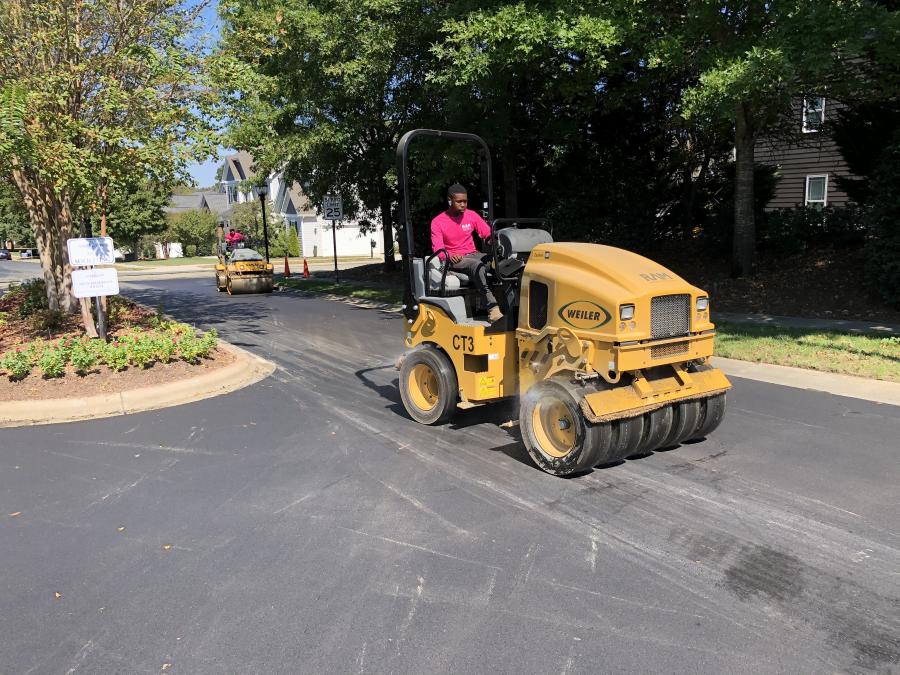 The crowd cheered Miller's news like it were a movie, but reality soon set in. When the spring came and it was time to jump ship, only one person elected to follow him down the path of uncertainty. Miller, whose background is in paving as a onetime general contractor, took his business plan to several banks that didn't hesitate to remind him of his problematic lack of "business credit."

Without securing the startup loan he desired, Miller persevered by purchasing a pickup truck and one small piece of machinery (a Desco D600 seal coating rig) as he grew the business that would become RAM Pavement out of his Charlotte-area townhome. Miller's first job — one he's said he'll "never forget" — was a project off U.S. 321 in Lenoir, N.C., made memorable by the assistance he received from a friend based in Atlanta.

"I had just gotten started that year and didn't have a whole lot of cash," Miller recalled. "I didn't know how to run the equipment, honestly, and a buddy of mine in Atlanta said, ‘I'll come there and train you and I'll bring my unit on this one, since you don't know how to use yours yet. And, all you got to do it pay for the material and I'll let you keep everything else on the job — just pay for the rent of the machine.'

"Honestly, that job put me on the map because it was a profitable job and he let me keep everything. All he wanted was enough to cover the rent and his guys and he trained my guys how to use the equipment all at the same time."

Due to having previously worked nearly a decade in the industry as a general contractor, Miller developed many strong relationships with paving vendors and sub-contractors that he put to good use in getting his new business off the ground. He also credits his education at Appalachian State University, where he studied Computer Information Systems, in helping to launch RAM Pavement as the tech age really began to take hold. 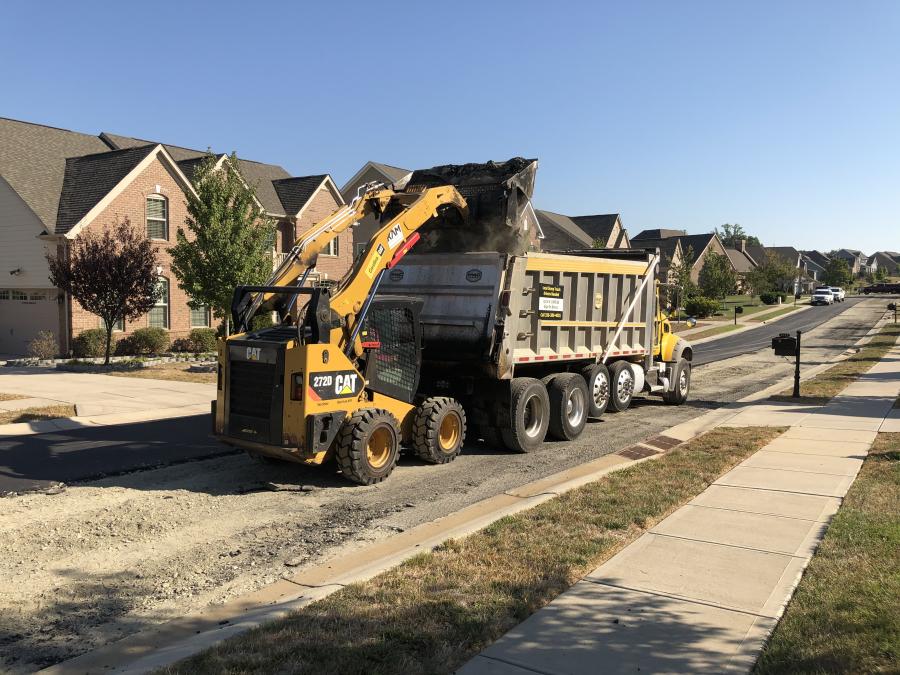 "We were very much a forefront with developing and creating strategies so the clients could have detailed maps and pictures," Miller stated. "This is very early on in 2000 when it wasn't that hot. It separated us from our competition, honestly. So, we grew really fast in the field."

Once the company's first-year challenges were firmly in the rearview, RAM Pavement moved on to bigger projects than simple stripping and patching jobs. While rehab and maintenance are still very much a part of their work, Miller and his crews are taking on more advanced milling and paving contracts from shopping centers, restaurants, commercial industry and, more recently, municipalities. These days RAM Pavement employs three paving crews, three concrete crews and five sealing crews to handle the workload.

In addition to the tireless efforts of his employees, Miller also credits RAM Pavement's fleet of Weiler paving machines for his company's growth and sustained success. They have a P265, a P385 and a nine-wheel CT3, which is a converted Caterpillar machine used to gain better compaction on stonework, as well as both better compaction and a smoother look on asphalt. RAM Pavement used another exclusive manufacturer previously, however problems with that brand ultimately led them to do business with Weiler and Carolina Cat.

"I had a lot of issues," Miller explained. "It's not all the machine, it's the people too. Weiler was a much easier machine to use that could handle a lot more work. They are going to have their breakdowns, but they can go a lot longer.

Now with Cat and Weiler together, they are a team, so if Cat can't do something, they immediately get Weiler on the phone and the engineers of the pavers are talking to you. Every time I go to Nashville for the Paving Expo, the Weiler guys are taking us out and asking, ‘What can we do to make the machine better?' That is an amazing feeling when you've got that kind of support." 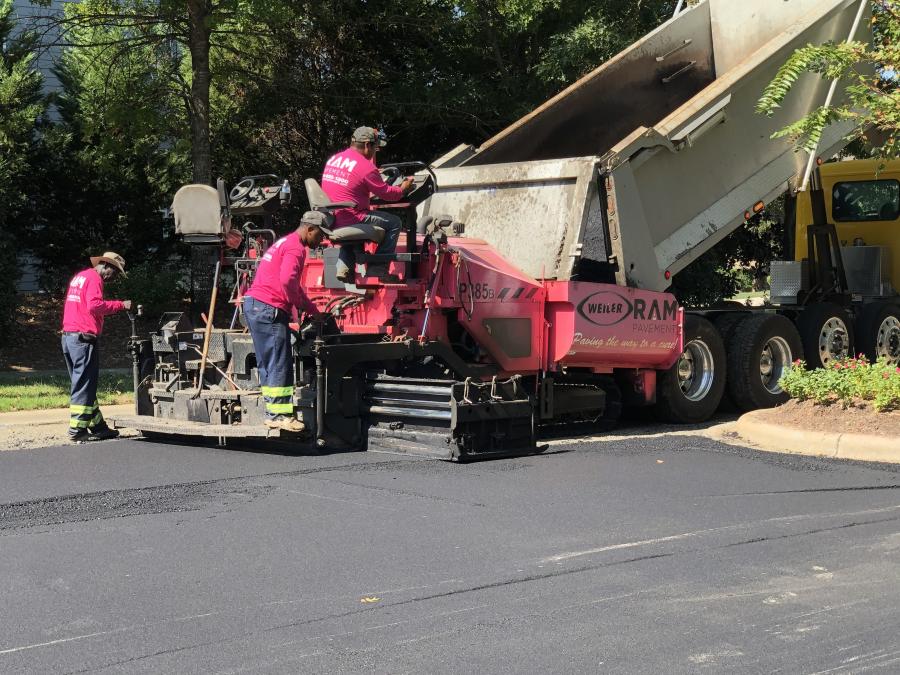 With RAM Pavement having grown to the point where they are pouring upward of 50,000 tons of asphalt per year, as well as handling a bevy of other road and paving projects, Miller has actively sought to pay it forward by supporting charities and causes both local and national such as Go Jen Go, 24 Hours of Booty, Susan G. Komen for the Cure, area food banks and many others. RAM Pavement has several pieces of equipment and a Mack truck painted pink for breast cancer awareness.

"Since the start of my business, I have always had this drive that I wanted to give back to the community somehow," Miller said. "I always felt that RAM Pavement is here in Charlotte, not just because it does good work, but because it has good people that want to do more than just the work we are doing here. It's more than just coming in to get a paycheck. I wanted to build a company where there was a great culture, and that people knew that when they came here that they are doing more than just fixing the pothole in front of them or doing the concrete work in front of them. I wanted them to know, this stands for something bigger than that." CEG