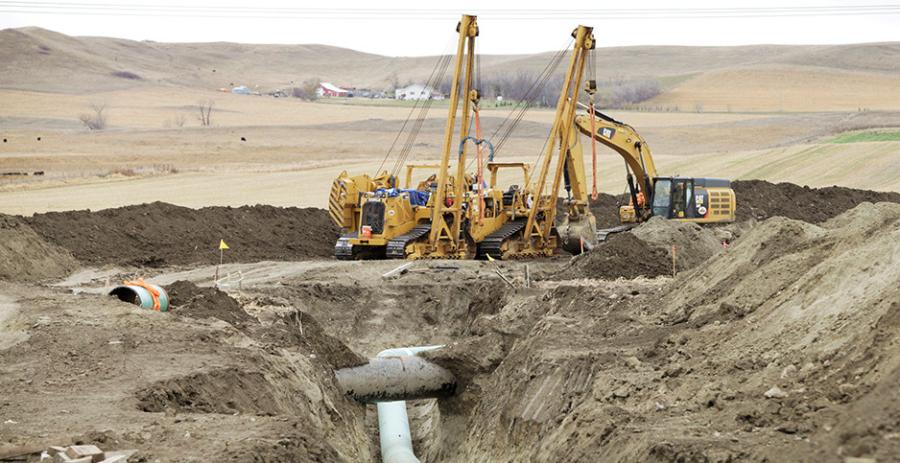 United States regulators have given the go-ahead for work to begin on almost all of the route of the 135-mi. Double E Pipeline that would link growing natural gas production areas in the Permian's Delaware Basin to delivery points near the Waha Hub in Texas.

The 1.35 Bcf/d pipeline will interconnect with Kinder Morgan's Gulf Coast Express and Permian Highway Pipelines and Energy Transfer's Trans-Pecos Pipeline, allowing for increased delivery to downstream demand markets of Permian supplies that are forecast by S&P Global Platts Analytics to reach 15.5 Bcf/d in 2023.

Heath Deneke, president, chief executive officer and chairman, said, "I'm pleased that Double E has received FERC approval, which is an important milestone in the development of the Double E Pipeline Project. SMLP continues to focus on developing this world-class project on schedule and under budget in a safe and efficient manner. Due to the efforts of the hard-working men and women developing this project to lock in costs and capture value, the total cost to complete Double E is now tracking approximately 15 percent below original budget established at FID in June 2019. We are in the process of finalizing third-party financing for substantially all of SMLP's remaining Double E capital obligations and we expect to secure financing concurrently with receipt of FERC's notice to proceed with construction. I look forward to providing more commentary on Double E, and the related financing, during our upcoming third quarter earnings call."

Permian spot gas prices have been buoyant recently, lifted higher by a spate of below-average temperature days across Texas and the US Southeast. Cash Waha Hub reached a six-week high of $2.70/MMBtu on Jan. 13.

Part of the upward movement in the cash market has likely been due to the Jan. 1 entrance into commercial service of Permian Highway Pipeline, which flows gas from Waha east to the Katy-Houston area.

In a Jan. 12 letter to Double E Pipeline, which is owned by affiliates of Summit Midstream Partners and ExxonMobil, the Federal Energy Regulatory Commission said general construction could begin in all areas except for about 2 mi. of the planned route. Work on the remaining route will need to be requested and approved separately, the letter said.

The pipeline received certificate approval from FERC on Oct. 15 by a 2-1 vote. Pushing back the targeted in-service while it was awaiting FERC approval, Double E last fall set a new target of placing the project into service in the fourth quarter of 2021.

Environmental groups filed a late motion to intervene in the FERC review last April, but the commission rejected the request.