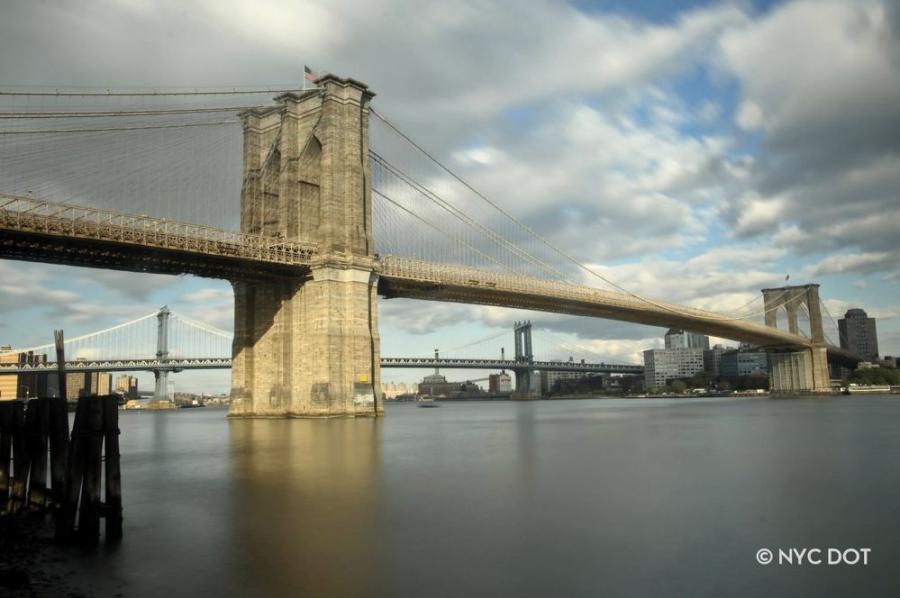 The DOT recently received a $25 million grant from the U.S. Department of Transportation to help fund repairs. It’s the maximum award under the USDOT’s BUILD program.

The New York City Department of Transportation has given contractors the nod to begin work on a project to restore the Brooklyn Bridge. Navillus Contracting and the MLJ Contracting Corp. are partnering on the $238 million restoration work. 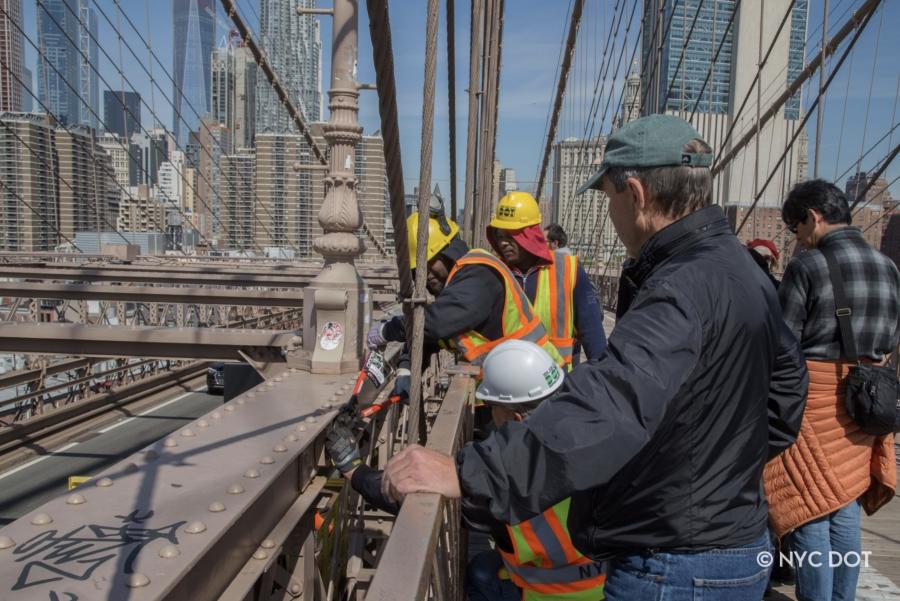 "The Brooklyn Bridge, completed in 1883, is arguably the best known piece of transportation infrastructure in the United States — equally iconic for its role in popular culture, its special place in the history of civil engineering, and as an unprecedented example of public investment in transportation as a means of leveraging economic growth," according to the DOT. At the time it opened, it was the longest suspension bridge.

"Celebrated in film, song and photography; it also has earned its status on the National Registers of Historic Places, as a New York City Landmark, and as an ASCE Civil Engineering Historic Landmark. On an average day, the bridge carries over 100,000 vehicles, as well as 4,000 cyclists and 10,000 pedestrians on its world-renowned promenade." 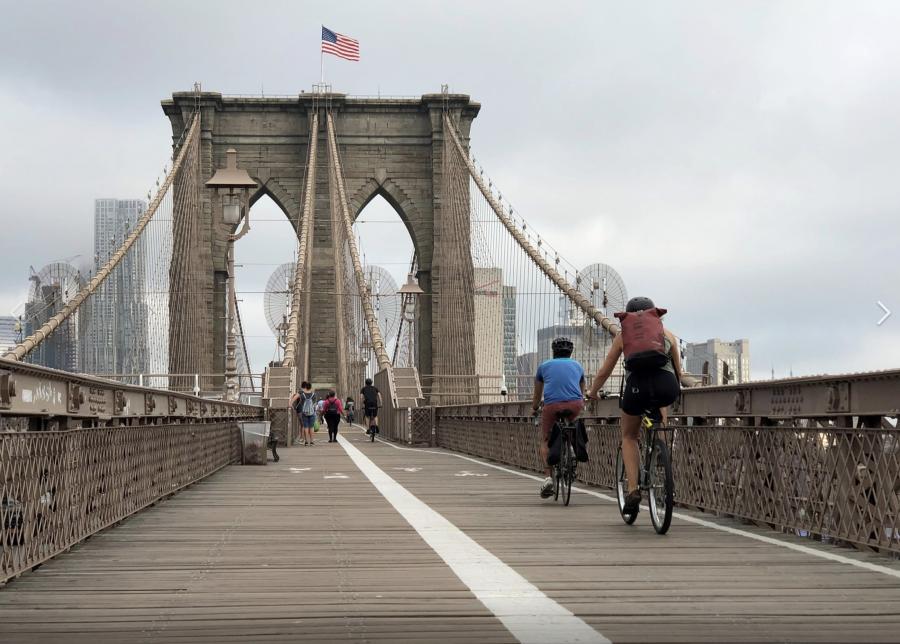 The two towers were built by floating two caissons giant upside-down in boxes made of southern yellow pine in the span of the East Rivera and then building granite stone towers on top of them until they sank to the bottom of the river, according to a historical document shared by the DOT.

"Compressed air was pumped into the caissons and workers entered the space to dig the sediment until the caissons sank to the bedrock. Workers labored in the caissons to build the massive foundation and were often afflicted by Caisson Disease, known then as the bends. In 1872, Washington Roebling came down with the decompression sickness and was confined to bed. His wife, Emily Warren Roebling, oversaw the construction of the project with the supervision of her husband.

"Emily Roebling is now widely recognized as a pioneering female engineer and Brooklyn Bridge became an early feminist victory. Emily Roebling was the first human to cross the completed bridge. She did so with a rooster in her lap for good luck."

The DOT recently received a $25 million grant from the U.S. Department of Transportation to help fund repairs. It's the maximum award under the USDOT's BUILD program.

"We are grateful to Secretary Elaine Chao and USDOT for awarding NYC a $25 million BUILD grant for the major rehabilitation of the iconic Brooklyn Bridge," said NYC DOT Commissioner Polly Trottenberg. "At 135 years old, our world-renowned and beloved bridge needs a lot of care, including work on her approaches and her soaring, majestic towers."

The work on the bridge towers' "signature Gothic arches" will be the first since their construction, strengthening both towers — including against seismic activity. The project's total cost is $337 million.

The DOT's project goals for Contract 7 are:

And on the Manhattan Approach are:

The project is slated for completion in April 2023. CEG