Authorized Equipment has been a well-respected staple in the Middle Tennessee heavy equipment rental business for many years. Their well-maintained fleet included 50-plus artic trucks, 60-plus excavators, dozers, skid steer loaders and more.

The bidders came from throughout the United States, Mexico, Central America and beyond. Many more registered to bid online. CEG 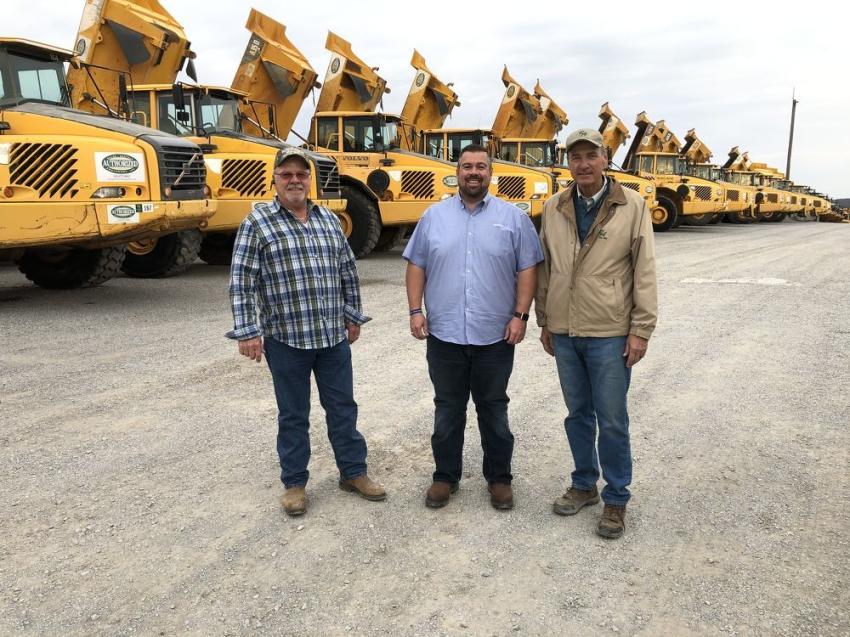 (L-R): Chris Stephens of Authorized Equipment with Daniel Pruitt and Dewain Ritchason, both of Ritchason Auctioneers. 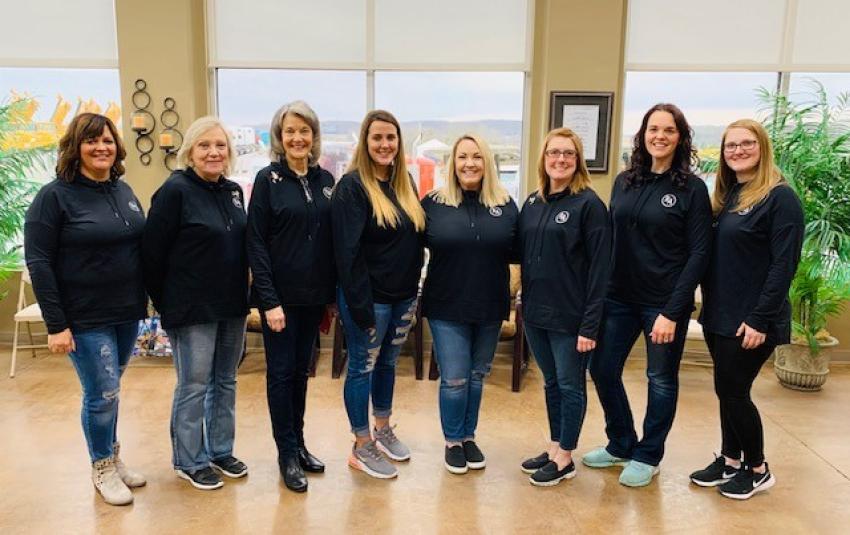 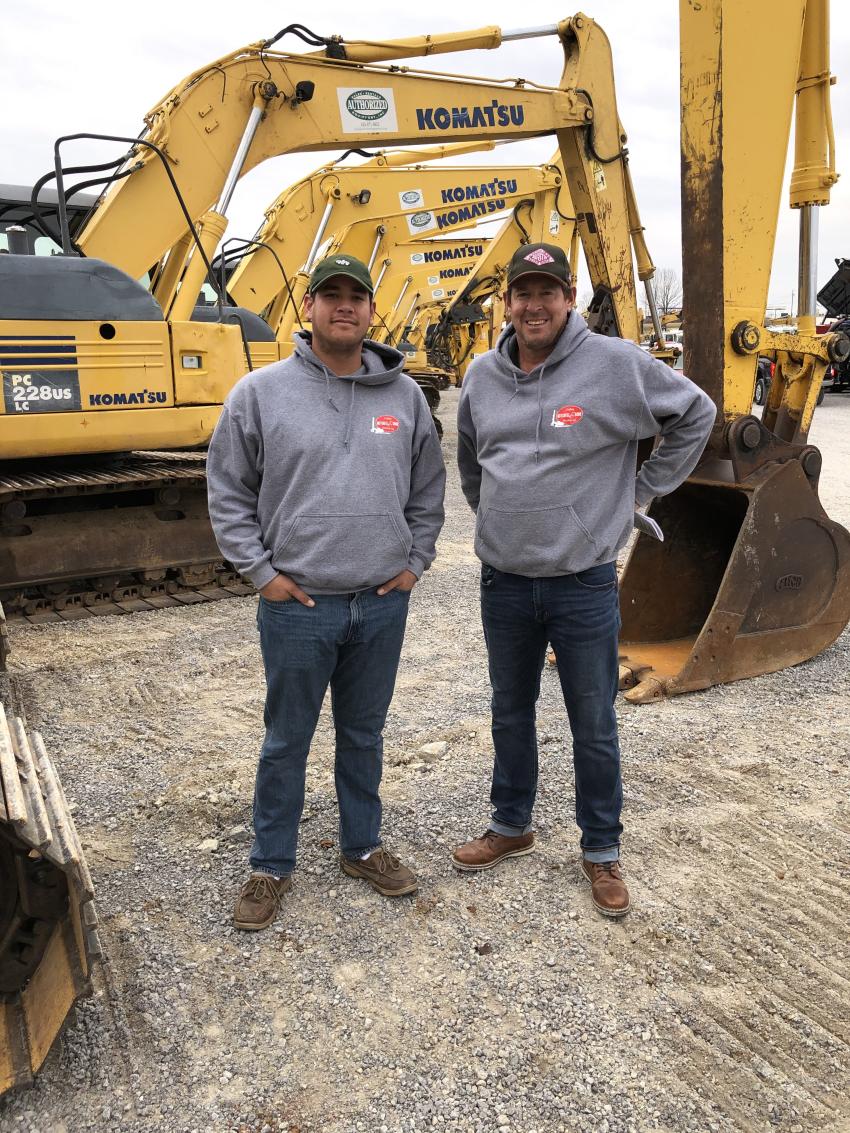 Jim and Scott Mitchell of Mitchell & Sons Drilling & Blasting in Lebanon, Tenn., came to the auction site the day before the sale to inspect the machines they wanted to bid on. 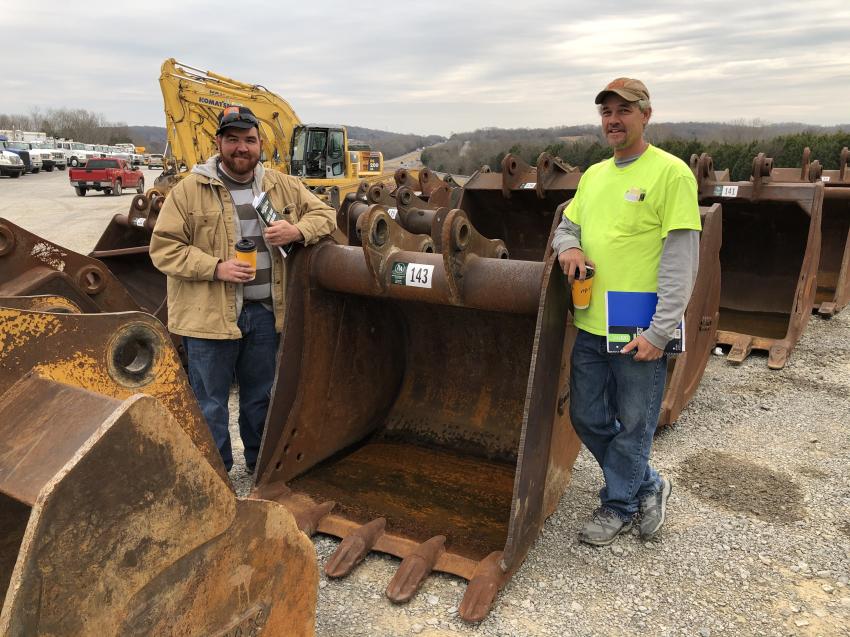 Looking over the excavator buckets are John Wolfenbarger (L) and Stacey Sexton of Sexton Construction in Maynardville, Tenn. 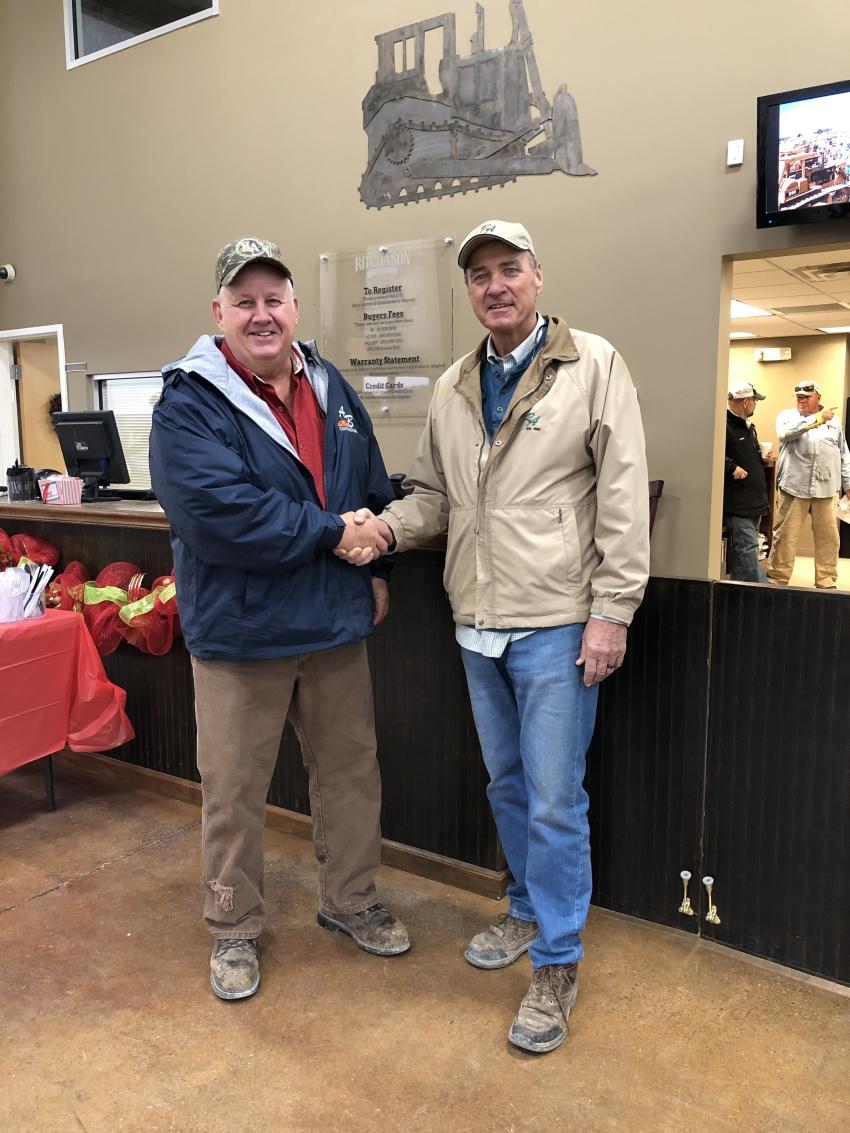 Jim Marvel (L) with A&B Contracting in Nashville is welcomed to the auction by Dewain Ritchason. 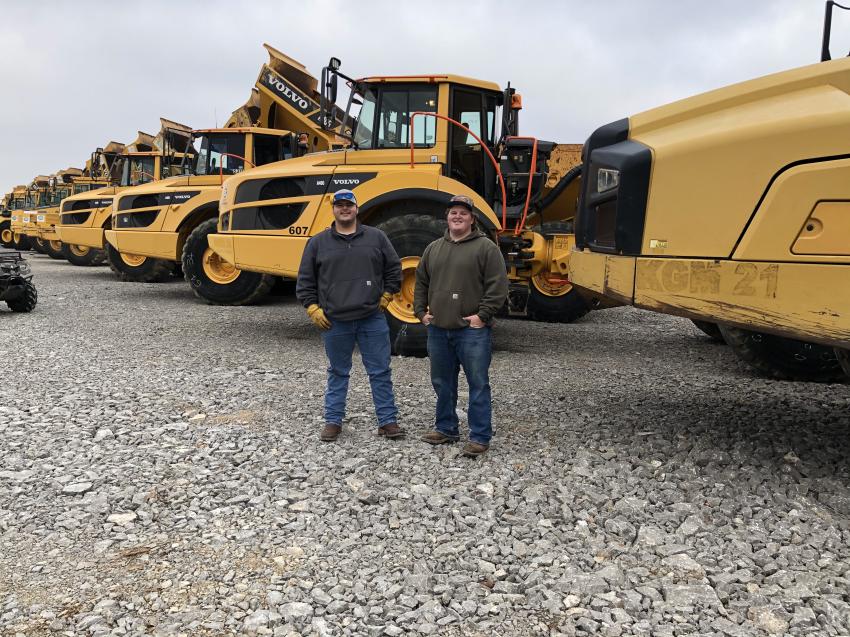 Brady Silcox (L) and John Birdwell, both of NRH Construction in Gallatin, Tenn. 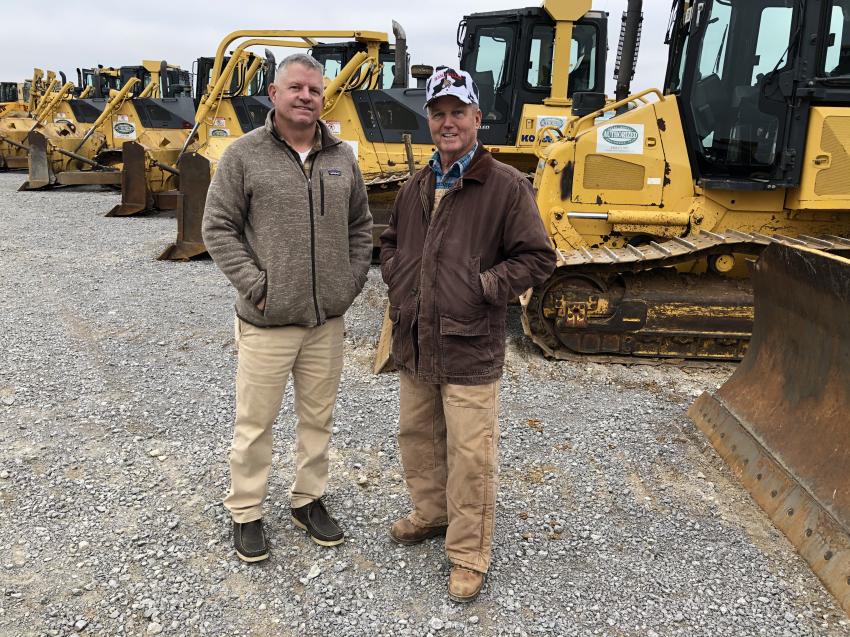 Chris Simerly (L) of Simerly Excavating LLC in McMinnville, Tenn., and Malcolm Jessup of Jessup Grading in Spencer, Tenn. They were both interested in a couple of Komatsu dozers and excavators. 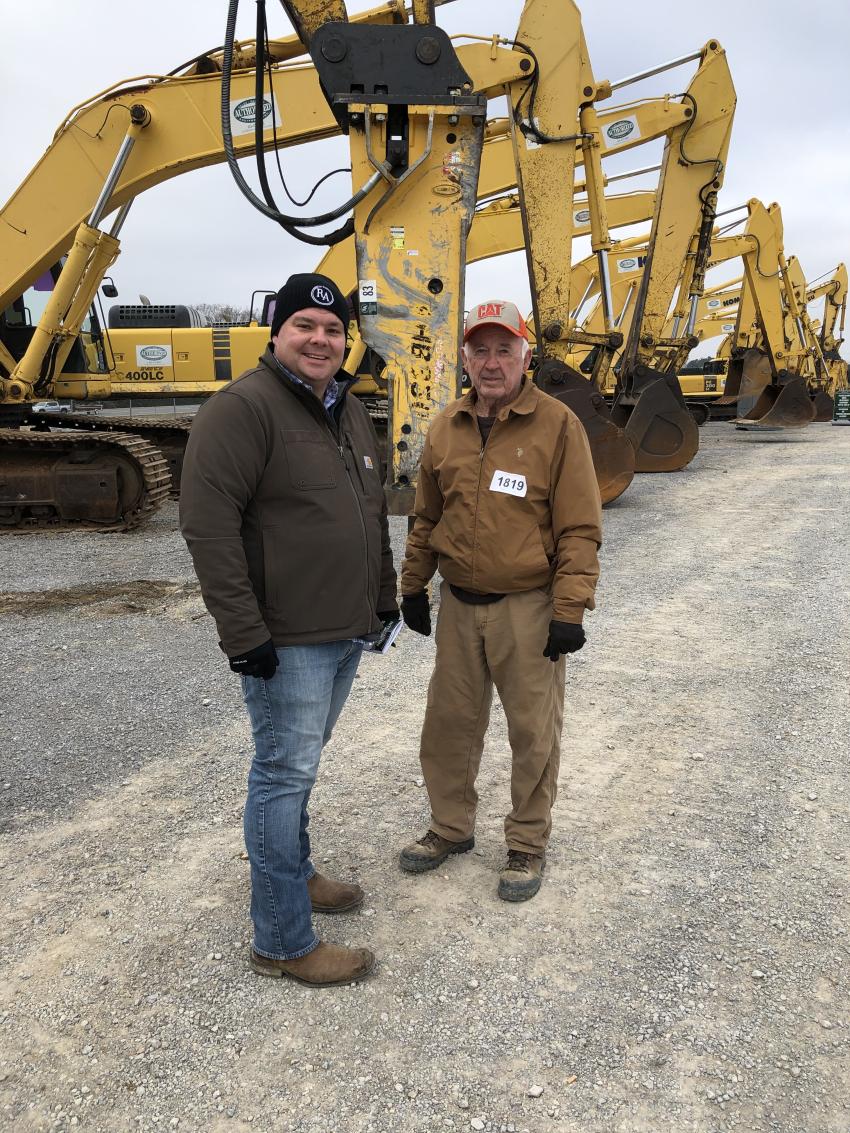 Chip Hayes and Terry Crabtree, both of Retreat at Waters Edge in Tracy City, Tenn., came to the auction to buy excavators, trucks and dozers. 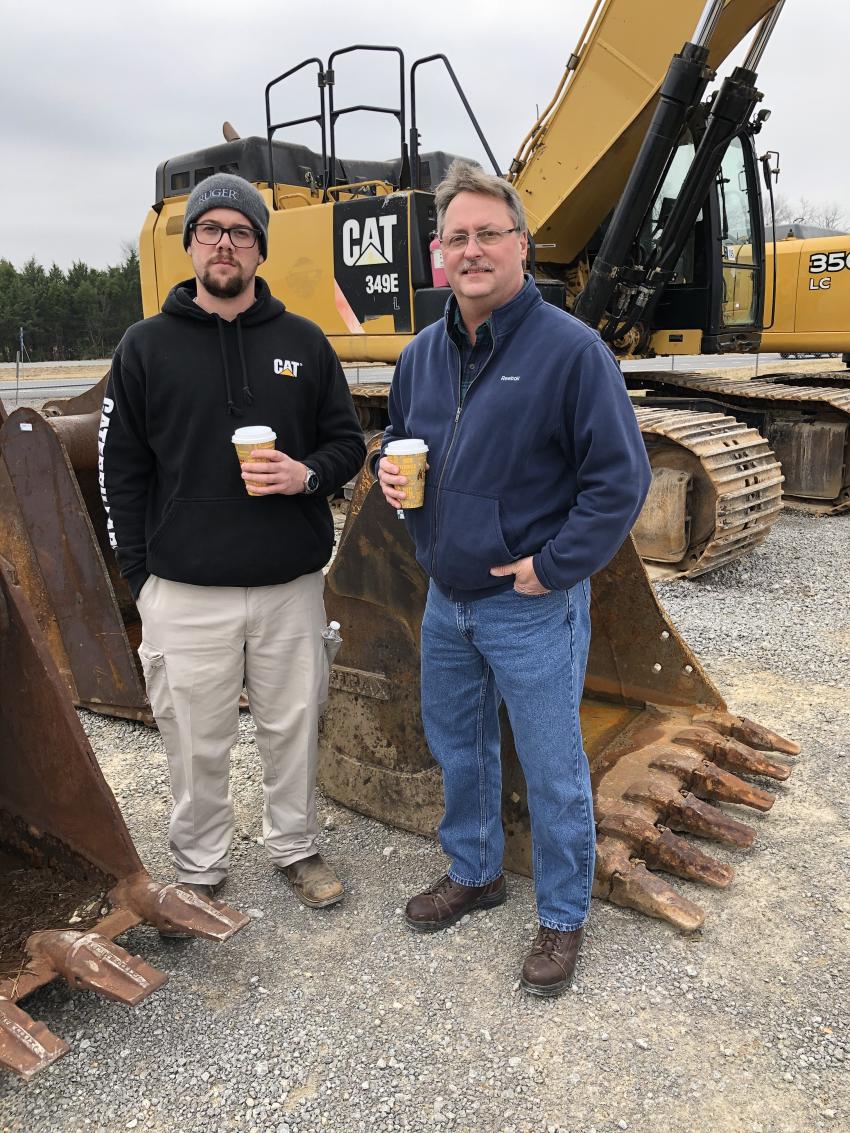 Dillon Harbin (L) and Todd Jakoby, both of Stowers Cat in Knoxville, Tenn. 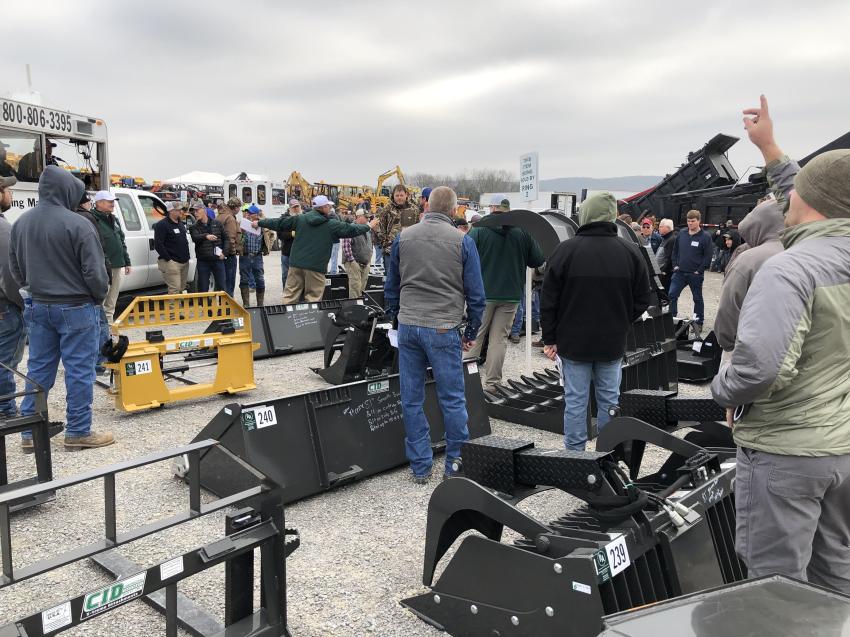 The auction also included a wide selection of attachments.