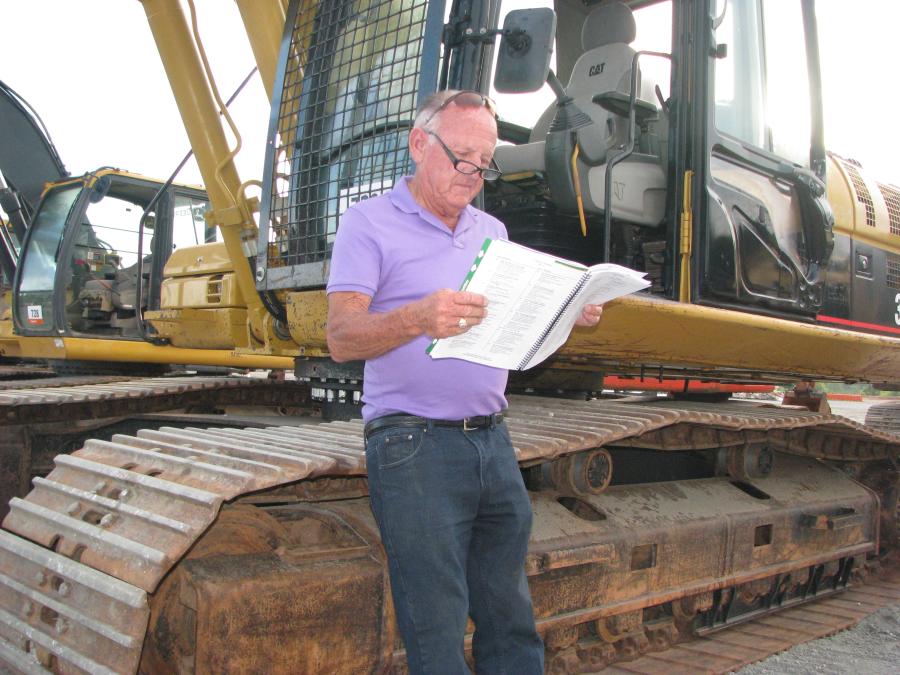 Bob Wigington of Wigington Contractors, Jasper, Ga., reads up on the excavators in the sale.

More than 1,900 equipment items and trucks were sold in the auction, including 65 excavators, 40-plus skid steers, 60 aerial work platforms, 150 truck tractors, 140 trailers and more.