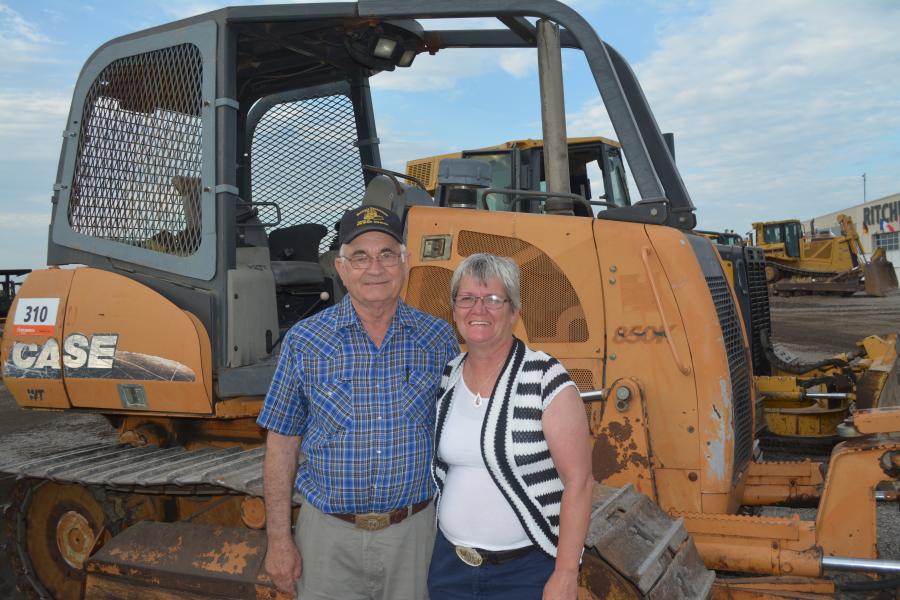 Jearle and Tammy Nichols operate Nichols Equipment in Yellville, Ark. They were shopping dozers like this Case 85K at Ritchie Bros.’ Fort Worth sale.

Ritchie Bros. sold more than $44 million of equipment and trucks over two days at its live, unreserved auction in Fort Worth, Texas.

“We had a great turnout this week — with attendance up approximately 12 percent year over year — resulting in strong pricing across most equipment categories,” said Dolan Aucoin, sales director, Ritchie Bros. “Speaking with contractors at the auction, many of them have a nice backlog of projects, which is keeping demand high at our auctions. We also saw solid pricing on the transportation gear and oilfield-related equipment featured in the auction.

“We would like to thank all our buyers and sellers in Fort Worth this week; and encourage equipment buyers to check out the more than 1,000 items being sold online through IronPlanet.com.”

Ritchie Bros. currently has more than 40,000 equipment items, trucks, and other assets listed for sale in its upcoming onsite unreserved auctions, IronPlanet weekly online auctions, Marketplace-E and its other marketplaces.