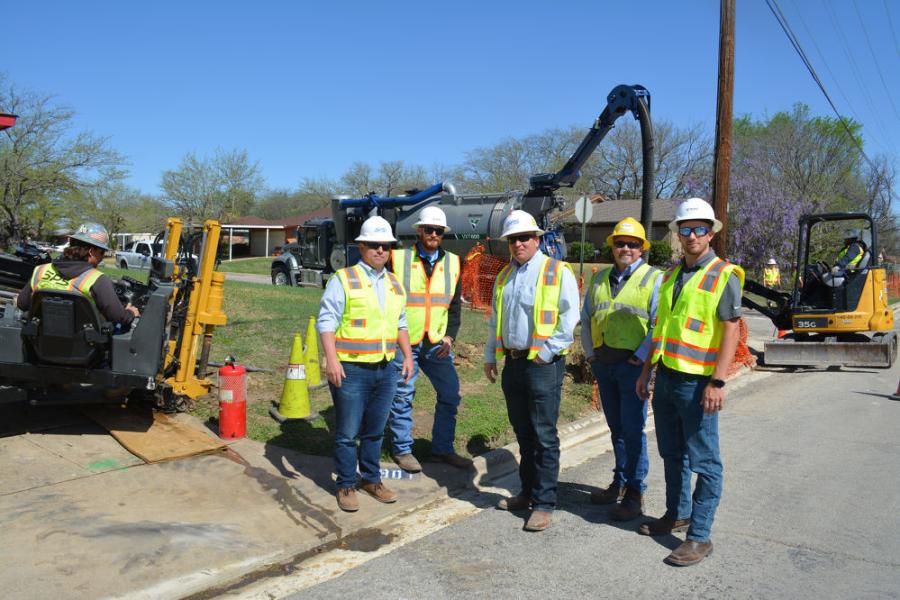 Superior Pipeline Services (SPS) has been a successful contractor in Fort Worth and the surrounding area for more than 20 years, and the company is growing because of its willingness and ability to adapt.

Founded in 2001 primarily as a roustabout service operating in the Barnett Shale, the recession of 2008 moved the company's focus away from midstream gas and oil transportation to the distribution of natural gas to residential, commercial and industrial segments. 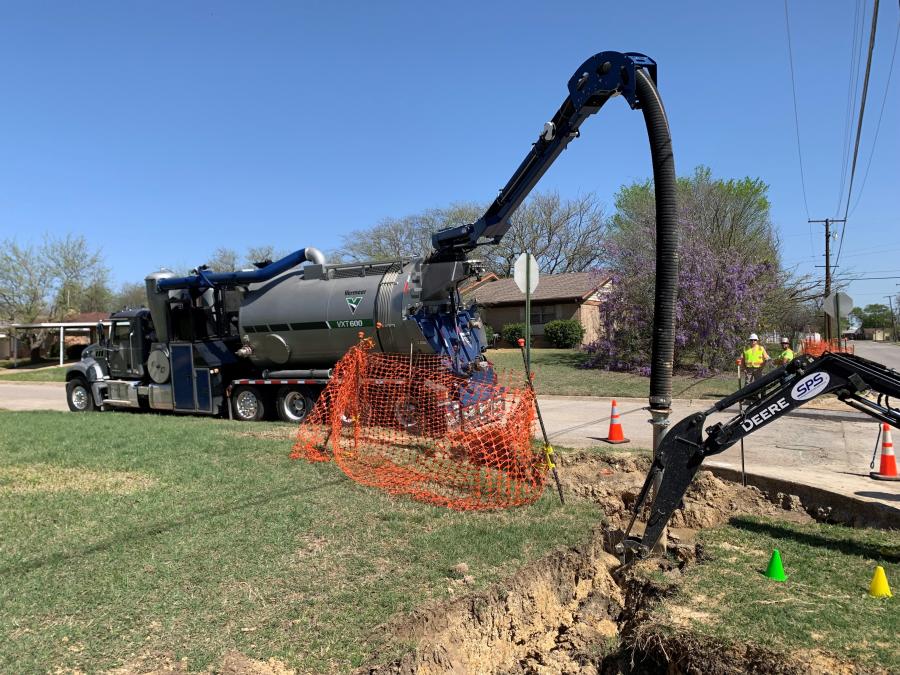 Since then, major Texas utility companies have looked to Superior for gas line remediation and the installation of new lines in the rapidly growing North Texas region.

But over the past several years, crowded underground utility space and a focus on safety has necessitated another major adaptation — this time to vacuum excavation and more specifically, hydrovac machines.

"The days of utility contractors dropping a bucket in the ground to repair or replace existing lines are over, especially in metro areas of Texas," said Chris Reinmiller, company president.

Superior has partnered with its primary equipment supplier, Vermeer Texas-Louisiana, to address the three basic tenets of the contractor's business philosophy: Reinmiller and his management team believe that if you give priority to safety, treat your employees well and take care of your customers, it will follow that profits and other goals will be achieved.

Equipment plays a part in all three.

Safety Must Always Be First

Cory Kelsey, vice president of operations of Superior, said gas lines are the trickiest of all utility work.

"Tolerances are very tight," he said. "There is a lot of stuff in the ground. A four-by-four hole can have six different utilities running through it. It takes a very skilled operator and the right piece of equipment to do this. A mistake can be costly, or worse yet, deadly."

"More and more, utility companies require a ‘soft dig' in order to avoid striking existing lines," he said. "It's a way to dig a hole without a bucket or mechanical device. Water digs the hole and the vacuum keeps it clean. Superior utilizes our Vactron [Editor's Note: Vactron equipment is now branded as Vermeer MV Solutions.] units, which are trailer-mounted as well as large vacs mounted on Mack or Kenworth trucks, like our VXT600. The hydrovac exposes the existing lines without disruption, allowing for a clear visual for the work that needs to be done. But Cory can get very creative with a truck vac…. we've seen him dig an entire trench with the truck vac when conditions call for it." 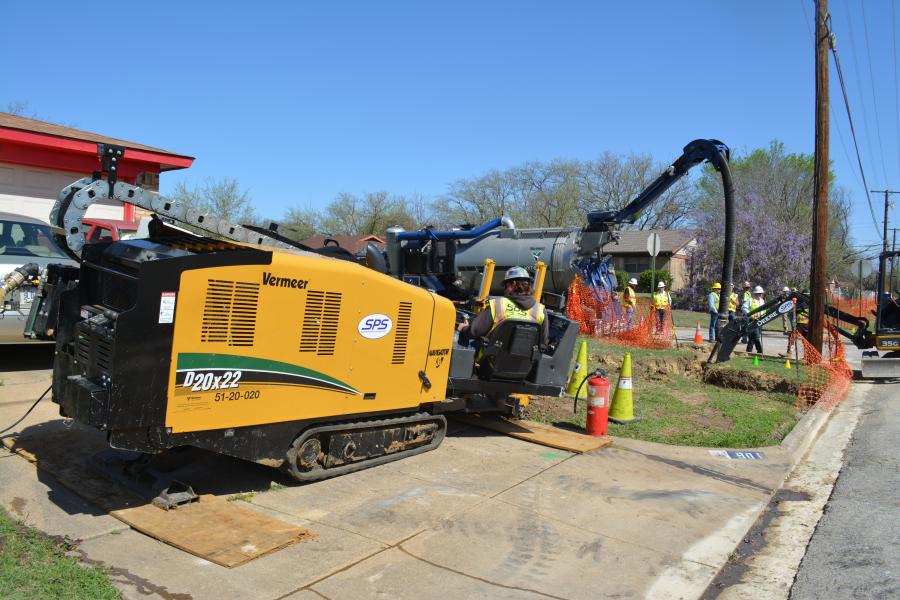 A recent job in a residential neighborhood of Everman, was typical. The job called for approximately 1,000 ft. of gas line to be replaced with 4-in. poly.

According to Cory, as he likes to be called, they were looking for five things as they excavated with the Vermeer VXT600 truck vac.

"Existing gas lines, water, sewer, electric and fiber lines are all down there," he said. "We're there to work on gas lines, but we need to identify and avoid all the lines, both main and service lines."

Superior utilizes one of its seven Vermeer horizontal directional drills to bore for the replacement lines once the hydrovacs have done their job. The company's fleet includes two Vermeer D20x22s, two D23x30s, two D23x30DRs and a D7x11. The drill rigs work side by side its 11 Vactron excavation units, and six truck-mounted hydrovac excavators.

Every piece of equipment, according to Cory, helps accomplish their goal to do "whatever it takes to minimize any kind of danger. The last thing we want to do is tear up existing electrical or plumbing."

Superior's total fleet currently numbers more than 200, operated by more than 60 crews and Superior prides itself in the quality of that workforce.

Acquisition and retention of those employees is critical to the company's continued growth. Reinmiller said there are a few factors that have contributed to the company's ability to hire and keep the right people.

"First, obviously we must pay our employees well," he said. "But believe it or not, the equipment we provide them with is also key. With the Vermeer drilling and vac excavating machines, we feel we're giving them the best equipment and the best support available at any price. Our people appreciate that."

Cory agreed and said they're fortunate there is no shortage of utility work right now.

"Our major customers keep us busy with work," he said. "If we prepare properly, train our employees and give them the tools, we'll be successful and that's why we're growing."

Supervisors, Reinmiller said, are empowered to make field decisions and take care of customer demands. That creates an atmosphere where customers' requests (or demands) are handled quickly at the field level.

Peak Utility Services Group purchased Superior from founder Lynn Ayres a year ago, and that has propelled the company to a new level, according to Cory, who has been with Superior for more than 20 years.

"Peak wants us to grow and are supplying us with the resources to grow," he said. "When I started, we had just 25 employees. Obviously, that's a small fraction of what we have today."

With truck vacs requiring an investment of around a half-million dollars each, Peak's capital has been instrumental in giving Superior the resources to grow with their customers.

Reinmiller noted that Superior's customers were growing rapidly and required their contractor partners to keep pace. 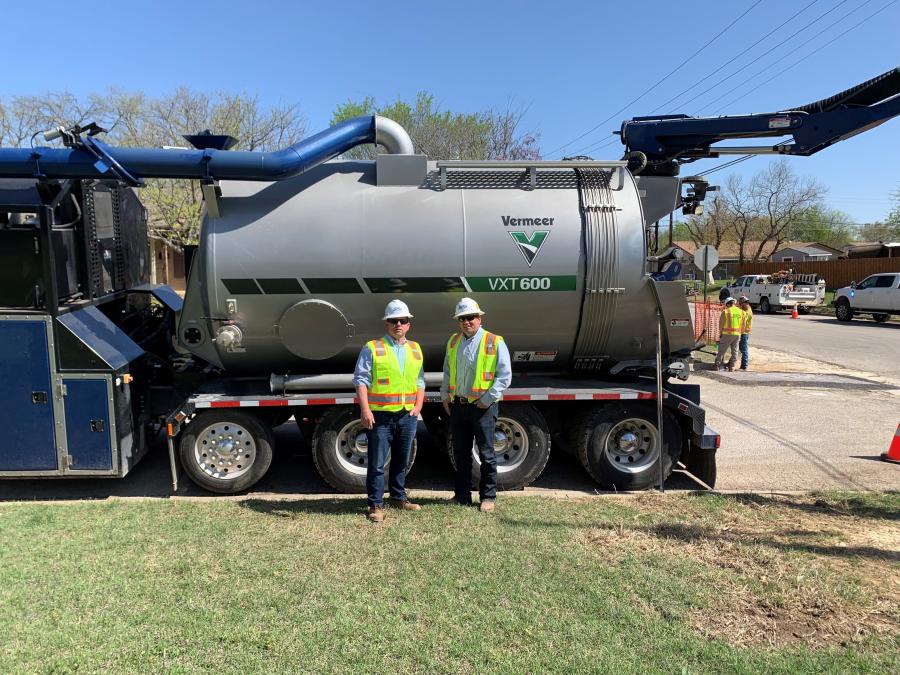 "We've worked for two major utilities for years, and they both are growing and expect us to do the same," he said. "And we are trying to outgrow our competition, as well."

Having a solid ownership group and a solid equipment partner are both important to our growth, Reinmiller added.

"Our relationship with Vermeer Texas-Louisiana feels like a partnership," he said. "They are committed to keeping us up and running. They do a ton of work training our employees and they are Johnny-on-the-spot when we are down for any reason. With them being local and having branches all over the state, it's easy to get support, but frankly, Vermeer drills are very durable and require less support than other brands we've used. Durability is key. When the drill shuts down, the job shuts down. We run them hard. Downtime can cost $10,000 a day, depending on the size of the crew."

Cory said the right equipment supplier has been a game changer.

"Our relationship now is that when we need something – equipment, parts or service - we can get it. It's hard to grow without the right equipment vendor relationship. It is absolutely vital."

By prioritizing safety, empowering its employees and treating customers with respect by performing work with the utmost professionalism and expertise, Superior Pipeline Services is sure to see even more periods of growth and sustained success.

"We see fly-by-night customers all the time with Texas having so much work," Vermeer's Cox said. "But SPS has uniquely positioned themselves as the go-to contractor for gas line remediation. We're proud of our relationship with them, but they are an absolute top-tier contractor." CEG