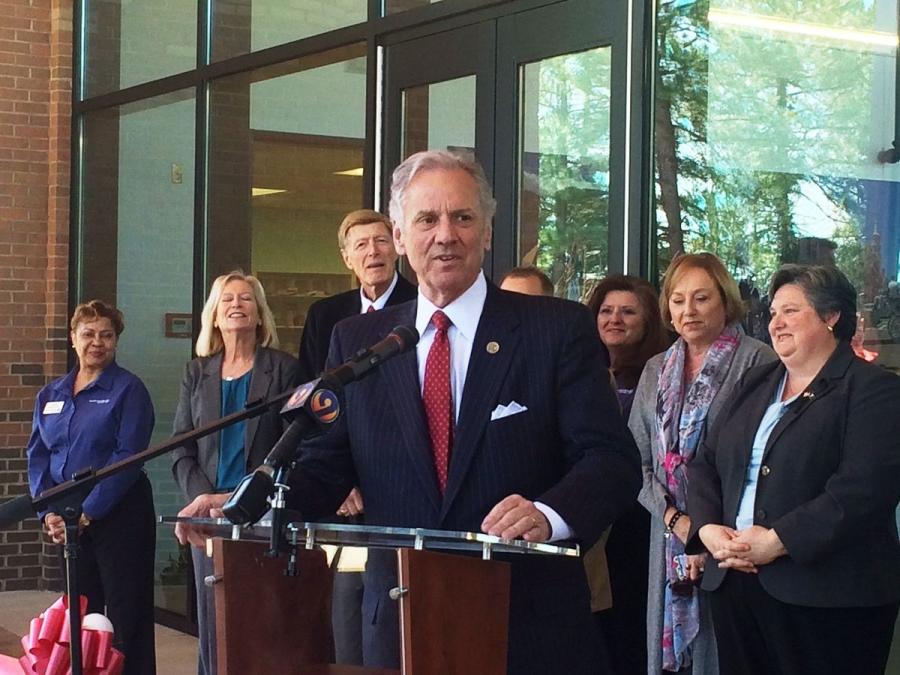 In an effort to help rescue the Palmetto State from having one of the worst road systems in the country, South Carolina's Senate voted April 26 to increase the state's gas tax, the second lowest in the nation.

Remarkably, in a largely conservative state known for its staunch opposition to tax increases, the gas-tax hike was supported by 34 state senators, a number that is much more than the two-thirds needed to withstand a veto by Republican Gov. Henry McMaster.

The governor has said that he would not sign any bill that increases taxes in the state.

If the gas-tax hike was ultimately approved, it would be South Carolina's first gas tax hike in 30 years.

All signs, though, point to that being a very big “if.”

Nevertheless, in doing so, the Senate joined the House of Representatives to boost the tax, which is currently at a low 16.75 cents per gallon of fuel.

Like most states, that revenue is earmarked for fixing South Carolina's more than 40,000 mi. of roads, highways and bridges. The DOT figures it needs $500 million just to fix the road pavement in the state, with many millions more needed for other improvements each year.

After weeks of debate, the Senate approved an incremental 12-cent increase over 6 years, following the House action on March 1 to bump up the tax 10 cents over five years. Both plans would also include increases in driver's fees and each would bring in roughly about $600 million annually for highway and bridge repairs.

With just a couple weeks left in the legislative session, though, a number of other differences in the Senate and House versions of the bill must still be negotiated.

For instance, in order for the Senate to get 34 of its members to support the bill, a compromise to the House version was made that would change the management structure of the SCDOT and bring it under the control of the governor.

Most contentiously, in order to get the needed votes, a number of other tax cuts and rebates were included in the Senate bill. Many of those actions were not part of the House version and their inclusion is a hot button issue in the House and Senate negotiations.

The danger of the negotiations lies in the fact that any major changes to the final bill could also lose the support of some of the 34 senators that helped pass the Senate version. That could then make it possible for Gov. McMaster to make good on his vow to veto the gas-tax increase without the threat of a legislative override.

The likelihood of a compromise between the two bodies, and the governor putting pen to paper that would fix the state's highways, appears to be in serious jeopardy as the House and Senate are only expected to be in session until about June 1.

In the event the gas-tax bill is not approved by then, all of the legislature's efforts would be wasted and proponents would have to restart the process next year.

South Carolina's roads have been rated as the deadliest in the United States by AAA, with 6,000 crashes in 2016 resulting in death or serious injury — many of those due to poor roads. SCDOT Secretary Christy Hall has labeled the condition of the roads as being “in a state of crisis.”

By increasing the gas tax to 26 or 28 cents, the state's levy would be on par with Georgia's 26 cents per gallon, but short of North Carolina's 34.3 cents-per-gallon tax which, by law, will continue to increase.

Those states also are spending more on road construction projects than South Carolina, which creates more jobs and has brewed a toxic mix of bad roads and fewer jobs for the state, according to proponents of the gas tax boost.

Not all of that tax burden would fall to South Carolina residents, however, as a projected 30 percent of the new revenue would be paid by out-of-state drivers and tourists when they gas up at the state's pumps.

The condition of the Palmetto State's road system clearly frustrates a lot of South Carolina's business and political leaders, some of whom came together as a newly-formed group at the State House in Columbia in February to vocally support the bill's passage.

Extraordinarily, in a state with a large majority of no-tax Republicans in all walks of society, the bipartisan South Carolina Roads Coalition applied pressure on the Republican-led State House, Senate and Governor's office to vote for the gas-tax bill and bring the state's road conditions to a higher standard.

Many of the members of the Coalition have referred to the road system as a “disgrace” and an “embarrassment.”

That group includes Rick Todd, president and CEO of the South Carolina Trucking Association, who spoke at the State House in support of the House bill prior to its passage. The SCTA has about 600 corporate members.

“We've come together today with hope, belief and optimism that 2017 might finally be the year that we secure significant, recurring and dedicated funds to fix and improve South Carolina's highway infrastructure,” Todd said on Feb. 21, flanked by a large contingent of his state's fellow business leaders. “This is an issue that impacts the quality of life, safety and enhanced economic prosperity for all South Carolinians.”

Jordan Marsh, vice president of the South Carolina Alliance to Fix Our Roads, bluntly stated when contacted for this story that “We have now had five years of band-aided roads and bridges and the number one issue that these legislators have been challenged with is 'Find a long-term road-bill solution!'”

Marsh's non-partisan and non-profit organization is made up of state business leaders, associations and chambers of commerce, and possesses the same goals as the South Carolina Roads Coalition.

Many of the Alliance's members also include construction contractors and construction-related businesses.

Todd said he is optimistic that the governor will decide to sign the House and Senate bill into law because so many people in the state, including most political leaders from both parties, as well as residents and motorists, have complained — often loudly — about the deteriorating roads.

“It has been a full 30 years since our legislature has raised the state's driving fees and put that into pavement,” Todd said. “Our roads are suffering from long-deferred maintenance. The secondary and primary roads all need it. The secondary system, in particular, is in terrible shape.

“Our interstates are in decent shape but we have many sections that need more work and more capacity. I think South Carolina has generally done a good job of focusing on bridges and, overall, has better bridges than your average state.”

He listed a variety of specific problems South Carolina motorists face on a day-to-day basis, including pavement deterioration, narrow lanes, minimal shoulders and inadequate striping, signage and lighting. In addition, he cited bad engineering and design at many intersections and curves.

Marsh maintains that the SCDOT has done a good job maintaining the state's crumbling roads with what it has been given, but added that “it has been proven that South Carolina funds its roads 67 percent less per mile than any other state in the region.”

Todd said the member companies in the SCTA have expressed anger and frustration with the condition of the state's roads and are in a good position to compare them to roads in other states.

“They know that they are paying a lot more per mile to run in other states, but they know that they get what they pay for,” he explained. “Bad roads cost businesses money in terms of inefficiency, safety and maintenance on their vehicles because of having to operate on these inadequate roads.”

He added that the construction industry statewide is heavily dependent on trucking and its leaders, too, have expressed concern to him about the cost and safety of moving equipment, material and personnel along deficient highways.

Todd said that he, along with the groups he represents, hate higher taxes as much as anyone else, but have come to the conclusion that in order to fund the highways properly, there is no alternative but to support and implement a gas-tax increase.

In the end, Todd said, “Our current 16.75 cents-per-gallon tax is just spread too thin and the rates of our sister states, by the time you add any kind of local tax or sales tax, are more than double ours. It is really ridiculous.” —CEG