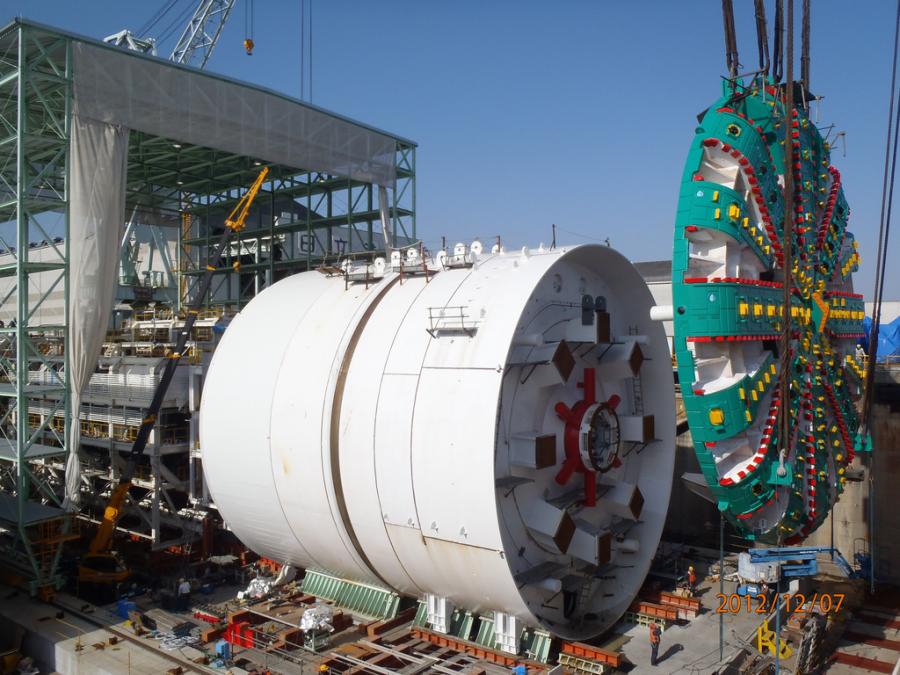 As part of the conditions for lifting the suspension for cause, STP will be permitted to tunnel forward and install approximately 25 concrete tunnel rings. During this time, they must demonstrate that they have implemented a number of changes to ensure they can safely continue mining. These changes include:

• Updated tunnel work and quality plans, including calculations of the amount of soil removed during excavation of each tunnel ring.

• Realignment of key personnel within their quality assurance program.

• New personnel at key positions within the tunneling operation.

• Restructured daily tunneling meetings that include additional participants and protocols.

WSDOT made the decision to conditionally lift the suspension for cause after its team of tunneling experts evaluated documentation submitted by STP over the past several weeks. While mining can resume, barging activities are still restricted pending submittal of additional documentation. STP will remove excavated soil by truck as they continue addressing the barging issue. Repairs to the pier that was damaged during the Jan. 12 barging incident were completed.

Work was suspended for cause on Jan. 14 per section 14.2 of the contract, which says the state can suspend work without liability to WSDOT under a number of conditions, including the contractor's failure to “correct conditions unsafe for the project personnel or general public.”

The suspension for cause only addressed tunneling operations involving the tunneling machine and the loading of barges at the site. It did not apply to the other ongoing work under the design-build contract with STP or any other contracts being managed by the viaduct program.

After the suspension for cause was put in place, WSDOT notified STP that they would need to confirm the following things before mining could resume:

• The tunneling machine is operating as intended and meets the design-build contract's technical requirements.

• All necessary training for staff on the tunneling machine is complete.

• The tunneling work plan is updated to address the over-excavation that led to the sinkhole.

• Processes are in place to ensure STP's tunneling work plan is followed.

The tunneling machine is currently located west of the Alaskan Way Viaduct, near South Washington Street. The conditional lift will remain in place for approximately 160 ft. (49 m) of tunneling. During this period — which is considered part of STP's initial testing phase — STP will be operating with additional communication with WSDOT and its tunneling experts. If STP demonstrates that its revised mining procedures are effective, crews will continue mining an additional 100 ft. (30.4 m) north to a planned maintenance stop. Once there, crews could spend several weeks performing final maintenance before the machine tunnels beneath the Alaskan Way Viaduct.

WSDOT will fully close SR 99 through downtown for approximately two weeks while the machine passes beneath the viaduct. The closure date will depend on the tunneling machine's progress.

“WSDOT, in consultation with its team of tunnel experts, lifted the suspension of tunneling for cause and said that conditional tunneling should resume for 25 more tunnel rings. I concur with their decision, and WSDOT has notified the contractor,” said Inslee.

“The contractor has a plan for modifying tunnel operations to ensure positive ground control. It has also made changes to key personnel, and it has put in place protocols for quality control and assurance. The contractor now has an opportunity to show progress during this test period, prior to tunneling under the viaduct and underneath Seattle,” he said.

“Above all else, this project has always been about safety. We must continue our work to replace the viaduct, but we have an obligation to ensure that work proceeds safely. We will continue to work with STP while taking whatever steps are necessary to protect the interests of the public moving forward,” he said.