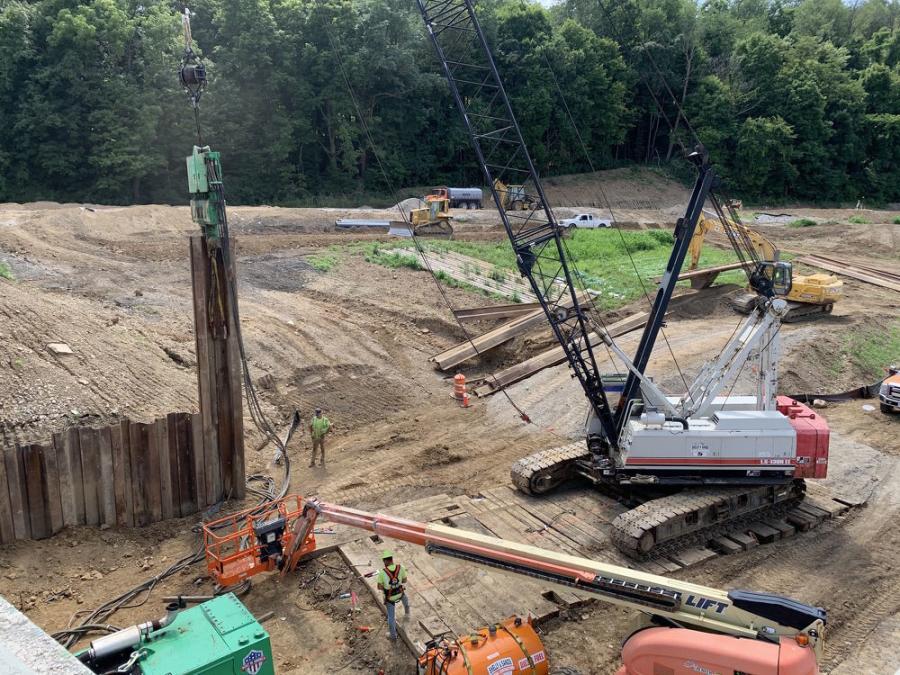 Shelly & Sands Inc. crews started work on the Ohio Department of Transportation's $8,840,000 State Route 37/State Route 661 and State Route 16 interchange improvement project in the southern boundary of the village of Granville, Ohio, an initiative that began in June and should be completed in fall 2021.

The project is reconstructing the bridge carrying SR 37/SR 661 over SR 16, and also includes:

"The interchange provides access to SR 37 and SR 661, which are important connectors due to development in the area and access to and from Interstate 70 in the southern part of Licking County," said Morgan Overbey, ODOT District 5 public information officer, who noted that the traffic volume on SR 16/37/661 consists of local, commuter and commercial traffic traveling to and from Columbus, Denison University, Granville, the city of Newark and the SR 161/37/16 corridor. 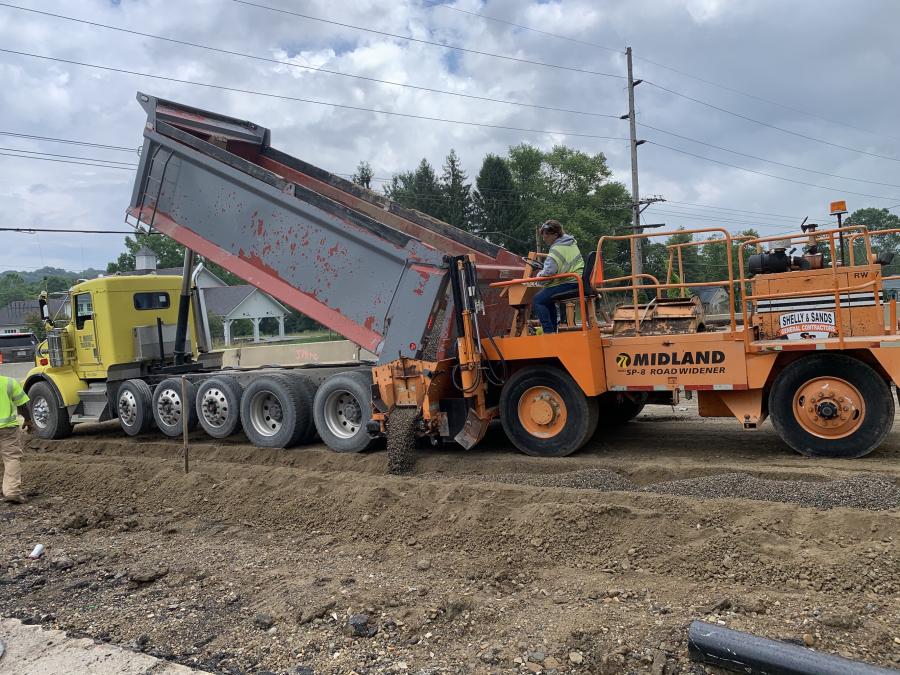 The project, funded by ODOT and the Licking County Area Transportation Study (LCATS), has been in the planning for many years, and when completed, will close the access from SR 16 westbound to River Road with the addition of a cul-de-sac.

"Traffic flow through the interchange will be improved with the addition of a left turn lane along SR 661 through the interchange, as well as at the intersection of SR 661/Weaver Drive/River Road," she added. "The original structure was built in 1963 and had reached the end of its life prior to the onset of the project. The existing bridge also was not wide enough for a turn lane, which frequently caused backups on the bridge."

The existing diamond interchange consists of one shared lane on all intersection approaches. The ramp intersections are signalized and operate from one signal controller located at the westbound ramp.

"The volume of traffic crossing the structure prior to the project was estimated to be 12,000 vehicles per-day, which caused frequent back-ups and did not operate efficiently," said Overbey. "The new structure will have sufficient capacity with the addition of turn lanes to accommodate current and projected volumes and much improved operational levels of service."

"The biggest design challenge was the maintenance of traffic," said Overbey. "The existing bridge and roadway into and out of the interchange area is narrow and would not allow for two-way traffic to be maintained at all times without major temporary widening of the existing structure and roadway. Also, Emergency Medical Services requested direct access at all times across the bridge from Granville to the south side of SR 37 for service and to the SR 16 eastbound on-ramp for its route to the hospital, so shutting it down completely was not an appealing option. We have utilized the technology of GPS and pre-emption with temporary signals to allow one direction of traffic to flow through the interchange while being able to halt this traffic when EMS needs to make a run the opposite way." 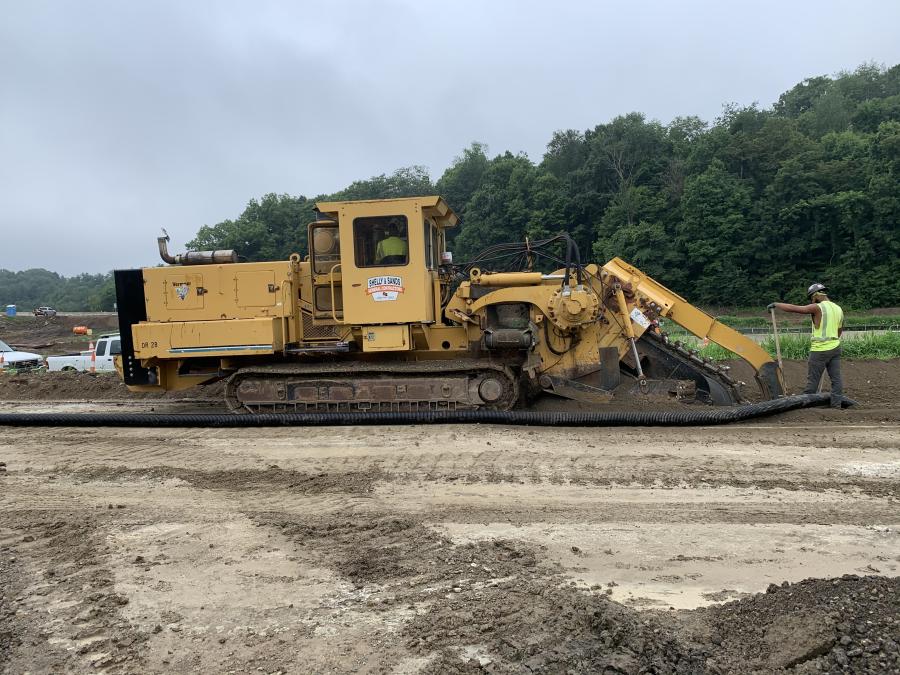 ODOT has been collaborating with Granville and Granville Township to design the aesthetics, which includes a stacked stone liner on the upper section of the bridge and a laid block liner for the lower section similar to the concrete aesthetics used at SR 16 and Thornwood Crossing, along with decorative street signs. Granville requested the lettering "GRANVILLE" in the parapet, similar to the IR 70/SR 310 bridge with "ETNA", and the village/township provided the font to use.

The needs of pedestrian and cyclists also have been considered.

"For the limits of the project, the shoulders are being widened from the existing two-foot or three-foot widths to a four-foot width," stated the project web page. "On the bridge carrying SR 661 over SR 16, the shoulder will [be widened] to 8-feet in width on the east side and a crosswalk will be installed across River Road at SR 661. Granville is planning a sidewalk project along Weaver Drive that will terminate near the intersection of SR 661/Weaver Drive; a connection from the planned sidewalk to the existing multi-use path is planned."

The traffic management plan is based on temporary lane and ramp closures, and detours.

"Like with any project, it takes some time for motorists to get used to a new traffic pattern, especially if it's typically part of their everyday commute," said Overbey. "Now that we have made it through the beginning stages of the project, traffic along the detour route seems to be flowing smoothly."

Right-of-Way acquisition, which cost $95,000, started in October 2018, followed by the completion of design plans and property acquisition in 2019. The contract was awarded to S&S last February.

"The new structure is a decorative MSE wall with color to match the recently constructed structure at Thornwood Crossing," said Tim Cunningham, S&S's project manager. "This colored decorative ‘stacked stone' provides an aesthetic to the interchange in line with the village décor. Along with the MSE wall, this phase also involves the construction of the parapet with the ‘GRANVILLE' stamp poured into the facing wall. Concrete paving on three of the newly proposed ramps and ramp construction includes widening and turn lanes at the newly signalized intersections.

"The ramps were constructed on a 12-inch cement stabilized base that will help provide a longer lifespan to the interchange," he added. "Widening of SR 661/SR37 southbound, with the southbound portion of 661, is receiving three new storm sewer and curb. All connecting commercial and residential driveways also received newly-paved drives."

Thus far S&S has completed three of the new concrete paved ramps and the widening of southbound SR 661/37, along with all new storm structures and asphalt of Phase 1, and the remainder of this year's construction season will focus on completing Phase 1 of the new bridge structure.

"Fortunately, the only challenges we have encountered on this project were some aesthetic issues with the coloring of wall panels, but they were resolved rather easily with the owners," said Cunningham. "We did encounter some latent subsurface conditions when initially driving piling, but ODOT quickly engineered additional piles to meet the design criteria. This project has allowed five-day work weeks with mostly dayshift.

"Due to the existing interchange only being a two-lane structure and the additional signalized intersection being built, it does make for a tighter working condition," he added. "Partnering has been very good on this project and the entire project team has been able to quickly resolve any minor issues that have come up. The pandemic and social distancing has added a new dynamic to meeting and scheduling, but we have been able to work through it efficiently." 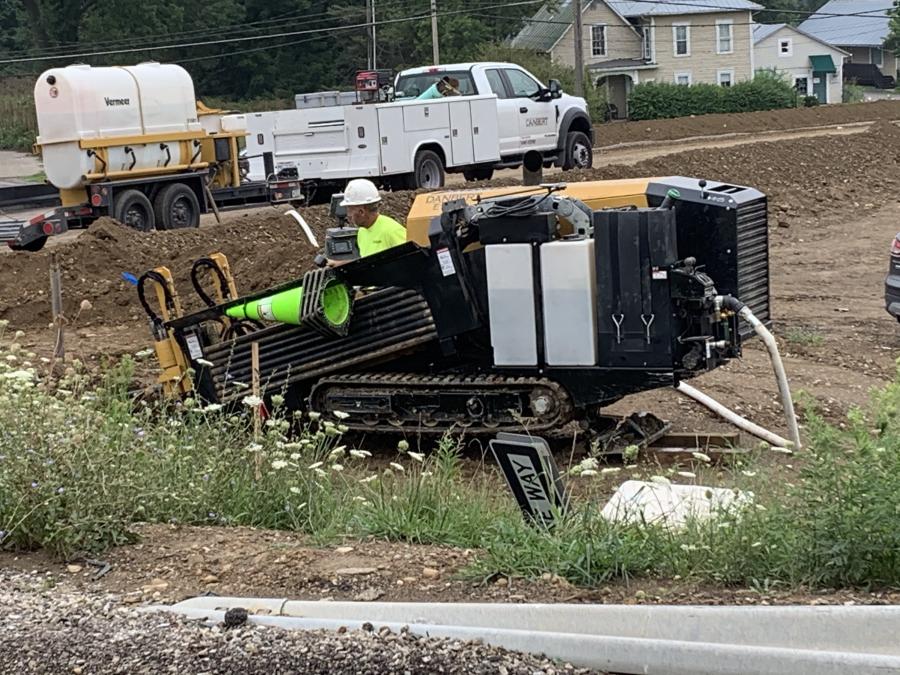 Solid progress is being made on the new bridge construction.

"This remainder of this year we are focused on getting the Phase 1 deck poured on the new structure and tied into the new concrete paved intersections of the interchange," said Cunningham. "The biggest challenges have been the restricted flow of the interchange, which has three of the four ramps closed and SR 37 is northbound only. We have completed all of Phase 1 demolition and substructure work on the new structure. Weather will dictate whether or not we can switch traffic onto the new bridge this year.

"Demolition of the existing structure was safely and quickly completed despite an existing beam having prior damage," he added. "All the existing concrete deck was hauled to a local stone quarry where they intend to crush it and reuse it locally. This structure utilized the mechanically stabilized earth design. This is a common type of construction you see regionally and lends a lot of options to size and shape when it comes to walls and bridges, with a minimal footprint."

The additions for the turn lanes on the ramps and approaches to the intersections and roads are proceeding as planned.

"The work is going as planned and will be completed next year," said Cunningham. "The last phase of the project has time restrictions for portions of the construction on River Road and the new east bound ramp. Both sections carry an incentive/disincentive for time to complete. We will be working with ODOT to minimize the impact when we begin construction in those areas."

This project does not cover a great distance of lane widening, but is being built in an area that takes detail in aesthetics.

"Both the project engineer for ODOT and myself happen to live locally to this project," said Cunningham, "and we both take a lot of pride constructing a lasting and aesthetically pleasing product in the end."

Key pieces of equipment that have aided the work are LS138 Link-Belt Crane (80 ton) and Wirtgen SP64 slipform paver.

"The crane is essential to overall construction of the new bridge, while the slipform paving machine provides a quality concrete paved ramp while also saving time," said Cunningham.

"All these gentlemen have worked together on previous projects, with exception to me, so we have an excellent team with a tremendous ability," said Cunningham. "The crews on site have steadily and efficiently worked together to give their best effort in providing a quality project." 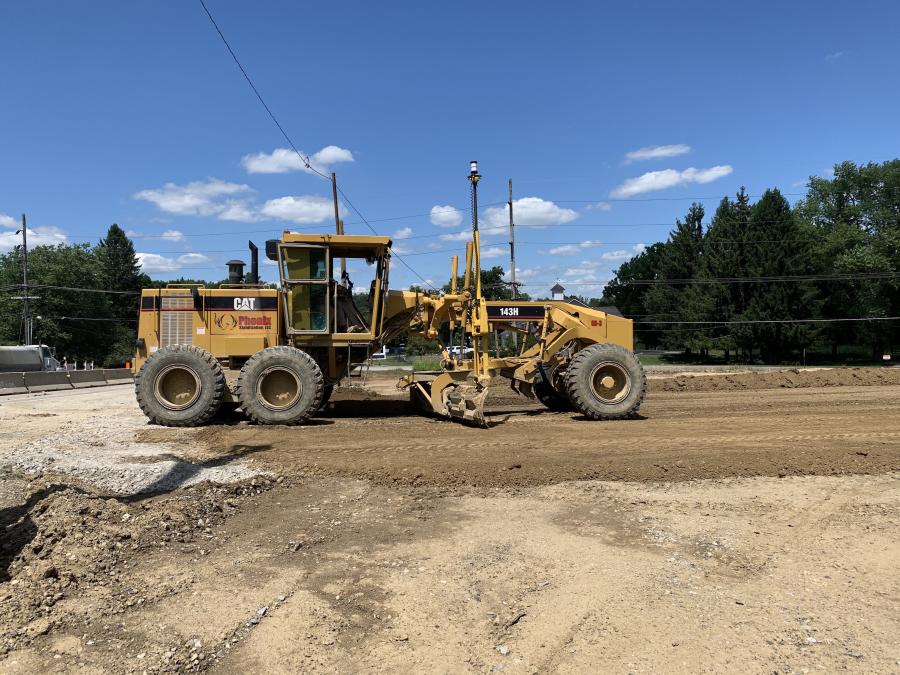 "Most all of the existing asphalt and concrete material removed is being processed and reused back into the project for permanent embankment," said Cunningham. "This helps eliminate approximately 10,000 cubic yards of material that was needed to be imported."

"Wear and tear have mainly consisted of the normal occasional hose fittings and common bearings on undercarriages," said Cunningham. "This project sits between our Zanesville and Columbus shops so that allows for quick dispatch in the event of a breakdown. Space and uniformity of equipment storage allows our team to sufficiently maintain our machines in down time hours."

"Having a dealership that quickly responds to any issues that may come up helps to minimize down time and loss of production," said Cunningham. "We in turn give our best to provide as much feedback as possible and make it easy on them to inspect and repair anything under warranty. Continued communication is the key to a good working relationship between the dealerships and us." CEG