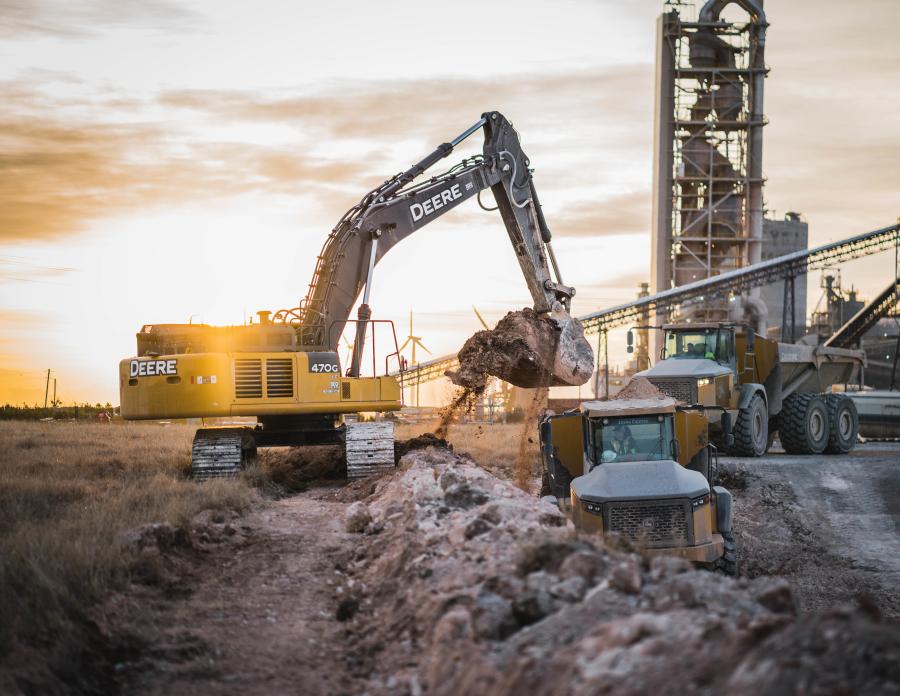 Turner Mining Group is a mine services contractor located in Bloomington, Ind., operating in quarries and mining facilities across the country. (Aaron Witt photo)

Workforce development — two words traveling around the heavy equipment industry like wildfire. Retirements are accelerating and the pool of motivated and qualified people from the next generation is small. Uncertainty is plentiful as executives and managers work to get a grip on the issue and mull over potential solutions. How can we, as an entire industry, attract talent that's seemingly disappeared? Why aren't young people interested in our work? Are there any promising solutions?

An apparent solution, according to Turner Mining Group of Indiana, is marketing and social media. While marketing has traditionally taken a backseat to moving dirt, Turner Mining Group places it front and center in its effort to recruit the next generation. Most amazingly, this is more than just theory. Its new marketing is working and it has an impressive team of twenty somethings working at operations across the country to prove it.

“I decided to create what I thought the industry was begging for — a trusted mine services contractor that could perform all of the requested services at any quarry or mine site across the country,” said Turner.

Since its founding in only 2017, the company has already worked in Texas, California, Arizona, Virginia, and many other states from coast to coast. Over the next 12 months, it is set to mine 20 million tons of material.

With aggressive growth comes a desperate need for people. In only six months, Turner Mining Group has hired 75 people with plans to hire another 75 by year's end. The most amazing thing is it hasn't used a single ad on major hiring sites or any other traditional means. It has only relied on social media.

Social media, like Facebook, Instagram and LinkedIn, has become the norm for businesses all over the world. The ability to show off your work and culture instantly with tens of thousands of people is powerful for any business. Despite social media being a leading business trend, contractors have shied away from posting photos and videos for privacy and safety concerns. In other words, it's different and uncomfortable to initially allow people onto your job sites, even if virtually.

Turner Mining Group adopted a new mentality on sharing — it invites people into its operations daily through social media.

“The whole thought process behind exposing our company on social media was the access to young talent. We also want our clients, potential employees and the general public to get an inside look at our company culture and day-to-day operations,” Turner said.

By consistently showing its work to the outside world and broadcasting its culture of young go-getters, the company has tapped into an untouched pool of young people online who are interested in the industry but aren't sure where to start. With more than 400 applications of employment over the past three months, the results speak for themselves.

Even with hundreds of young people applying and being hired on for their work ethic and positive attitudes, inexperience is another major challenge to overcome.

“One of the biggest hurdles is the investment in training inexperienced, young employees,” said Turner. “But if we don't invest in training the next generation of miners, who will?”

After finding the right younger people, even if completely inexperienced, Turner Mining Group gives them the chance to prove themselves safely through a new training program. With no one else making the investment to train inexperienced yet motivated people, they've taken it upon themselves to create the workforce they need. With few serious operator training schools and programs still in existence, training is falling more and more to contractors themselves.

A twenty-something year old driving a 40-ton rock truck for the first time ever may seem nerve wracking, but Turner Mining Group's training programs are tailored to the inexperienced. Turner has an extensive staff of experienced managers who oversee each operation and train newcomers along the way. In addition to a robust training program, it also employs safety software to track inspections and meetings as well as mandatory drug testing for all employees before they ever step on site.

Due to the new attitude toward sharing work on social media combined with a robust training program geared toward inexperienced but motivated and positive millennials, Turner Mining Group is quickly becoming the example for the entire industry. Current methods of hiring and training are expired and contractors must adopt new principles to attract the next generation of workers to the industry. With the impending labor gap due to increasing retirements, turning to and inspiring the next generation is crucial to the future success of the industry.