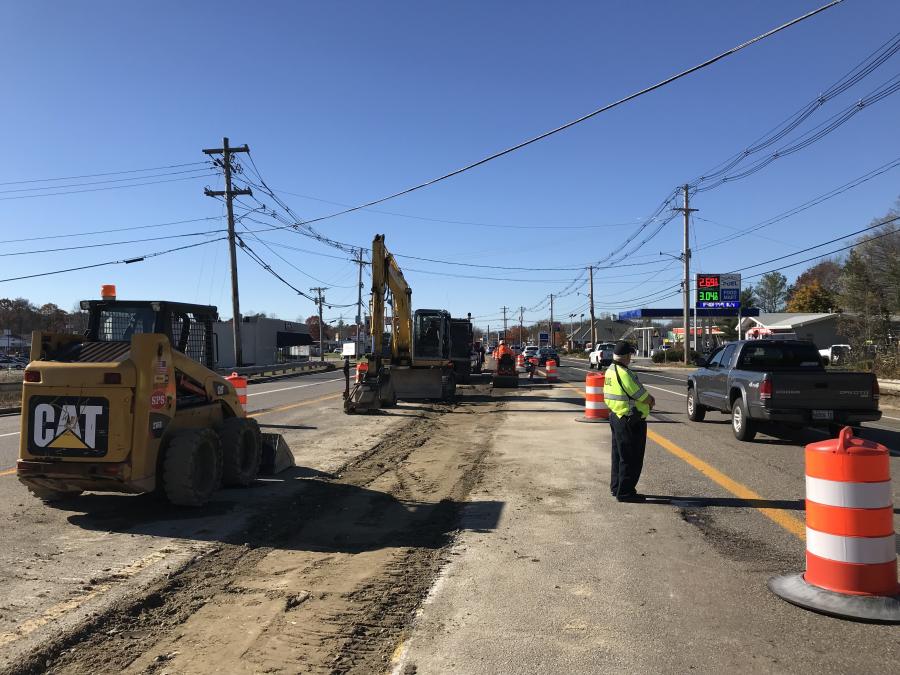 The nearly 70-year-old Route 44 over Route 24 Bridge in Raynham, Mass., is structurally deficient and functionally obsolete with a two-span continuous structure of approximately 103 ft. (west span) and 121 ft. (east span).

The $24 million replacement of the nearly 70-year-old Route 44 over Route 24 Bridge in Raynham, Mass., is under way with selective clearing, drainage modifications, permanent and temporary ramp modifications, and the removal of the existing Route 44 median performed by SPS New England, the prime contractor. The bridge is structurally deficient and functionally obsolete with a two-span continuous structure of approximately 103 ft. (west span) and 121 ft. (east span).

SPS is partnered with design firm VHB in this design/build project that will replace the existing bridge structure utilizing accelerated construction techniques including a partial slide. 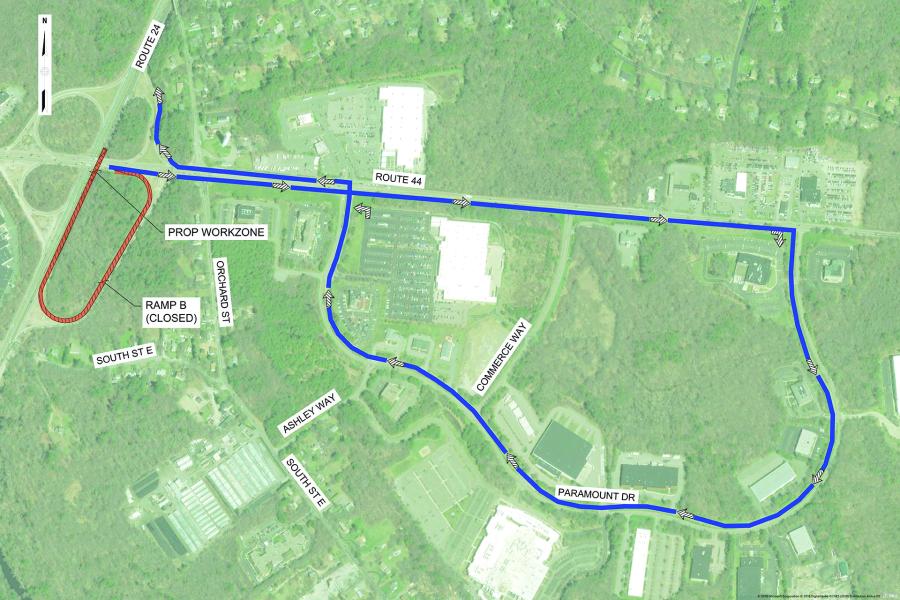 The project will use a bridge lateral slide technique during an overnight shutdown and detour of both Route 24 and Route 44, allowing traffic to be temporarily shifted south and making it possible to construct the bridge in phases.

MASS DOT's District 5 Operations Engineer Bill Travers said, "It's a hydraulic slide, so it's not like moving the entire bridge into place. It's built bigger than we need, and we can slide it across into configuration. The bridge will be built in portions and the first one will be built offline, then we'll slide the new portion into alignment with threaded rods and screw the bridge into place."

It's a traditional build, not precast, with reinforced steel, cement, gravel and bituminous concrete being used." 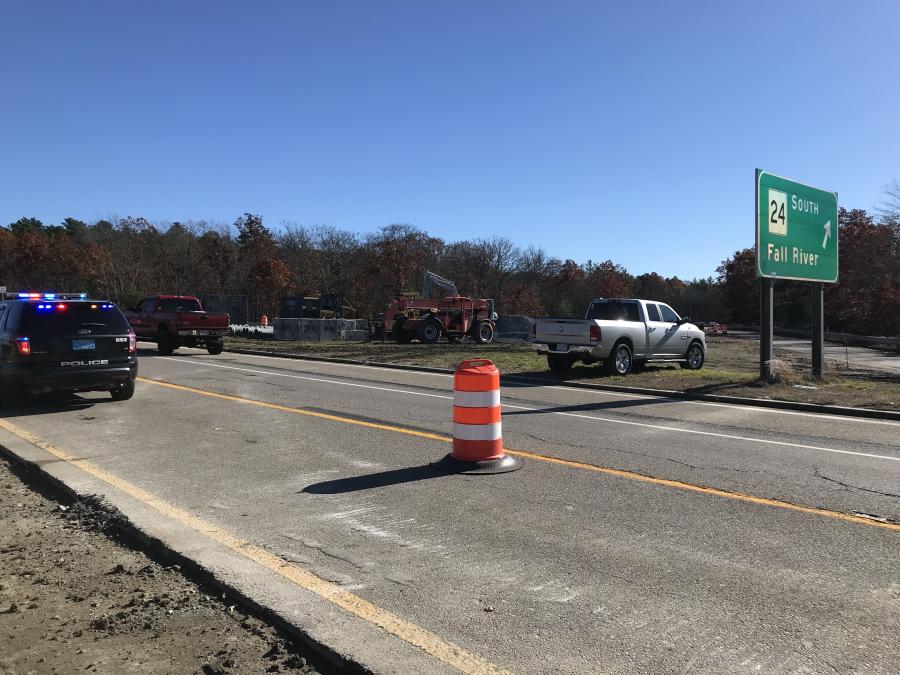 The newly constructed Route 44 Bridge will be higher, relative to Route 24, for improved clearances and wider to improve pedestrian, bicycle and ADA accommodations along Route 44.

The design/build team was selected after a competitive bidding process of the three short listed teams.

"They presented tech and cost proposals and we selected SPS New England and VHB. Both companies have worked with us previously as a design/build team," said MASS DOT Design/Build Project Manager Alex Murray.