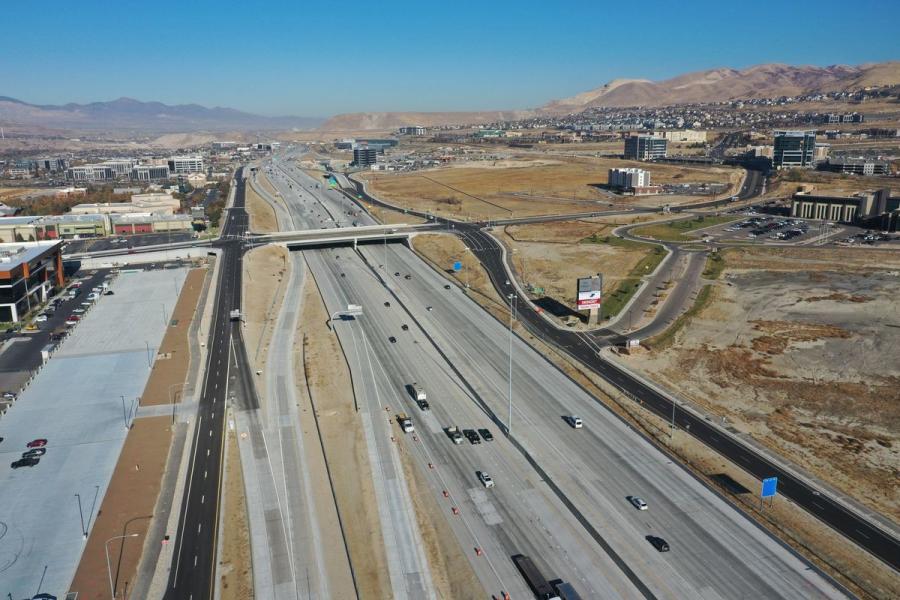 On Feb. 19, the Utah Transportation Commission approved a measure that involves transferring $23 million from the project that was to rebuild the pavement on I-15 from Pages Lane in Centerville all the way north to about where the freeway links to the Lagoon Amusement Park in Farmington.

The Utah state transportation department is postponing $40 million worth of construction work on Interstate 15 in Davis County in order to pay for a project just down the road that will cost more than three times that amount.

On Feb. 19, 2021, the Utah Transportation Commission approved a measure that involves transferring $23 million from the project that was to rebuild the pavement on I-15 from Pages Lane in Centerville all the way north to where the freeway links to the Lagoon Amusement Park in Farmington.

Ivan Hartle, Utah Department of Transportation's director of financial programming, said the money will be put toward a project in Salt Lake County that involves reconstructing I-80 between 1300 East and 2300 East and from 3300 South to 4500 South. That project involves replacing concrete, removing three bridges along I-80 and adding an additional lane to the highway. It's currently valued at more than $146 million.

Hartle said escalating construction costs have pushed the price of the I-80 project north of what was originally anticipated. Robert Stewart, UDOT's director of construction, said the project is scheduled to be finished by fall 2022. As for the work that was to be done on I-15 in Davis County, the project is now currently in indefinite status. Hartle said the $23 million that was taken from the I-15 project will be returned as funds become available, which would require another approval from the transportation commission.

UDOT Region One Director Rob Wight said the state is currently working on an environmental study of I-15 in roughly the same section where work was to take place.

"The project that we're moving the money from was actually kind of a pavement project within that section," Wight said. "But we feel that it wouldn't make sense to do that project and then just come back a few years later and completely reconstruct, which could be the outcome of this environmental study. So we wanted to have a little bit more time ... before we went in and spent that much money."

Though the project status is up in the air, I-15 through northern Utah will continue to be a priority for UDOT in the near future.

In addition to the study Wight spoke of, the state will spend the rest of 2021 finishing its $163 million Express Lanes project on the freeway, which will add northbound and southbound lanes on I-15 between Hill Field Road and I-84 near the Riverdale/Ogden border. As part of the project, UDOT has replaced the freeway bridge at Church Street and repaired bridges at 200 South in Clearfield and Gentile Street in Layton. Bridges at 700 South and 650 North in Clearfield, and at 5600 West and the Union Pacific Railroad tracks in Roy, will also see construction.

The state is also planning to build a $47 million interchange on the freeway at Shepard Lane in Farmington in conjunction with the construction of the West Davis Corridor.

UDOT also plans to widen 1800 North in Clinton to five lanes between Main Street and 2000 West. The project, which would cost $110 million, ties into a $90 million proposal that involves building a new I-15 interchange at 1800 North. The interchange project has been funded, with money set to kick in between 2023 and 2024.