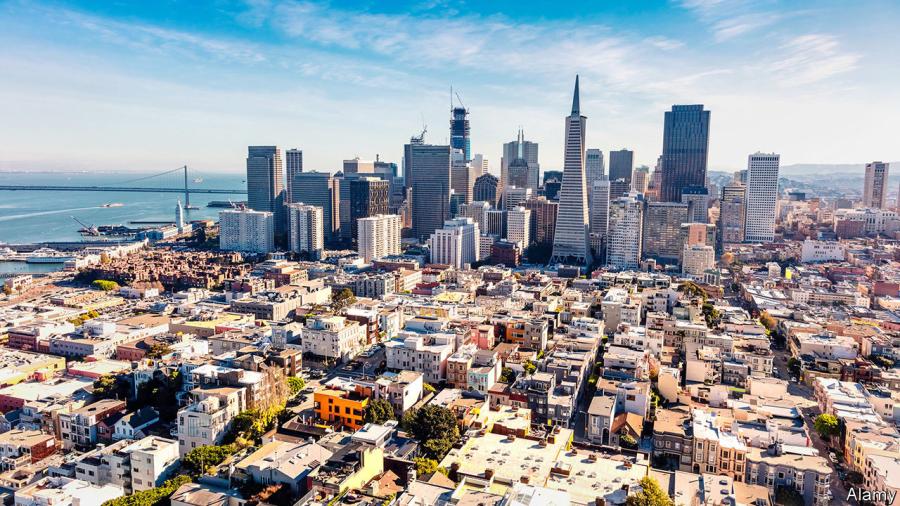 SAN FRANCISCO (AP) — As two of the city's most vaunted buildings sink or crack, an earthquake study released Oct. 4, recommended re-inspecting dozens of high-rises and beefing up construction codes for the growing crop of skyscrapers in the booming city.

The “Tall Buildings Safety Strategy” listed 156 buildings taller than 240 ft., most of them in the northeastern area. Some 70 of those buildings used a construction material called welded steel moment frames and should be re-inspected to determine whether they were damaged during the 1989 Loma Prieta earthquake, study authors said.

It was only after the 1995 Northridge earthquake in Southern California that those types of buildings were found to be susceptible to fracture, the study said.

San Francisco is surrounded by major earthquake faults, including the famous San Andreas. The 1906 earthquake that destroyed much of the city had an estimated magnitude of 7.7 or higher. The Oct. 17, 1989, Loma Prieta quake was measured as a magnitude 6.9. It killed more than 60 people and collapsed part of the Bay Bridge.

“We must act before the next earthquake strikes to ensure the safety of residents, workers and visitors,” San Francisco City Administrator Naomi Kelly said.

“We know an earthquake is coming,” the study's introduction stated. “The U.S. Geological Survey (USGS) estimates that we have a 72 percent chance of a 6.7 magnitude or greater earthquake before 2043.”

The study, conducted by the nonprofit Applied Technology Council, made 15 other recommendations to improve the safety of buildings and the ability to prepare for and recover from a large quake, including strengthening building codes and requiring more inspections for certain buildings.

The recommendations will be presented to the Board of Supervisors later this month. Changes could be made to the building code next year.

The report was commissioned by the late Mayor Ed Lee in the wake of reports about sinking and tilting of the Millennium Tower. The 58-story downtown tower has settled about 18 inches since it opened over a former landfill in 2009. Several engineering reports have deemed it safe. But homeowners have filed multiple lawsuits against the developer and the city.