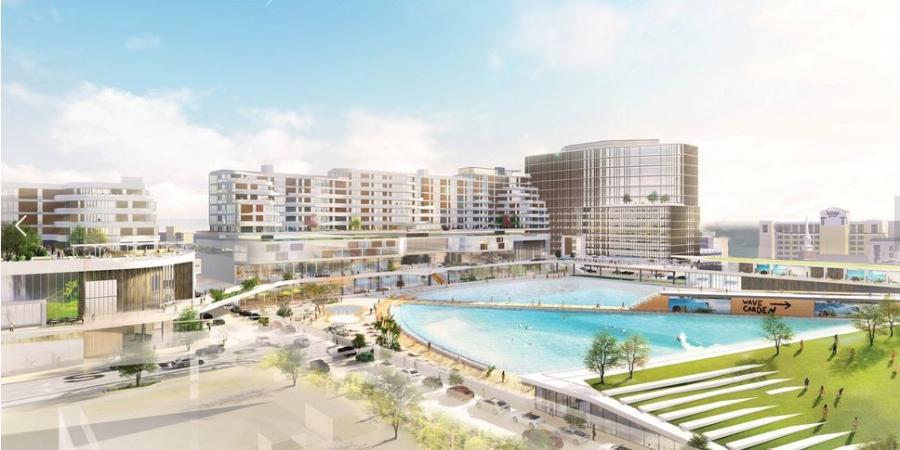 A plan for a surf park and entertainment center at the Virginia Beach oceanfront is forging ahead where others have failed, and the project is inching closer to construction.

Venture Realty Group, which is working with music icon and Virginia Beach native son Pharrell Williams, has steadily passed muster with the city in its quest to build Atlantic Park, a $325 million mixed-use project on the former dome site.

Most recently, the Virginia Beach-based real estate firm met a Sept. 23 deadline, proving that it can secure financing so that more formal design plans can get under way.

"There were a number of benchmarks that were met," said Virginia Beach Councilman Guy Tower, who declined to elaborate on the details because negotiations are ongoing. "They checked all the boxes."

The city began working exclusively with Venture Realty Group in 2017 to transform the land between 18th and 20th streets, one of the last remaining open spaces in the heart of the resort area.

Venture Realty Group won the city's favor with its proposal to develop the parking lots into a vibrant live‐work‐play community, with support from Williams, who masterminded the inaugural Something in the Water festival in 2019. The singer made a surprise visit to a City Council meeting last November, encouraging members to green light the development agreement. It was approved, marking the first time in 25 years that a proposal for the land had reached that point.

Since then, city officials and the developers have been meeting regularly and ironing out the project's footprint, which will stretch over three city blocks owned by the Virginia Beach Development Authority. The city also is buying property on 18th Street between Pacific and Arctic avenues, land that is currently owned by Norfolk Southern and used by Dominion Energy for its Atlantic substation.

Under the terms of the development agreement, Virginia Beach has committed to providing $95 million in tourism tax dollars to pay for parking, street improvements and the construction of the entertainment venue.

A groundbreaking on Atlantic Park is still at least a year out, according to Mike Culpepper, managing partner of Venture Realty Group.

The developer and the city will first invest in architectural drawings, select a general contractor and analyze costs before construction can begin.

"The design work is really getting serious now," said Tower. "The main thing we're going to see is [the developer is] going to be spending more money, and we will, too, to the extent that we have to help with the infrastructure."