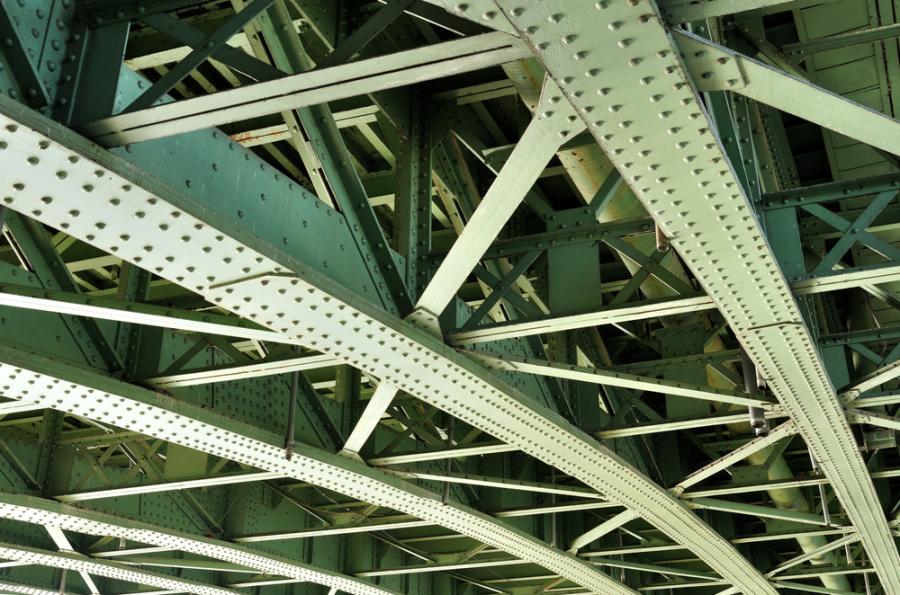 Trump's steel tariffs went into effect at midnight on May 31 – a move that is hiking construction costs for state DOTs across the country, especially for steel-intensive bridge projects.

The Trump administration's long-threatened imposition of tariffs on steel and aluminum imported from Canada, Mexico and the European Union went into effect at midnight on May 31 – a move that is hiking construction costs for state departments of transportation across the country, especially for steel-intensive bridge projects, while also potentially forcing a redirection of funds away from future endeavors.

"The reality is we have a fixed source of federal funding, so as our topline costs go up, there is less money available for everything else," Shoshana Lew, COO at the Rhode Island DOT (RIDOT), explained to the AASHTO Journal. "It creates a domino effect in terms of project funding for us. So while we won't undo a current project, it does mean some projects down the road won't get funded."

Yet RIDOT also noted that, since the tariff issue became prominent nearly three months ago, it's already pushed steel prices higher. From March to April 2018, the Producer Price Index (PPI) for semi-finished steel mill products jumped from 242.8 to 246.6; a one-month increase of 1.56 percent and a year-over-year increase of 4.89 percent.

Similarly, the PPI for all steel mill products increased from 195.5 in March to 201.7 in April; a 3.17 percent increase for the month and 7.4 percent year-over-year, the agency added.

However, according to a 2016 survey by the American Association of State Highway and Transportation Officials, just 13 states had a steel price adjustment clause in their contracts.

Brian Turmail, spokesman for the Associated General Contractors of America trade group, noted to the AASHTO Journal that "many suppliers" anticipated that at least some of these new tariffs would go into effect and have been raising prices for some time as a result — particularly for steel products.

"Indeed, many of our member firms report the price they are paying for products like rebar has increased from between 15 and 20 percent during the past few months," he said. "These price increases are particularly difficult for firms that are engaged in fixed price construction contracts where they are forced to absorb these cost increases. Moving forward it is safe to assume that contractors will factor the recent, and likely additional, increases in steel and aluminum prices into their bids, raising the cost of all manner of construction, including infrastructure."

Turmail added that the "irony" of the situation is that by raising the cost of construction, the tariffs are more likely to depress demand for new steel and aluminum products rather than increase domestic production of those commodities.

"The better way to boost domestic steel and aluminum production is to put in place long-term dedicated funding for infrastructure projects that will demonstrate to manufacturers that there will be sufficient future demand to justify new production capacity," he said.