Team on Its Way — Arena Construction Begins in Seattle 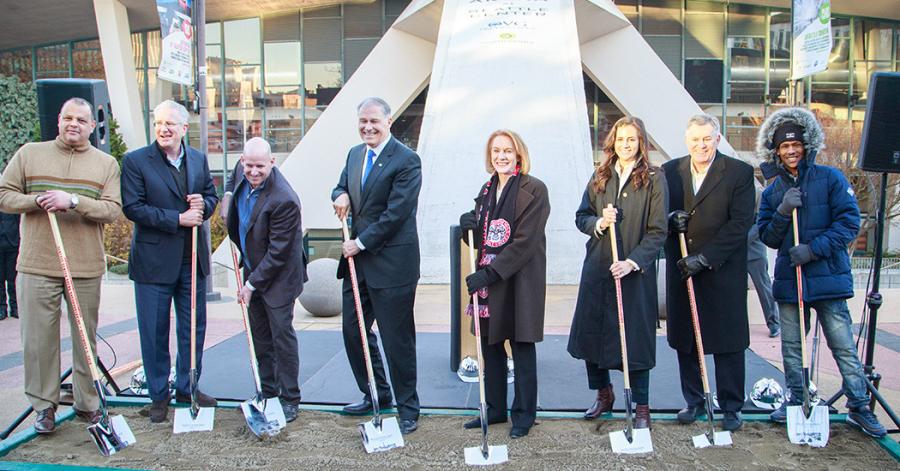 SEATTLE (AP) The celebration outside the building Seattle's NHL team will eventually call home Dec. 5 came with all the formality of a groundbreaking event with the principals taking turns giving remarks and ceremonially shoveling dirt.

It also came with a new price tag even higher than what was stated a day earlier when Seattle was awarded the NHL's 32nd franchise.

The cost now is $850 million for the new arena at Seattle Center, according to Oak View Group CEO Tim Leiweke, with construction expected to get started almost immediately. That's an increase of $200 million from the initial projections for the privately financed project, but the principals involved believe the increased investment is part of making the new building one of the top arenas in the country.

"We never value engineered. That to me was an amazing commitment on behalf of ownership," Leiweke said. "We did not do any value ownership on this project. Everything we dreamed about and more we have kept in this building and will write the check." 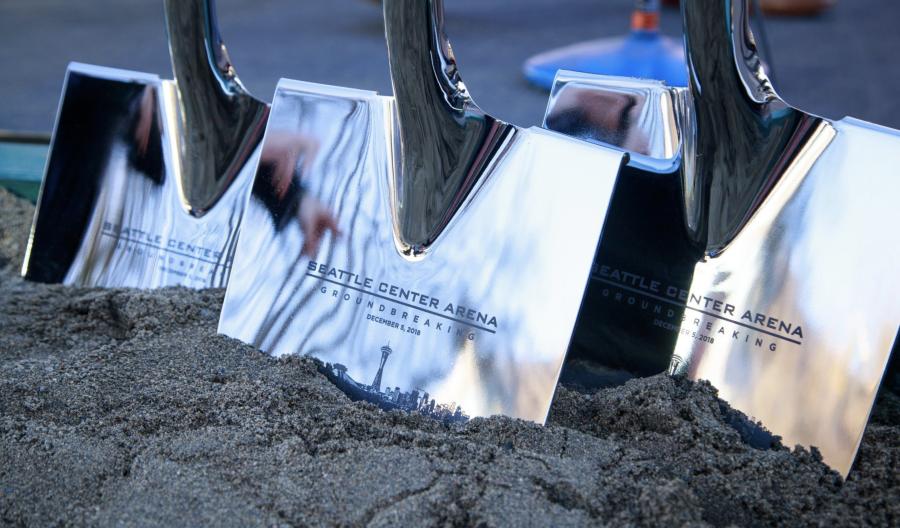 The ceremonial event — complete with heavy construction equipment sitting nearby the stage waiting — concluded a whirlwind 36 hours for hockey fans in the region. While it seemed a foregone conclusion, the unanimous vote from the NHL Board of Governors ended a lengthy dance between the league and the city and solved Seattle's winter sports void created when the SuperSonics departed in 2008.

The franchise will begin with the 2021-22 season after the league and ownership group decided not to risk an already tight arena construction schedule. Rather than having the franchise start for the 2020 season with the potential of delays possibly creating adverse conditions for the new team, the launch was delayed by a year.

That does provide a cushion in the construction timeline, but it's not a complete year. Leiweke noted the start of the hockey franchise will be pushed back a year to October 2021, the extra time on getting the arena finished is only a few months. The goal is to have the building open by March or April of 2021 so that the WNBA Seattle Storm can play the 2021 season in the building and other events can be scheduled to start recouping the investment on the project.

Tod Lewieke, the CEO and president of NHL Seattle, said the additional time should allow the team to have its three-rink practice facility completed in time for the team's first training camp in 2021. The team also intends to have its expansion draft in the new arena in the summer of 2021.

And the extended time frame should reduce some of the construction disruptions in a neighborhood that is dense with condos and apartments.

"We've always wanted to build in a very responsible way so we're going got have a little more time to do that," Leiweke said.

By the time the entirety of all the projects and investments in the franchise is realized with the team's first game — arena, expansion fee, practice facility and other costs — bringing the franchise to Seattle could end up running in the neighborhood of $2 billion.