It was a major challenge just to find the right crane capacity and the space to make the fermenter picks. 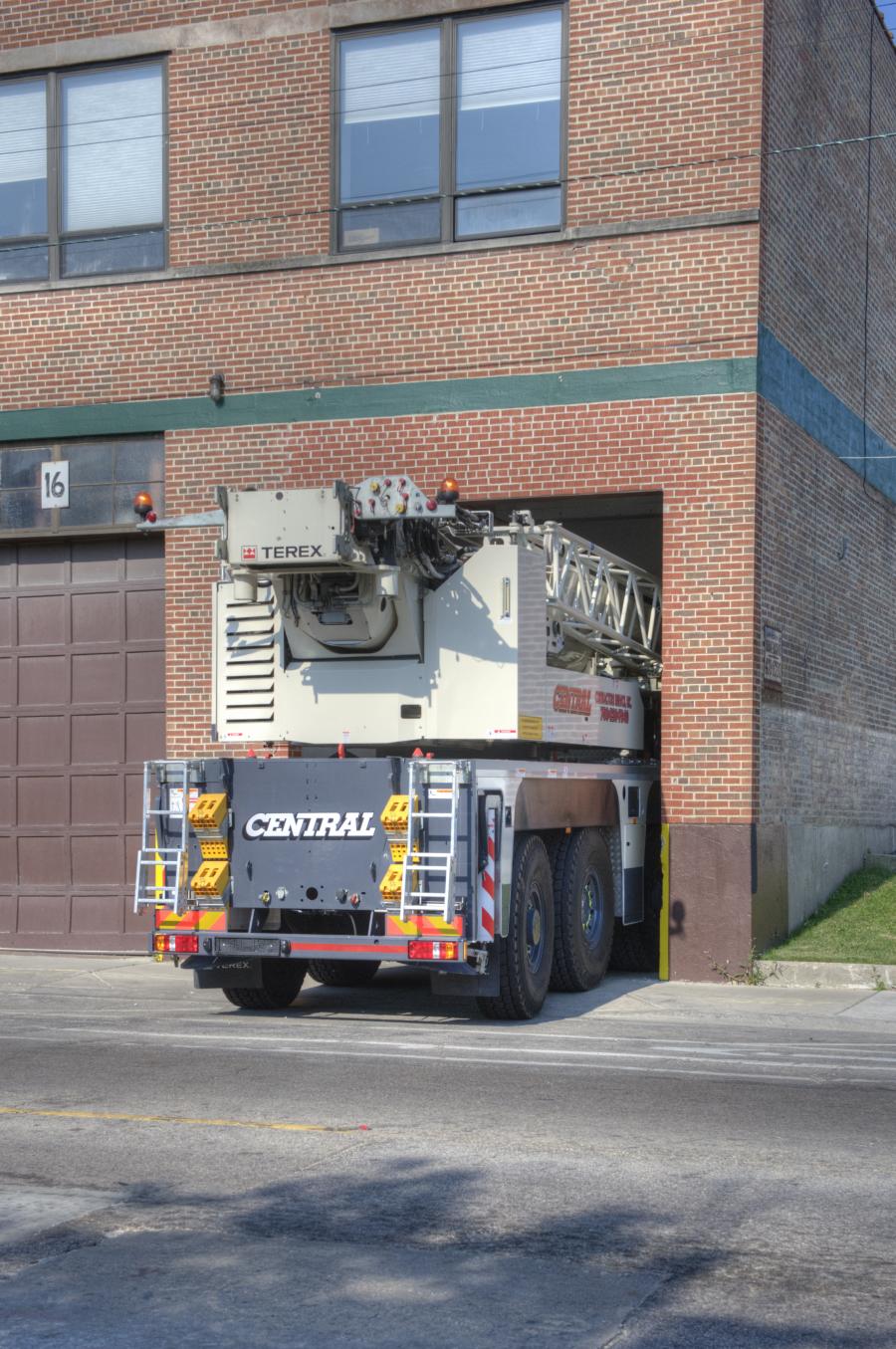 There was only one option for Central Contractors: the Terex AC 100/4L all terrain crane.

As part of its expansion efforts, the brewery added a 120-barrel brewhouse and multiple 800-barrel fermenters, among other equipment.

“The fermenters were 40-feet long with a diameter of 14 feet,” said TJ Wicklander, Crane & Aerial Lift sales representative of Central Contractors Service Inc., Chicago, Ill., a division of the ALL Family of Companies. “With a 70 foot long parking lot as a work space, this does not leave much room for our crane equipment.”

It was a major challenge just to find the right crane capacity and the space to make the fermenter picks. “To one side of the building, ground elevation was about 20 feet higher than where the expansion lifts took place,” said Wicklander. “There were fences and power lines surrounding the property and not much room to work.”

The concrete plant site, behind Revolution Brewery, was considered as an option, but there were serious and expensive drawbacks to this location. “We would have had to take down power lines,” Wicklander said, “which would stop the brewery's production for one to two days, and we would have had to mobilize a 600-ton crane to work at the extended radius to position the 24,000-pound tanks.”

The only way to get to the back of the brewery was to drive straight through the building. And the only way for that to happen was to select a crane that was compact enough to fit through the narrow 9-ft. wide by 13-ft. (2.7 by 3.9 m) tall door opening. This meant there was only one option for Central Contractors: the Terex AC 100/4L all terrain crane.

“Only the AC 100/4L could physically drive through the building, due to its compact size, and still offer Central Contractors enough capacity to make all the necessary lifts,” said Dave Kuhlman, senior sales manager, major accounts team of Terex Cranes. Wicklander said, “The lift required a crane with just over 151.6 feet of main boom and a total rigging weight of approximately 25,000 pounds at a 58.5-foot radius. We could have brought in a 70-ton class crane to fit through the building, but it would not have offered enough capacity for the lift.”

Mobilizing the crane for the two-day job required only the crane operator and a truck driver to transport two loads of counterweight. Crews equipped the crane with its full 57,000 lbs. (25,854 kg) of counterweight for the heavy lifts. It took approximately 1.5 hours for the crane and counterweight to make the approximately 40-mi. (64 km) trip from Central Contractors' downtown yard to Revolution Brewery's N. Kedzie Ave. facility, which is standard for navigating busy Chicago streets.

“With the travel restrictions we have in Chicago, traffic is always a factor,” said Wicklander.

Once on site, the operator took advantage of the crane's all-wheel steering to position it for entering the tunnel. “It had to be a straight-on shot to make it through the narrow doorway,” said Wicklander. “We had approximately 30 feet of road in front of the building to get the crane into position.”

Central Contractors' skilled crane operator carefully drove the AC 100/4L crane through the 9 by 13-ft. doorway and down the narrow 200-ft. (60 m) long tunnel to get to the back of the building. The crane's suspension was lowered and the side mirrors were drawn in, so it could slip through the passage. “He literally had only inches to spare on the sides and at the top of the crane,” said Wicklander. “This is why we hire only the best crane operators available.”

In less than two days, Central Contractors lifted and positioned four 800-barrel fermenters and one each silo, chiller and carbon dioxide tank, along with supporting structures. The crane's compact 26.7 by 23.6-ft. (8.1 by 7.1 m) outrigger footprint helped to work within the parking lot's confined space, while still delivering the required lift capacity.

After the last pick, the AC 100/4L crane was derigged and the process of carefully driving the crane down the 200-ft. long, narrow passageway to N. Kedzie Ave. was repeated. Both trips through the building were made without putting a scratch on the crane's body.

Had Central Contractors not been able to use the AC 100/4L all terrain crane from the brewery's back parking lot, the alternate concrete plant location would have been used. Wicklander said that this would have added significantly more work, time and expense to the project.

“Not bringing in the 600-ton capacity crane to lift the tanks from the other lot, saved us and the customer a minimum of $11,000 in trucking costs alone, not to mention the expense associated with taking down the power lines and the lost production for the brewery,” he said.