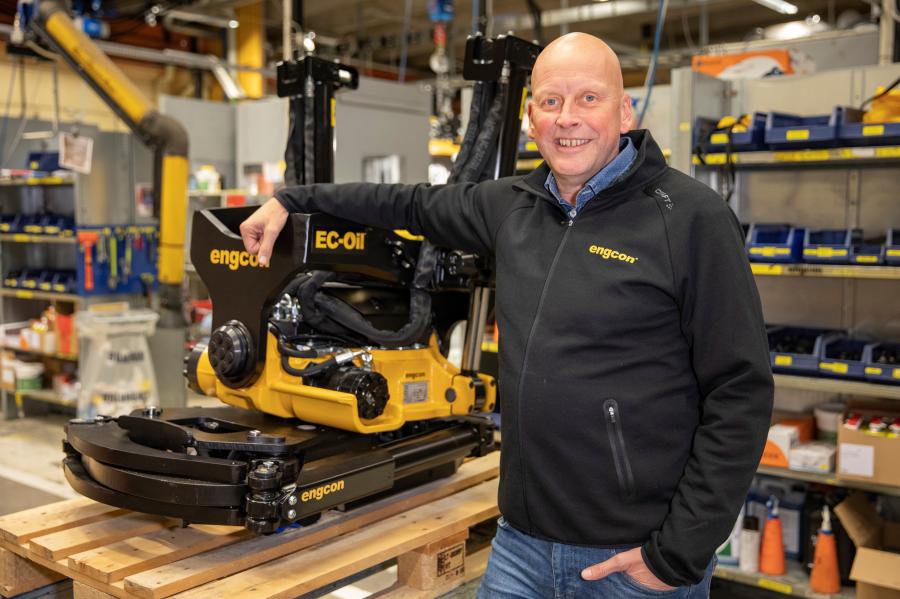 Although the tiltrotator phenomenon has been around for over 30 years, more than 97 percent of the world's excavators still don't have one.

This is despite the fact that it streamlines digging and turns the excavator into an all-round multi-tool.

The concept is well established in the Nordics and through Engcon the tiltrotator has gradually extended its reach globally. Excavators recognize the flexibility and efficiency the tiltrotator brings, improving profitability, enhancing safety and reducing the environment impact, according to the manufacturer.

For a very long time the tiltrotator has been relatively unknown outside the Nordics. Due to Engcon's communication work sharing information via its website, trade shows, advertising, press releases, articles, social media and influencer marketing, the concept has become a global phenomenon. At this year's ConExpo it became clear that many attendees were aware of the phenomenon and familiar through articles and videos of how it helped excavators work smarter, according to Engcon.

"From the fact that the excavator previously only dug a pit, new accessories have developed the excavator into a multi-tool that can dig, lift, pack, sweep. Most contractors want to be able to take on more jobs and solve them faster and smarter to make more money. We believe that the tiltrotator is the key to that," said Krister Blomgren, CEO of Engcon Group.

Change the World of Digging

Engcon has been working with its motto "Change the world of digging" for a long time and decided in 2020 to also use it as its vision.

"That is exactly what we want to do in the long run. If we can get more excavators to be equipped with a tiltrotator, digging will be more profitable, efficient, flexible, environmentally friendly and also safer. We are simply changing the digging world," said Blomgren.

Only 2 to 3 percent of the world's excavators today have a tiltrotator, which means that there is an enormous development potential for streamlining the industry and making it more environmentally friendly by using less resources in the form of materials, fuel and time.

"To invest in a tiltrotator is to invest in the future and we believe that it is only a matter of time before it expands in larger markets like the USA. It is simply impossible to ignore the tiltrotator's advantages," Blomgren said.