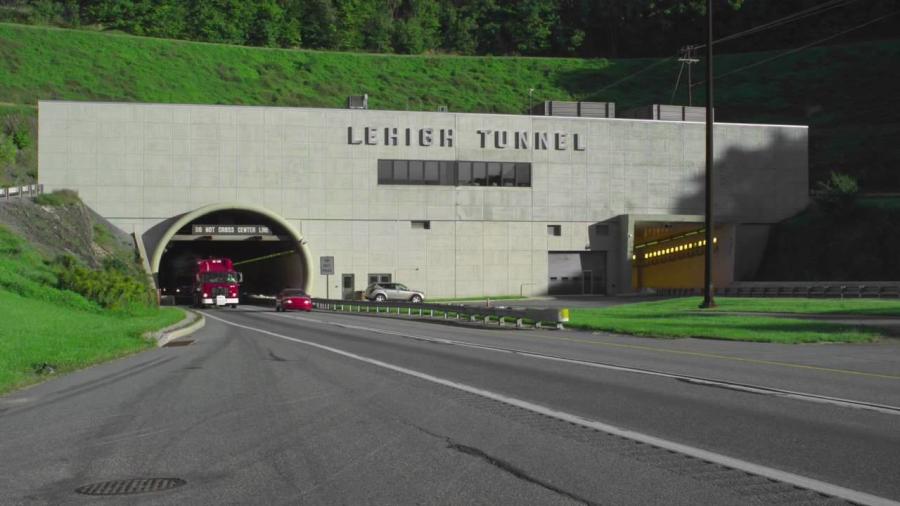 DeFebo said the Lehigh Tunnel's southbound tube is the only tunnel in the system in which electrical conduit is directly above drivers.

A section of electrical conduit fell from the roof of a Pennsylvania Turnpike tunnel, crashed through a windshield of a truck and struck the driver in the head, killing him, police said.

The truck driven by Howard Sexton III, 70, of Mickleton, N.J., continued on for a mile after being struck around 6 p.m. Feb. 21, inside the Lehigh Tunnel, state police said. Sexton was already dead when troopers and turnpike maintenance workers reached his truck on the shoulder of the highway.

Turnpike spokesman Carl DeFebo said the agency's engineering department was investigating. He declined to comment on the cause, or about the size or use of the conduit.

Lehigh County Coroner Scott Grim described the conduit as a large pipe, and said other vehicles were damaged by it.

The conduit came loose in the southbound tunnel, a 4,500-ft. tube that opened in November 1991.

DeFebo said the Lehigh Tunnel's southbound tube is the only tunnel in the system in which electrical conduit is directly above drivers. In older tunnels, the pipes are located with ventilation equipment in a parallel utility tunnel above the roadway.

He said the tunnel's most recent inspection occurred in September 2016. The agency in December sought bids to replace Lehigh Tunnel lights, with work expected to begin this spring.

The tunnel is located near Slatington, Pa., north of Allentown, Pa..

Grim's office has notified Sexton's next-of-kin and an autopsy is planned for Feb. 23.