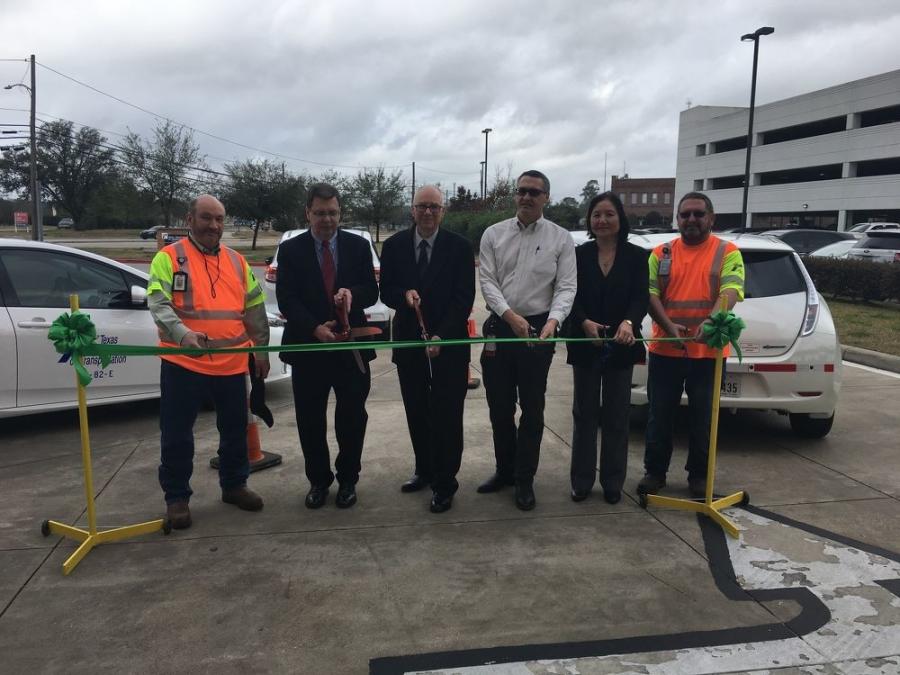 Eliza Paul (second from R) takes part in a ribbon-cutting ceremony for one of the many projects she oversaw in Texas.

Being one of the largest and most influential departments of transportation in the country, what the Texas Department of Transportation does has an impact on other agencies. This is certainly the case in terms of the hiring of women to assume positions of authority and responsibility, and implementing measures to ensure that women feel welcome within the ranks of TxDOT.

The DOT, realizing that its personnel did not reflect the demographics of the state of Texas and that many qualified people were not contributing to the efforts of this important agency, initiated programs to hire more women to redress the balance.

The percentage of women hired has increased over the years and TxDOT is keen to bring in more.

Women are making their mark at TxDOT, such as Marisabel Ramthun, who serves as the  director of design; Anh Selissen, the director of information technology; Jessica Butler, director of transportation planning and programming; Joan Henderson, director of travel information; and Tina B. LeBlanc, director of diversity, equity and inclusion. These women, and others, via their individual successes in rising in the ranks, are inspiring others to follow their lead. 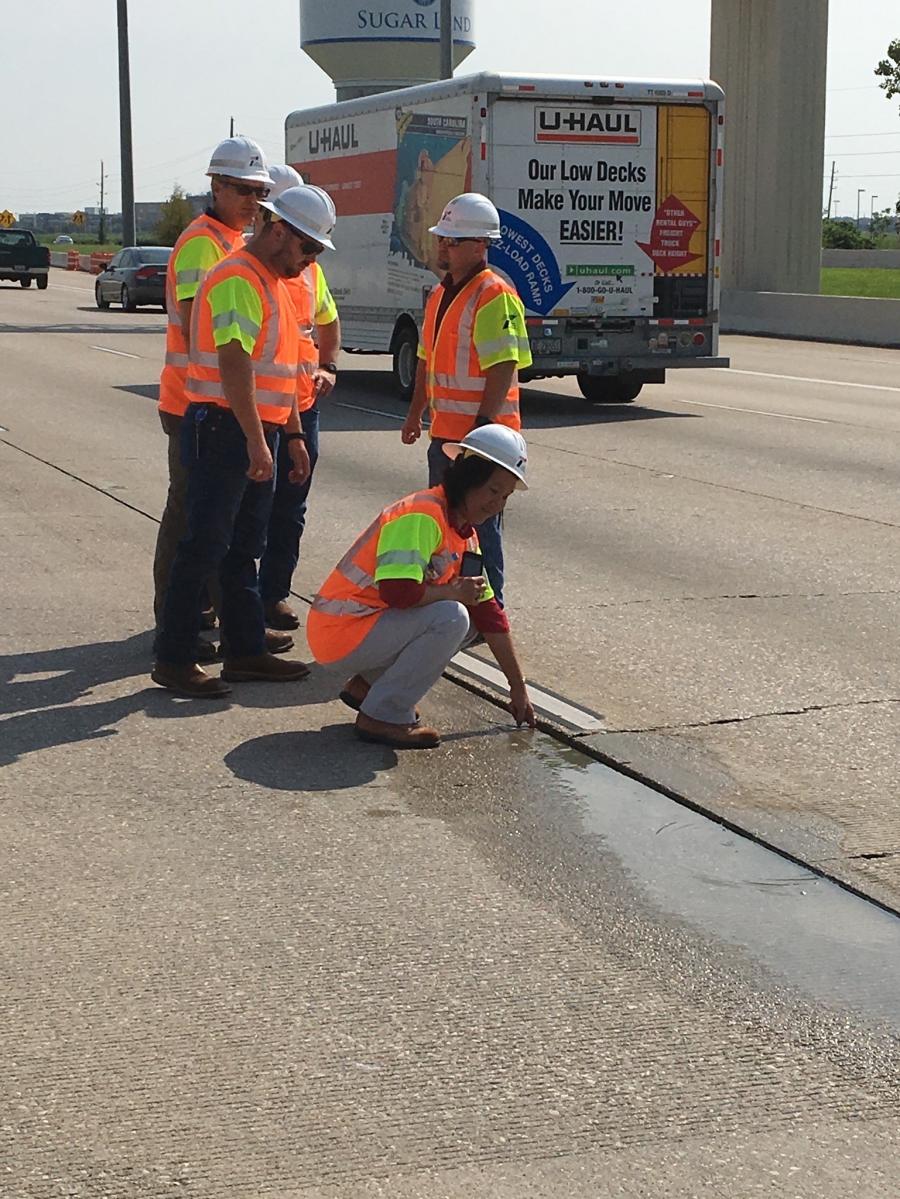 Another one of those women is Eliza Paul, who has served as the deputy district engineer for the Houston District since 2015. In her role, Paul oversees the planning, designing, building, operation and maintenance of the state transportation system for the six-county Houston District.

"In construction, you learn something new every day," she said. "Really, there isn't a single day that I am not learning something new and that is exciting. The problems and issues you encounter in construction are very unique and test your problem solving skills. The people that I have worked with also are genuine and friendly."

Paul graduated from the University of London and moved to the United States from London, where she obtained her first experience in construction via a summer job.

"I worked on a roadway construction project for a consultant during a summer in college and got some experience in roadway construction," she said. "When I came to the United States, my friend told me about an opening in TxDOT and I applied. I thoroughly enjoyed what I did, starting out here and have learned so much throughout all these years working for TxDOT. It is a very rewarding career.

"Working at TxDOT has truly been a tremendous experience for me," she added. "I had always wanted to work for a big company and my husband said you can't get any bigger than the state of Texas. I have really enjoyed working here as part of the TxDOT family. I will do my best to accomplish what is expected of me and hopefully will make the department and Houston District a better place as a result of it. You experience challenges in the field every day. Some of them are easier to resolve, while others are more difficult. You cannot be the only one solving the problem, it is a team effort at TxDOT, and we solicit other's input and expertise in solving the challenges."

Based on her experiences at the DOT and working with general contractors and subcontractors, Paul hopes that more women will choose construction as a career.

"I would definitely recommend the construction sector and TxDOT to women," she said. "I am very excited, proud and also humbled to be the first female DE in Houston."

Paul joined TxDOT in 1988 as an engineering assistant working on multiple projects significant to addressing growth throughout the Houston District. After working as a design engineer, she rose to assistant area engineer for construction projects within the core of Houston in 1998.

Her accomplishments include providing oversight for portions of the I-10 Katy Freeway reconstruction. The $2.8 billion Katy Reconstruction Program was the largest corridor undertaking in TxDOT history on one of the busiest highways in the state. Paul also served as Brazoria County area engineer before she was promoted to deputy district engineer in 2015.

Paul was the recipient of the 2016 Dewitt C. Greer Award, which recognizes outstanding service to the people of the state of Texas by engineers. Also in 2016, she was awarded Woman of the Year honors by Women in Transportation Seminar – Houston. She also has attended several AASHTO executive management classes to enhance her skills.

"I will also look towards the future to make sure that the transportation systems we built today will be flexible enough to accommodate for any new technology being developed currently and in future," she said.

LeBlanc, TxDOT's director of diversity, equity and inclusion, saw the agency as a natural career choice.

"The ability to develop and execute a strategy providing me with the ability to bring my entire self and my entire basket of skills including leadership, organizational and marketing to bare on an organization," LeBlanc said. "There was energy, passion and support when discussing the potential initiatives. My experience at TxDOT has been unique. I have had full support from leadership in the development, implementation and acceptance of a work strategy. Due to the support of leadership and a great team, together, we have been able to accomplish a great deal in a short time."

LeBlanc hopes that women will see TxDOT as a place to build a career.

"Absolutely, I would say yes," she said. "TxDOT knows having a diverse organization can propel the company to the next level. We know that the leadership team is committed to diversity This is a great time for diverse individuals, especially women, to enter the TxDOT environment."

Butler is another woman who has taken a lead role at the agency and her responsibilities are filtered throughout the entire state.

"I was recruited right out of engineering school, so part of it was TxDOT doing a great job to engage engineering students for their future workforce," Butler said. "In addition, transportation is a field that has a direct impact on our daily lives and is such a critical function for society. It seemed like a great place to start a career in public service."

Asked how she would describe her experience at TxDOT, Butler replied: "Meaningful. I have learned a tremendous amount and have had the opportunity to work with great people across the state on important projects. Planning, delivering and maintaining transportation is a team sport, and I really enjoy the challenge and cooperative nature of it."

Butler would definitely like women to join TxDOT's ranks.

"Absolutely," she said. "TxDOT is always looking for a diverse and talented workforce to help achieve its mission: Connecting you with Texas."

Like others, Henderson made the switch to TxDOT to begin a new chapter in public service.

"I was nearing the end of my career at another agency when a position became available at TxDOT," Henderson said. "I had spent 19 years in my previous position and was ready for a new challenge. In just six years, I can honestly say I now have my dream job. We have an incredibly talented management team that makes every day a joy."

Like her counterparts, Henderson is hoping that women will look to TxDOT as a career choice that will let them meet their career goals,

"I have found the leadership at TxDOT to be exceptionally supportive of women in the workplace," Henderson said. "I'd say there has never been a better time for women to seek employment at TxDOT."

"Women have always played important roles in the agency since first established. It is extremely important for TxDOT to maximize a talented workforce because transportation is key to all. We strive to employ a diverse and talented staff to accomplish our goals of moving people and goods safely and efficiently across the state," the DOT said.

"We are committed to diversifying our team at TxDOT and have implemented strategies for hiring more women," TxDOT added. "Also, as stated earlier, women have always been an integral part of TxDOT since its inception. That's not something new for the department. Female engineers, obviously, are in the minority at TxDOT, as they are in the engineering industry as a whole.  We have worked to make sure we have positive career opportunities to offer female engineers. And again, TxDOT has always strived to employ a diverse and talented work force. That is the challenge we to strive to meet continually."

The agency stressed its efforts to bring in the most qualified, yet diverse, staff to fulfill its mission.

"We think all people bring unique and different perspectives to our team and women are no exception," stated TxDOT. "We are committed to create an environment where all employees feel welcomed and valued. The principles of diversity, equity and inclusion are integrated throughout all levels of TxDOT to continually innovate and advance. TxDOT welcomes every gender, race, ethnicity, religion, ability, sexual orientation and gender identity." CEG

TEXASTexas Department of TransportationWomen In Construction