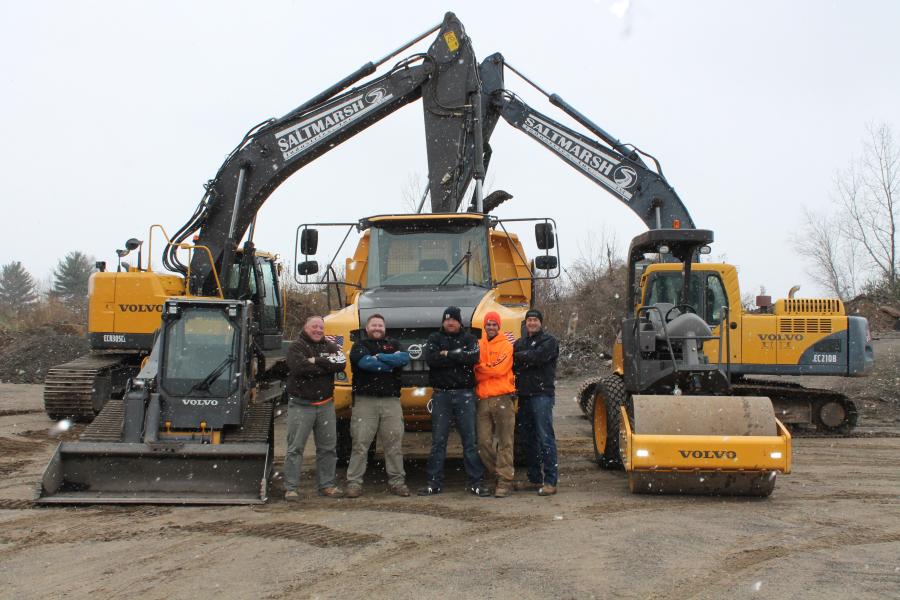 These four men work together to carry out every daily task of the company's operations: Jesse, president of Saltmarsh Industries, handles all job bidding contracts and personally manages the customers' expectations; Alex, vice president, manages the HR department and handles the company's IT needs, as well as being an onsite haul truck operator and an on road dump truck driver; Nick is the primary heavy equipment operator and provides support to team members when needed; Tony brings years of knowledge and experience to the table and fulfills the duties of the site foreman, company's mechanic and operator.

According to Tony, Saltmarsh is able to provide customers with a bid that can complete their entire job from start to finish.

“From digging, to hauling, to general construction we can literally do it all. And because we're a small company, we're able to outbid a lot of the other guys because we don't have the large overhead and there are less channels to move through which drastically reduces errors and miscommunication.”

Saltmarsh also recently purchased a TopCon Geopositioning unit that allows it to perform all of its own surveying, which helps the company provide a quick and efficient quote, cut down on the cost, and add to its list of services, according to Tony.

“Our goal is to provide our customers with a versatile, full service, hassle free experience, at an extremely competitive price.”

In 2010, shortly after Tony joined Saltmarsh Industries, the company had run into a bit of a predicament. Its jobs were becoming more extensive, and although the company had the knowledge and know-how to complete them, it didn't have enough equipment to keep up with the work.

It was time to expand the fleet.

When asked, “Why Volvo?” Tony's response was swift: the name speaks for itself.

“I have worked in this field for many years, and have operated and worked on hundreds of different machines. The Volvo machine by far stands for itself, and it always has. I can say first hand, that it's the best-made machine on the market.”

“Our company was on the upswing, and still is,” said Alex Saltmarsh. “We need to have the right machines to match our 'can't stop-won't stop' attitude, and [Volvo sales representative] Peter Gaj has worked directly with us to match us with the right machines for our needs as our business grows. He has been working with us since 2011, and has provided us with hands down the best customer service. He has traveled as far as Alabama to find us the right machine that meets our budget and he is the perfect fit for not only us, but Tyler Equipment.

“Tyler Equipment Company has truly shown us the best customer service and support from their sales team, all the way through their parts and service. We simply wouldn't be where we are without them.”