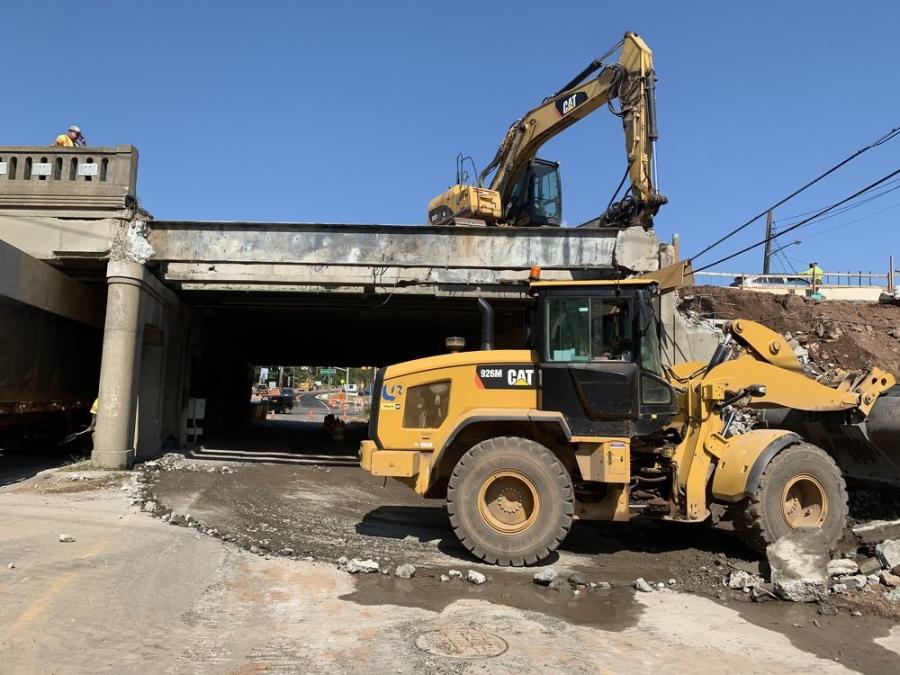 Contract A (approximately $62.6 million), financed by federal and state funds, and Contract B, federally funded, were initiated to correct existing operational and safety problems.

"These existing problems along the Route 46 and Route 3 corridors have resulted in a high occurrence of accidents and chronic bottlenecks," said Steve Schapiro, NJDOT's deputy director of communications. "The problems being addressed are inadequate acceleration and deceleration lanes, narrow shoulder widths, closely spaced driveways and access points, poor sight distance, reduced lanes on Route 3 westbound and deteriorated and substandard bridges."

When completed, traffic flow will improve and fewer idling vehicles is expected to decrease air pollution. 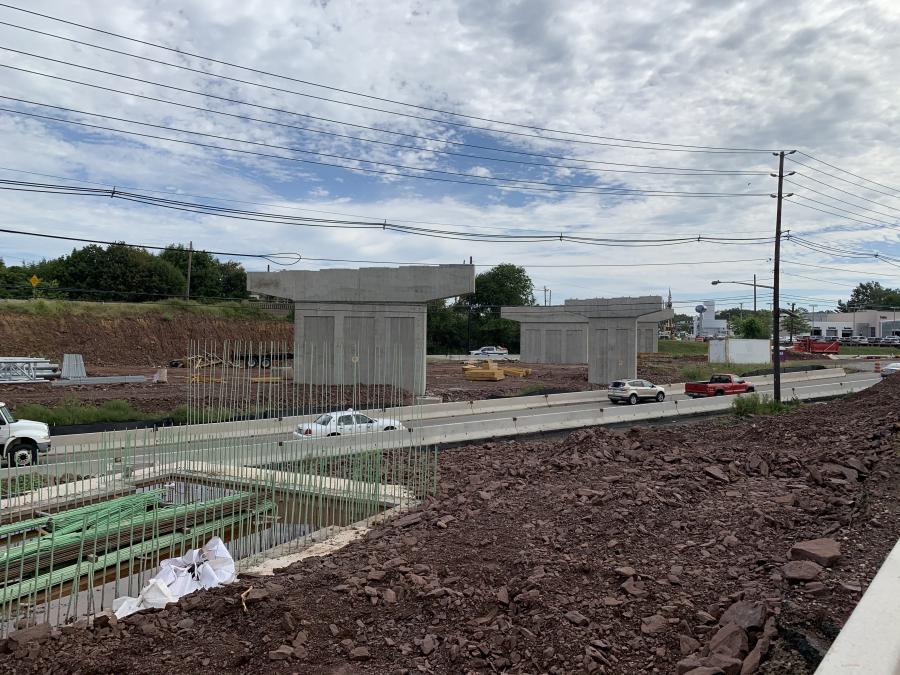 "The interchanges are geometrically deficient and create a major bottleneck for vehicles traveling in either direction," said Schapiro. "Heavy traffic volume during peak periods, and inadequate or nonexistent acceleration and deceleration lanes and shoulders lead to irregular driver maneuvers. The new on- and off-ramps at the interchanges will include exclusive left-turn lanes at the terminals and traffic signals will have coordinated timing to provide an optimum level of service."

The project is taking place in the city of Clifton, township of Little Falls and the borough of Woodland Park in Passaic County; and the work zone extends from Route 46 from just east of Browertown Road (milepost 58.76) to Rock Hill Road (milepost 60.58) and along Route 3 from the Route 3/Route 46/Valley Road interchange (milepost 0.00) to just east of Grove Street (Milepost 0.63).

A feasibility assessment study was completed in 2001 to determine the transportation problems and needs along Route 46 from the interchange with Notch and Rifle Camp Roads in Little Falls and Woodland Park to the Route 3/Valley Road Interchange in Clifton, and the preliminary design phase was completed and approved in June 2008.

"This resulted in the development of the proposed improvement plan, which successfully reduced both utility and environmental impacts," according to NJDOT.

Contract A, awarded to Creamer-Sanzari, a joint venture (J. Fletcher Creamer & Son and Joseph M. Sanzari Inc.), began in spring 2016 and was completed in fall 2019. It included the construction of the new Great Notch Road, a new bridge over Route 46 from Great Notch Road to Clove Road, three signalized intersections, two single-lane roundabouts parallel to Route 46 westbound to remove local traffic from the state highway, the relocation of major city of Newark and Passaic Valley Water Commission water mains along the north side of Route 46, construction of the new Clove Road overpass and interchange ramps and the reconstruction of the existing Notch Road Bridge.

Contract B calls for realigning and widening Route 46, as well as the construction of wider shoulders, acceleration, deceleration and auxiliary lanes. At the Route 3/Route 46 interchange, a three-lane Route 3 section will replace the existing two lane connections, and Route 46 will be realigned to better converge with Route 3. The new interchange includes four new bridge structures, a new signalized intersection, and a new multi-lane roundabout. This work is anticipated to be complete in 2024. Contract B's infrastructure was designed by Stantec.

The design life for the new infrastructure — bridges, ramps, etc. — is 100 years.

The traffic management plan is based on daytime and evening temporary lane and ramp closures and detours as the work progresses. An example of that was the traffic shift, which occurred on April 22, assisted by the New Jersey State Police, that allowed UPC to widen Valley Road to prepare for the construction of a roundabout at the Valley Road/Great Notch Road intersection.

A construction analysis of the project determined that it should be divided and that the phasing for each contract stress utility relocation needs and the prioritization of improvements. 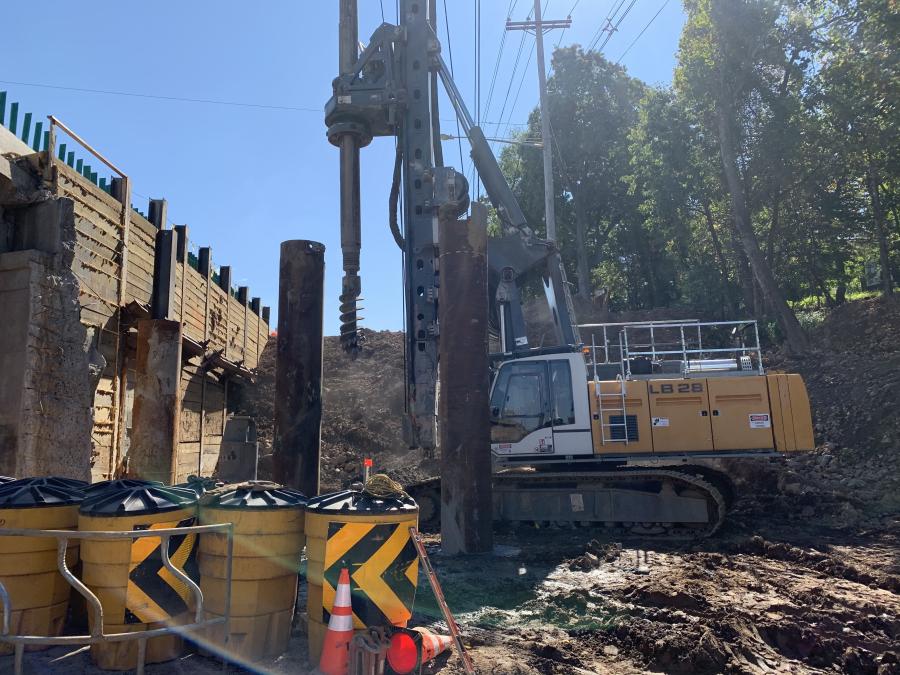 Contract B is being constructed in six stages, Stage 1, with sub-stages 1A, 1B and 1C, had crews constructing the Route 3 eastbound widening, noise barrier and retaining wall from behind the construction barrier, building the Ramp H and the Ramp I bridge; widening Valley Road at Great Notch Road; remove the existing Route 46 median barrier and constructing temporary pavement for the Stage 2 traffic shift; and widening Route 46 westbound east of the interchange.

Stage 3 will deal with the shifting of Route 46 eastbound traffic to the widened section and constructing the proposed median; continuing construction of the new Route 46 bridge over Valley Road and northern portion of the Route 46 Bridge over Lower Notch Road; opening the new Route 46 eastbound flyover bridge and the new ramp to Valley Road (Ramp G); shifting Route 3 eastbound traffic to the temporary connector roadway; constructing the proposed eastbound connector roadway and continuing to reconstruct the existing Route 3 median barrier from Route 46 to Grove Street, as well as the Valley Road/Great Notch Road intersection.

The final stage will see the installation of the final overhead guide sign panels, open all roads/ramps/lanes to traffic, and complete final paving, striping, ground-mounted sign installation and landscaping.

Crews are now engaged in Phase 2, with a focus on road and bridge work.

"Like any project in a densely populated and congested area, Contract B needed to be designed to address challenges such as utility conflicts, right-of-way and restricted work areas all while maintaining traffic through a busy commuter corridor with minimum disruption," said Ahrens. "In addition, the project goes through multiple towns requiring close coordination with many stakeholders. These issues were carefully considered during the final design phase to ensure that any mitigation strategies would have a minimal effect on the project's scope, schedule and cost. Weather can present challenges with any project, and the Route 3/Route 46 Interchange Improvement Project is no exception. The project was designed so that paving and other weather-sensitive stages could be completed during the warmer months."

Currently UPC is working on installing storm sewers, telecommunication conduit, 16-in. water main and electrical conduit, and in terms of road work, engaged in grading, roadway excavation and construction and paving.

The amount of material being removed by earthwork and excavation operations — earth and rock, concrete, asphalt and steel — are still being tabulated.