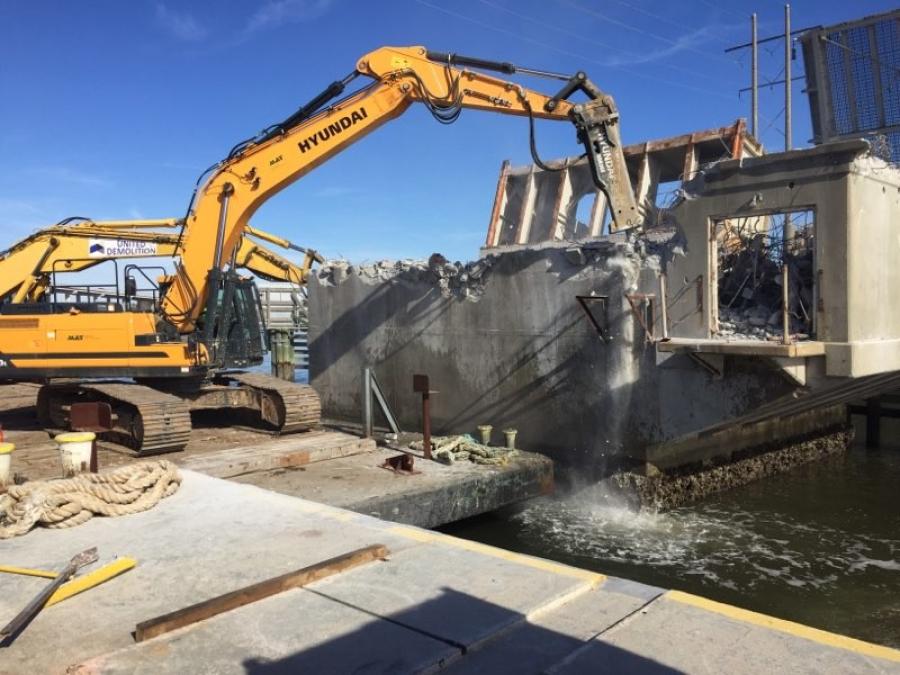 Bridge demolition often begins at night and ends early in the morning. Portions of the bridge are removed in a short work window, and traffic resumes as normal in the morning as if no inconvenience has occurred.

The work is so quick and seamless that some sleepy-eyed commuters might not even notice anything has changed.

Although it set up shop just three years ago, United Demolition LLC has refined the art of bridge removal into an exact science. Contracts have involved demolishing four bridges along Interstate 24 in Nashville, Tenn., over successive weekends, and, recently, another five bridges at interchanges along I-77 in North Carolina. 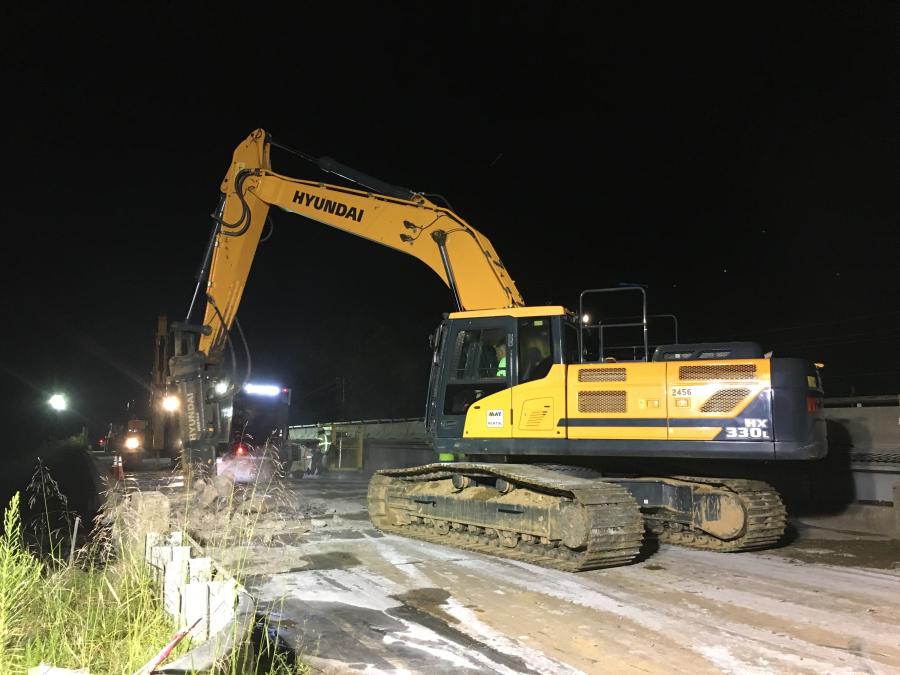 "A lot of the projects are in tight spaces where they are building a new bridge next to an existing one, or they have to do it in phases," Brian Clark, United's vice president, said in an interview. "And then we have the element of traffic below. You can only work when there is a traffic closure. So, with a lot of the jobs, we don't start working until 11 p.m., and we have to be off the road at 5 a.m."

Taking down a bridge is a lot like putting one up — only in reverse, Clark said.

"We typically like to take the bridge deck off first," he explained. "Then we take the superstructure elements down, and then we concentrate on the substructure by hammering and using excavators to dismantle it."

Delays can be costly, with stiff penalties imposed if crews are not out of the way in time for the morning rush. Under such tight schedules, and in such tight spaces, machinery has to be reliable, and United has found that Hyundai machinery, provided and serviced by May Heavy Equipment, meets its needs and surpasses its expectations.

"We chose the Hyundai equipment due to how it performs," Clark said. "It operates very smoothly, also giving you good speed and power. It has good hydraulics to run the attachments for our demolition. It's very reliable, and if it does break down, May Heavy Equipment has provided very quick and on-time service for any repairs."

United Demolition is based in North Charleston, S.C., and does most of its work in the Carolinas, although demand for its expertise in bridge and heavy civil demolition has come from other parts of the Southeast, Texas and even the Northeast. Its parent company, United Infrastructure Group, has been in business for more than 90 years and has developed a close working relationship with the North and South Carolina Departments of Transportation.

As a result, the DOTs know they can rely on United in emergencies.

In April 2018, for example, when a semi hit a bridge in Orangeburg, S.C., taking out a pier column, United got the call at 1 p.m. that afternoon, mobilized by 8 p.m. and had removed half the bridge by the next morning, when the road reopened to traffic.

"Doing a project that quickly depends on the experience of our guys," Clark said. "A lot of our guys have traveled extensively over the Southeast, building bridges and taking down bridges. Everyone works together in a system — one guy will be hammering, and another guy is holding. 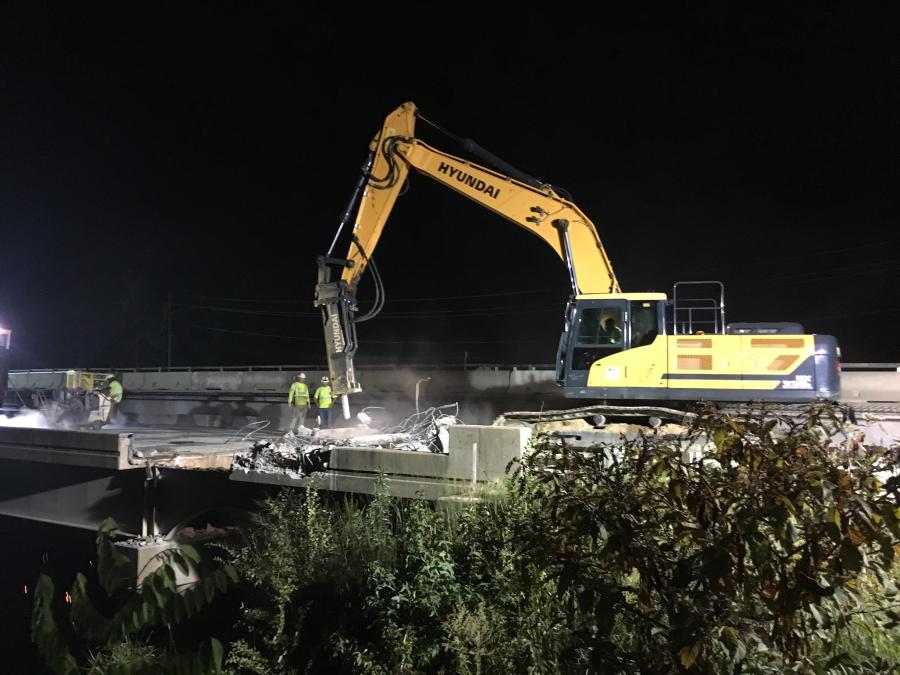 "The machines are used to grab and pass the material in a systematic fashion to processing and loading out material."

"After we get most of that out, we will send it to a local recycler to be reused," Clark said. "By doing that we get good, heavy loads, which cuts down on the hauling and saves the recycler the time it takes to process." CEG