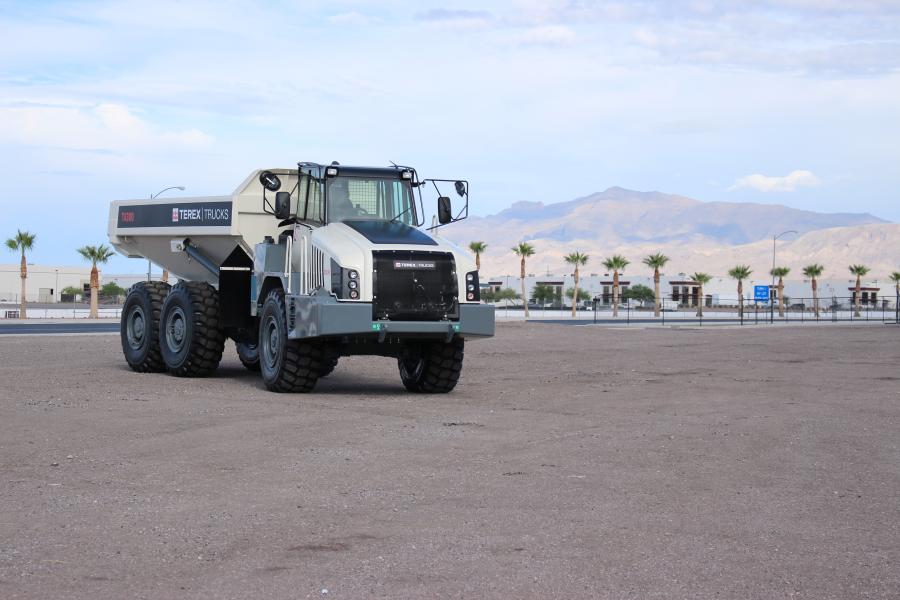 The TA300 also now comes with long life transmission fluid, increasing the length of time between oil maintenance intervals from 1,000 to 4,000 hours.

Terex Trucks has updated its TA300 articulated hauler with the introduction of a new and improved transmission. The 30-ton (28-t) workhorse will now incorporate the latest EP320 transmission from ZF as standard. This results in a 5 percent improvement in fuel efficiency, as well as enhanced performance and productivity, when compared to the previous model working in the same application.

The new transmission comes with eight forward gears as well as four reverse gears, higher overall gear ratio spread, equal ratio steps between gears and optimized gear shifting with partial load shifts. All of this helps to ensure smoother gear shifting and thereby higher levels of operator comfort. The TA300 also is equipped with true independent front suspension as standard, further enhancing operator comfort and enabling excellent traction control and maximum productivity in the most challenging of conditions, according to the manufacturer.

In addition to this, the hauler's maximum speed has increased to 34 mph (55 kmh), up from 31 mph (50 kmh). As a result, customers can achieve faster cycle times and lower cost per ton. Other operational features include automatic shifting with manual over-ride, a hydraulic integral retarder and a hydraulic power-shift longitudinal differential lock. Together, these help to ensure safe and productive operation, as well as reduced fuel and diesel exhaust fluid (DEF) consumption on job sites.

The TA300 also now comes with long life transmission fluid, increasing the length of time between oil maintenance intervals from 1,000 to 4,000 hours. The updated TA300 will initially be available from August in the higher regulated emissions markets of Europe and North America.

“Developing and testing the new EP320 transmission for the TA300 was a collaborative effort between Terex Trucks and ZF. The new transmission has been calibrated specifically for the TA300 and rigorously tested for two years internally and by operators on real job sites, working in a variety of conditions. Operators have had nothing but praise for the upgraded machine. Among some of the most commonly cited benefits are the improved fuel efficiency and performance, as well as the smoother gear shift quality.”

The TA300 is a proven performer on large-scale construction projects as well as in quarries and on infrastructure developments. The hauler's fuel efficient Scania DC9 engine meets the requirements of EU Stage 4/Tier IV Final emissions legislation without a diesel particulate filter (DPF). Together with the new fuel efficient ZF EP320 transmission, this means significantly reduced fuel consumption and operational costs.

The machine has fully enclosed, oil-cooled, multi-disc brakes at all six wheels. These are supported by both the engine brake and the transmission retarder, giving the operator superb control and increasing safety and stability while providing a low cost of operation. On top of all this, the cab boasts pressurized capabilities and a high-performance HVAC system for high levels of operator comfort and productivity, according to the manufacturer.