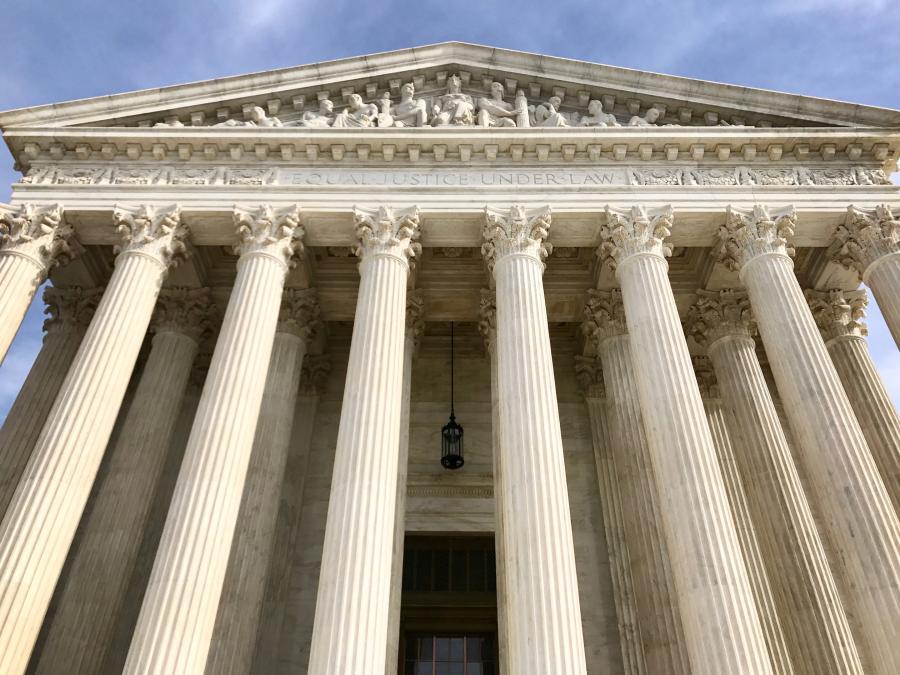 In a narrow 5-4 ruling on June 29, the U.S. Supreme Court ruled that natural-gas pipeline projects with federal approval can seize state-owned land in a case that supports PennEast Pipeline Co.'s planned 116-mi. line through Pennsylvania and New Jersey.

PennEast's pipeline could carry as much as 1 billion cu. ft. of natural gas per day from northern Pennsylvania to New Jersey.

A joint venture of five companies including Southern Co. and Enbridge Inc., PennEast still must secure state-level permits, something that may prove difficult in the Garden State, according to Bloomberg Intelligence Analyst Brandon Barnes. Despite the favorable ruling, he projected the pipeline project still has "low odds."

While the decision is "certainly a material win for pipes generally" as future gas projects could potentially face similar obstacles, Bloomberg Law noted that it is hardly a game-changer for the pipeline industry because there are many ways conduits can be delayed or canceled, Barnes told the legal news outlet.

"At least pipelines can still count on being able to use eminent domain to acquire the land rights necessary to build a pipeline no matter which state they are going through," he said.

PennEast hailed the ruling as a step toward more affordable, reliable energy.

The Supreme Court's ruling "protects consumers who rely on infrastructure projects — found to be in the public benefit after thorough scientific and environmental reviews — from being denied access to much-needed energy by narrow state political interests," said Anthony Cox, chair of the PennEast board of managers.

New Jersey and various environmental groups, on the other hand, vowed to keep up the fight.

The decision "is not the end of the road in our fight against the PennEast pipeline," New Jersey Attorney General Gurbir Grewal wrote in an e-mailed statement to Bloomberg Law. "We still have other, ongoing legal challenges to this proposed pipeline, which is unnecessary and would be destructive to New Jersey lands."

Writing for the court, Chief Justice John Roberts said the federal government can constitutionally delegate its power to use eminent domain to secure land-use rights — even if that means suing a state. He said that authority helped fulfill the constitutional framers' goal of a "cohesive national sovereign."

"Over the course of the nation's history, the federal government and its delegatees have exercised the eminent domain power to give effect to that vision, connecting our country through turnpikes, bridges, and railroads — and more recently pipelines, telecommunications infrastructure, and electric transmission facilities," Roberts wrote.

At issue was a U.S. Natural Gas Act provision that lets pipeline companies use the federal government's eminent domain power. After the Federal Energy Regulatory Commission approved the pipeline in 2018, PennEast sued to gain access to more than 40 parcels of land that are either owned or partially controlled by New Jersey.

A Philadelphia-based federal appeals court said, however, that while the law gives companies eminent domain powers, it does not let them sue states to enforce those rights. It noted that the Constitution's 11th Amendment limits the circumstances in which private parties can sue states without their consent.

Roberts rejected those arguments when he wrote for the majority that lawsuits like the one filed by PennEast "do not offend state sovereignty, because the states consented at the founding to the exercise of the federal eminent domain power, whether by public officials or private delegatees."

In dissent, Barrett said that assertion "has no textual, structural, or historical support." She said that if the federal government wants to take state-owned land, it must do so itself, rather than delegating the power to a private party.

"The Constitution limits the means by which the federal government can impose its will on the states," she wrote.

Jim Waltman, the executive director of the Watershed Institute, a group that has been fighting the pipeline project for seven years, told Bloomberg Law that while being "extremely disappointed" in the ruling, "Our fight against PennEast is far from over. The proposed pipeline project still faces many legal and regulatory obstacles."

The legal news outlet spoke to another pipeline opponent, the New Jersey Conservation Foundation, which sees the high court's ruling as one that puts preserved New Jersey land in "great jeopardy."

"The PennEast pipeline would threaten the health and safety of our communities, seize private land and taxpayer-preserved open space, and harm our drinking water, natural and historic resources," said Tom Gilbert, the group's campaign director.