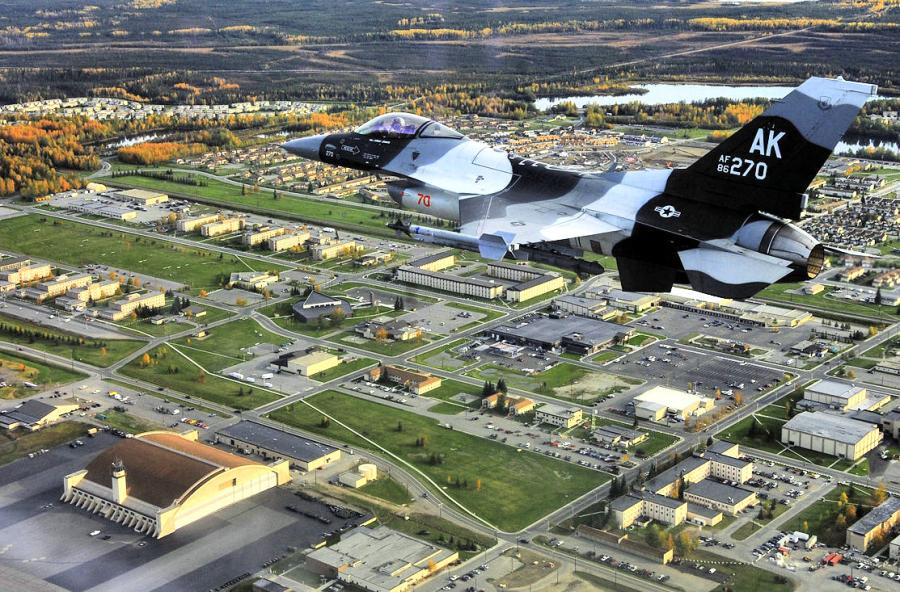 FAIRBANKS, Alaska (AP) The Air Force is planning about half a billion dollars in upgrades at Eielson Air Force Base in the next five years to make way for two new squadrons of F-35 fighter jets.

Officials announced that the base 26 mi. (42 km) south of Fairbanks would be getting 54 of the aircraft starting in 2020. Col. Mike Winkler, 354th Fighter Wing Commander, said funding will go toward the construction of new hangars and other projects for the F-35s beginning this fall, The Fairbanks Daily News-Miner reported.

With the arrival of the jets, the Air Force also plans to add hundreds of military personnel. Winkler said there could also be new recreational facilities built to accommodate the base's larger population.

“Regardless of whether it ends up being a brewery or something else, with the additional population here, we're going to be looking to bring other quality-of-life initiatives down here,” he said.

Winkler said about $37 million in construction is planned for this fiscal year and that next year will be the biggest construction year, with $296 million in projects planned. Costs in 2018 are estimated at $200 million, Winkler said.

The Air Force does not expect the renovation and demolition work to cause many delays on the Richardson Highway, which runs alongside Eielson's flight line on the west of the base.

“We're working closely with the Department of Transportation to make sure we've got a safe way to re-orchestrate that traffic so we're not causing backups back there,” Winkler said.