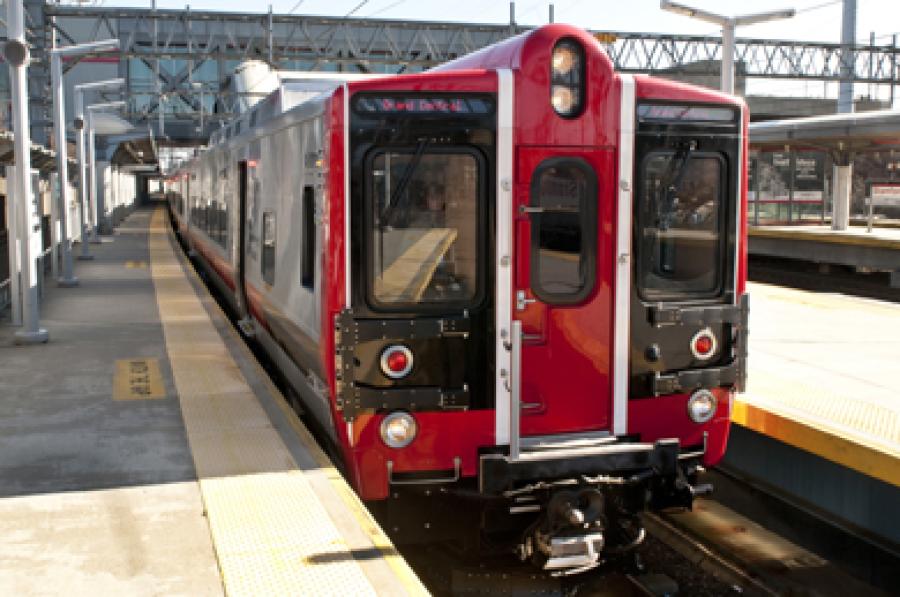 DOT has been investigating a complaint alleging that Hogan violated a federal law prohibiting racial discrimination in programs receiving federal funding by canceling the Red Line.

The U.S. Department of Transportation has expanded its investigation of Maryland Gov. Larry Hogan's decision to cancel a railway line, saying the probe will now include all of the state transportation agency's programs to determine whether federal law was violated.

Since Dec. 2015, DOT has been investigating a complaint alleging that Hogan violated a federal law prohibiting racial discrimination in programs receiving federal funding by canceling the Red Line. The $2.9 billion 14-mi. (22.5 km) train line was proposed to connect predominantly African-American neighborhoods in East and West Baltimore. The funds were redirected to highway, road and bridge projects across Maryland.

In a letter sent to the governor, the federal agency said it was expanding its review to include all transit programs to ensure compliance with federal law, known as Title VI.

The letter, dated Jan. 19, also said that investigators found no evidence that state officials took the law into consideration before canceling the Red Line, or that they considered the impact such a decision could have on Baltimore's African-American communities. Additionally, investigators found that the decision was made by the Office of the Governor without any input from the state's transportation agency.

Douglass Mayer, a spokesman for Hogan, said that the assertion that the governor did not confer with state transit officials before canceling the Red Line is “100 percent false.” Mayer also questioned whether the federal investigation would continue under the new administration.

“I'm not going to comment on a review launched by the previous administration on the last legal day in office based on actions the state took nearly two years prior,” he said. “However, if this review actually does go forward it will undoubtedly find what a lot of people already know, and that's that the Red Line didn't make fiscal sense for the state.”

An email to the U.S. Department of Transportation requesting comment was not returned.

Independent of the project's financial feasibility, the review is focused on whether the governor violated or failed to take into account a statute barring racial discrimination in canceling the rail line, according to the letter.

Hogan announced that he would not build the Red Line in June of 2015, calling the project a wasteful boondoggle that “is not the best way to bring jobs and opportunity to the city.”

After the governor scrapped the project, roughly $1.35 billion in state funding that had been earmarked for it was reallocated to road, highway and bridge projects across the state. In place of the Red Line, Hogan announced BaltimoreLink, an enhanced bus system designed to bolster transit options by providing expanded service. At the same time, Hogan approved plans for the Purple Line, a $3.3 billion train line that would serve the suburbs of Washington.

The Department of Transportation investigation was prompted by a complaint filed in Dec. 2015 by the NAACP Legal Defense and Educational Fund. The NAACP called Hogan's decision “the latest chapter in a long history of racially discriminatory decisions regarding the allocation of transportation and housing resources in the state.”

Residents in West Baltimore, the complaint said, are predominantly African-American; in some neighborhoods, the majority of households does not have a car and relies entirely on public transit. The line would have been an important link to neighborhoods that host thousands of vacant buildings and where employment opportunities are scarce to job centers elsewhere in the city.

Yvette Rivera, associated director of the Department of Transportation's Office of Civil Rights, wrote in the letter that the state agency has “administered their programs and services in a manner that calls into question whether [the governor's office] violated DOT's regulations governing the planning process.”

“As a general rule, a pattern of cancelling projects or a pattern by a state of underserving communities in the provision of transportation services, in a way that disproportionately affects minority communities, may be a…Title VI violation,” she wrote.

If investigators find that the state has violated federal law, federal officials could require the state to develop a compliance action plan to correct the violation. —AP