The Borgata was the scene on Friday, Sept. 30, as equipment dealers and construction services companies met with Garden State contractors. 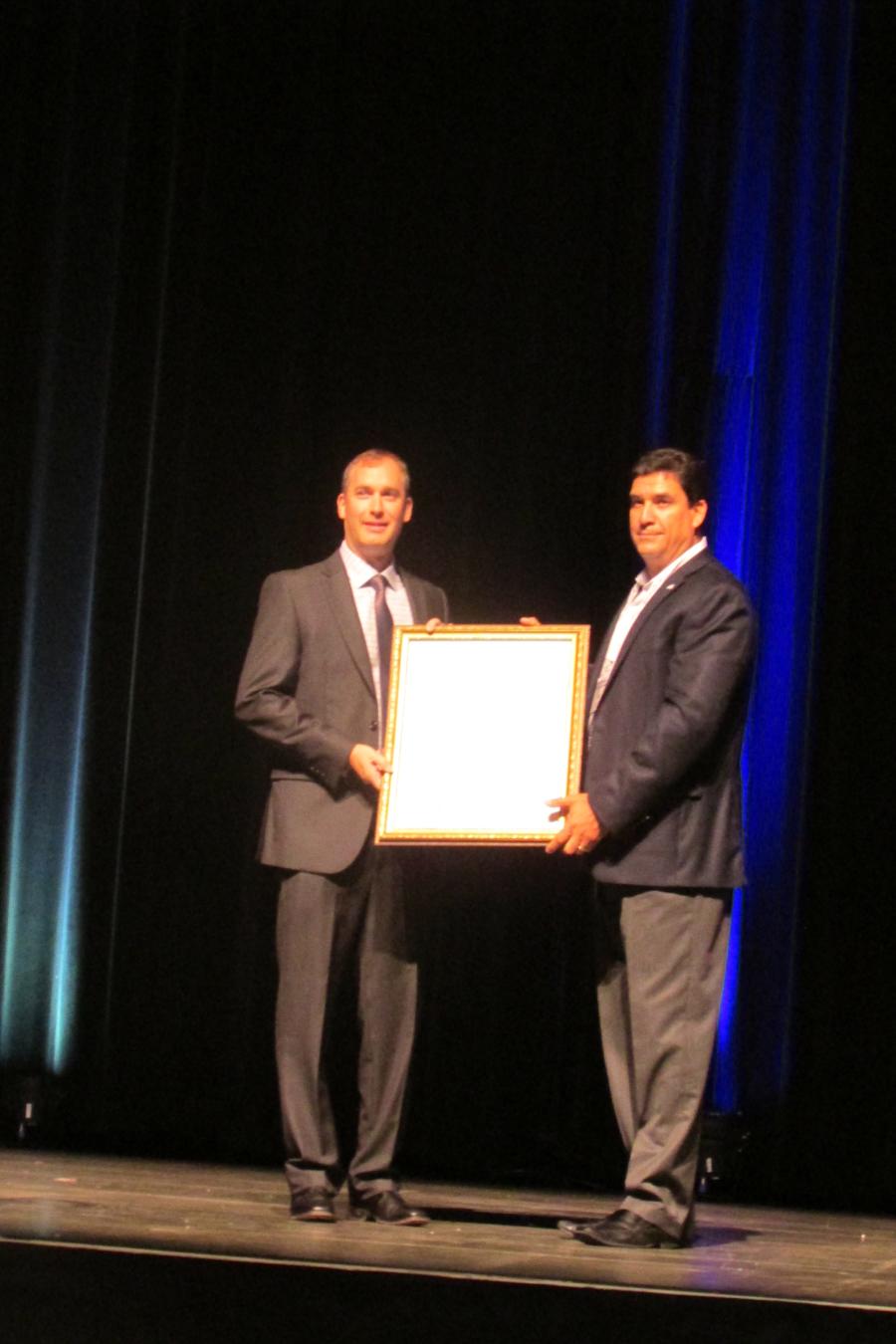 On Friday, Sept. 30, equipment dealers and construction services companies met with Garden State contractors (and contractors from neighboring states) during the trade show in the Borgata.

The Annual Awards Luncheon began at noon, where the Larry Gardner Memorial Award was presented to Rob Culnen of C & H Agency. Each year, this award is given to a UTCA member who has demonstrated outstanding service to the association.

Beckel and Thomas are co-authors of a book titled, “Common Ground: How to Stop the Partisan War That Is Destroying America.” In the book, they attempt to expose the hypocrisy of the issues created by both liberals and conservatives that perpetuate and allow both parties to capitalize on political division.

Together, they assert, there is, in fact, much commonality among political issues, even deeply entrenched ones, between the two sides and that communication and subsequently, compromise, are the keys to end ideological gridlock. Thwarting that compromise, they explained, is what they call the broken primary election system, which they said, forces candidates on either side of the political aisle to move too far left or right to prevail, which, in turn, leaves little room for compromise. Both Thomas and Beckel also strongly advocated for term limits, which, they argued, must be implemented to end the incessant need to raise funds in order to be re-elected, thus beholding them to special interests.

During the UTCA convention, the organization also inducted Jim Coddington of Tilcon as its new president, replacing Tino Garcia of Ferreira Construction, whose term expired.