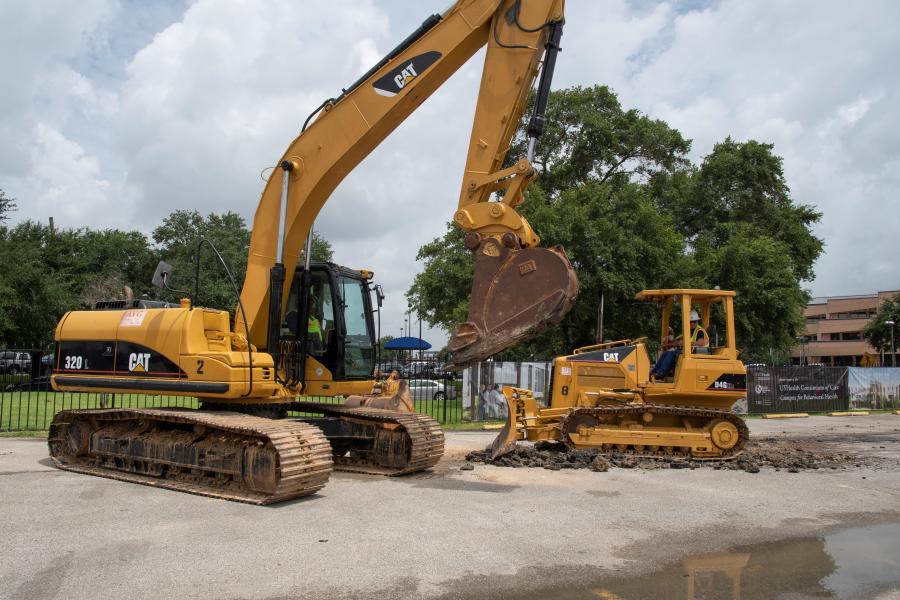 Regarding excavation work, approximately 5 ft. deep of select fill will be placed under the entire footprint of the building, and five additional ft. beyond the footprint. (UTHealth photo)

In what will be the first major construction of a state mental health hospital in more than two decades, work has begun on a facility in Houston that will provide services for people needing inpatient acute psychiatric care or support to help transition back to their home communities. The Texas Health and Human Services Commission (HHSC) and The University of Texas Health Science Center at Houston (UTHealth) held a groundbreaking ceremony in June for the new psychiatric hospital, the UTHealth Continuum of Care Campus. 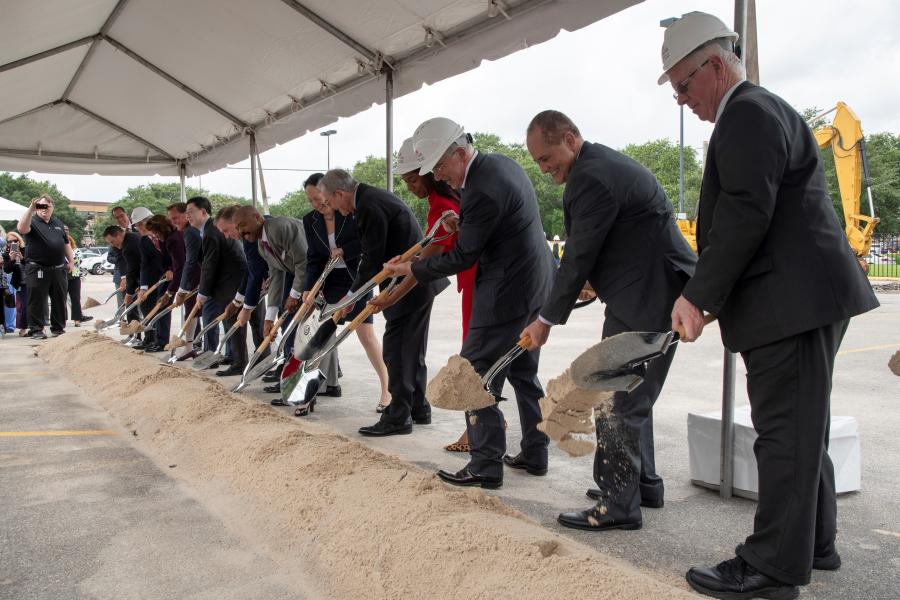 "The state has embarked on a plan to begin re-thinking its state hospital system and re-building those facilities that are past their useful life," said Stephen Glazier, chief operating officer, UTHealth, Harris County Psychiatric Center, who will help oversee the UTHealth Continuum of Care Campus. "Adding this new capacity now, in collaboration with the state hospital system, will help the state to significantly expand their integrated system.

"Harris County has not added any new public mental health beds since the Harris County Psychiatric Center was built more than 32 years ago. During that time the population has grown significantly. Consequently, the area is significantly short on the number of psychiatric beds it needs."

According to Glazier, the hospital will use light, specifically circadian lighting and space in the design to create an environment that reduces stress and creates a more calming atmosphere.

This new hospital will provide both acute and sub-acute levels of care. 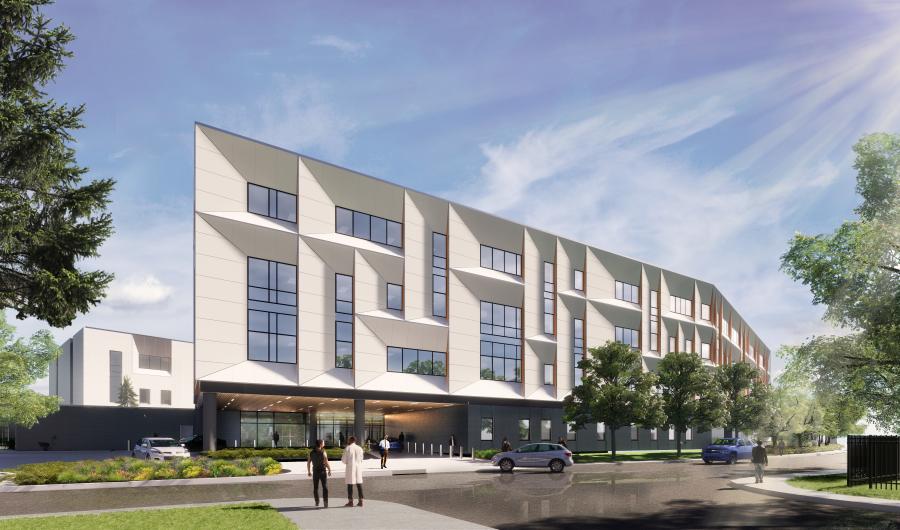 "Acute care focuses primarily on patient stabilization with an average length of stay of about seven days," said Glazier. "Sub-acute care, which typically lasts about 60 to 90 days, continues the stabilization process, but also spends more time on therapy and discharge planning."

Glazier noted that constructing a mental health facility differs from working on a more traditional hospital because of the types of treatments involved.

"Mental health hospitals typically don't need or provide as many ancillary services as traditional hospitals. As a result, they don't require the same type of equipment and infrastructure, which makes the design and construction less complex and a bit less expensive."

According to the official HHS news release, the new construction will have a significant impact.

"The state is making an unprecedented and life-saving investment in helping people with mental illness," said Dr. Courtney N. Phillips, HHS executive commissioner. "This is a true partnership, with a common mission of providing absolutely the best care possible. We are making progress, expanding our efforts and moving forward to proactively address the mental health needs of Texans."

Two years ago, the Texas Legislature and the Governor approved $125 million in funding for a new 240-bed hospital in Houston. HHSC is contracting with UTHealth to design and construct the building. Texas has invested $745 million over the past two legislative sessions to replace and renovate a number of hospitals throughout the state.

"The Texas Legislature has made a commitment to increasing access to mental health services, and the expansion of the UTHealth Continuum of Care Campus is a prime example of that investment in action," said Rep. John Zerwas, M.D. "The ability to serve more people and better the lives of Texans, while lowering costs elsewhere, such as the criminal justice system, is a true success." 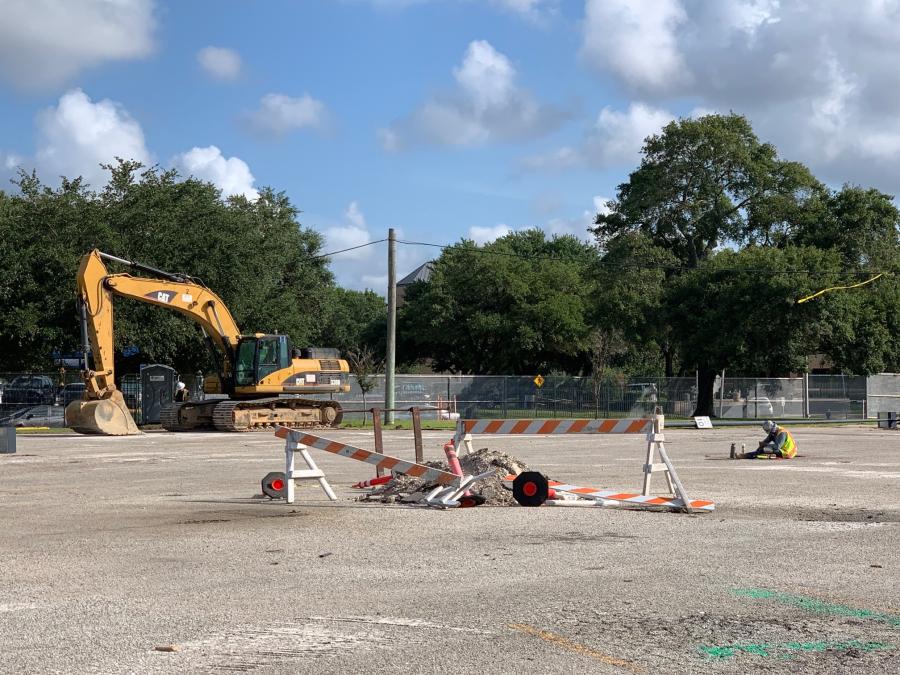 Wes Stewart, vice president of facilities, planning and engineering at The University of Texas Health Science Center at Houston (UTHealth), said while it's early in the process, workers are making progress.

The location is currently a paved parking lot with fencing, parking gates and light poles, as well as low and high voltage lines running through the site. Contracts are in place and work has begun to relocate the high and low voltage lines.

"This property was the location of an apartment complex," said Stewart. "With the site being a paved parking lot, we anticipate some unforeseen conditions that will need to be addressed."

Regarding excavation work, approximately 5 ft. deep of select fill will be placed under the entire footprint of the building, and five additional ft. beyond the footprint. In addition, approximately 74,000 cu. ft. of storm water detention volume will be provided using underground storage tanks on the project site. More than 180 piers will be drilled as part of the foundation structure. A total of 30,653 cu. yds. of dirt will be moved on the project.

As for issues that must be addressed, said Stewart, "There are a significant number of stakeholders. Meeting the different needs can be challenging."

Key tasks yet to be carried out on the project include completing the design of the core and shell.

"The project is divided into two packages — the site and utility, and the core and shell. BP2 construction drawings are expected to be ready for bid Sept. 1." 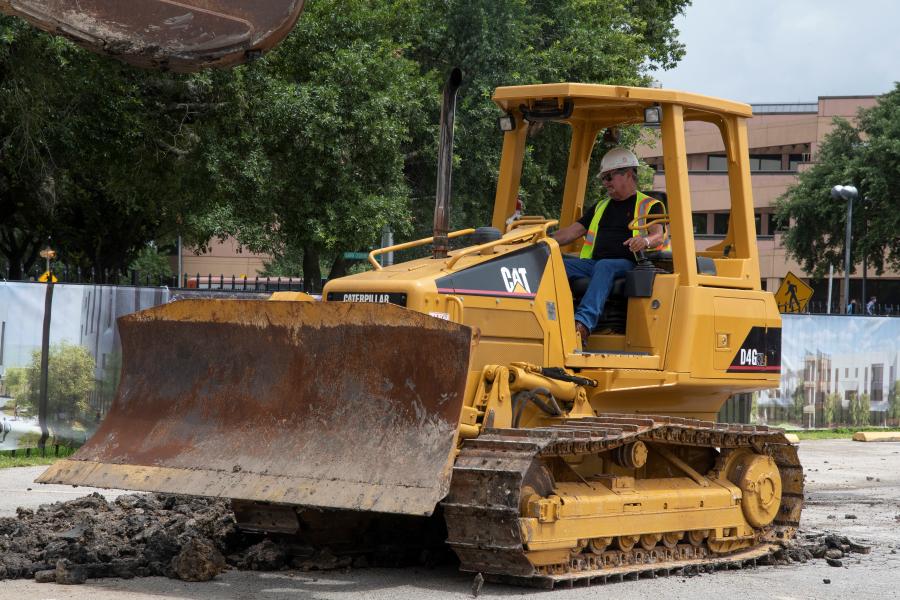 The most time-consuming part of the work will involve change management. This involves revisions requested by the owner, users, design team, contractors, code authorities, building operators, etc. The more than two-and-a-half-year long hospital project requires thorough evaluation, both technically and financially, to maintain the project budget, scope and schedule.

According to the official website, UTHealth Harris County Psychiatric Center is the largest provider of inpatient psychiatric care in Houston, providing care to 9,000 patients annually, including adults, adolescents and children. It serves as the teaching hospital within McGovern Medical School at the University of Texas Health Science Center at Houston (UTHealth). Psychiatrists and psychologists are faculty members in the Department of Psychiatry and Behavioral Sciences. CEG