Other forest construction projects by the firm include the Mountain Forest Hotel in Guizhou and the Forest City in Shijiazhuang. 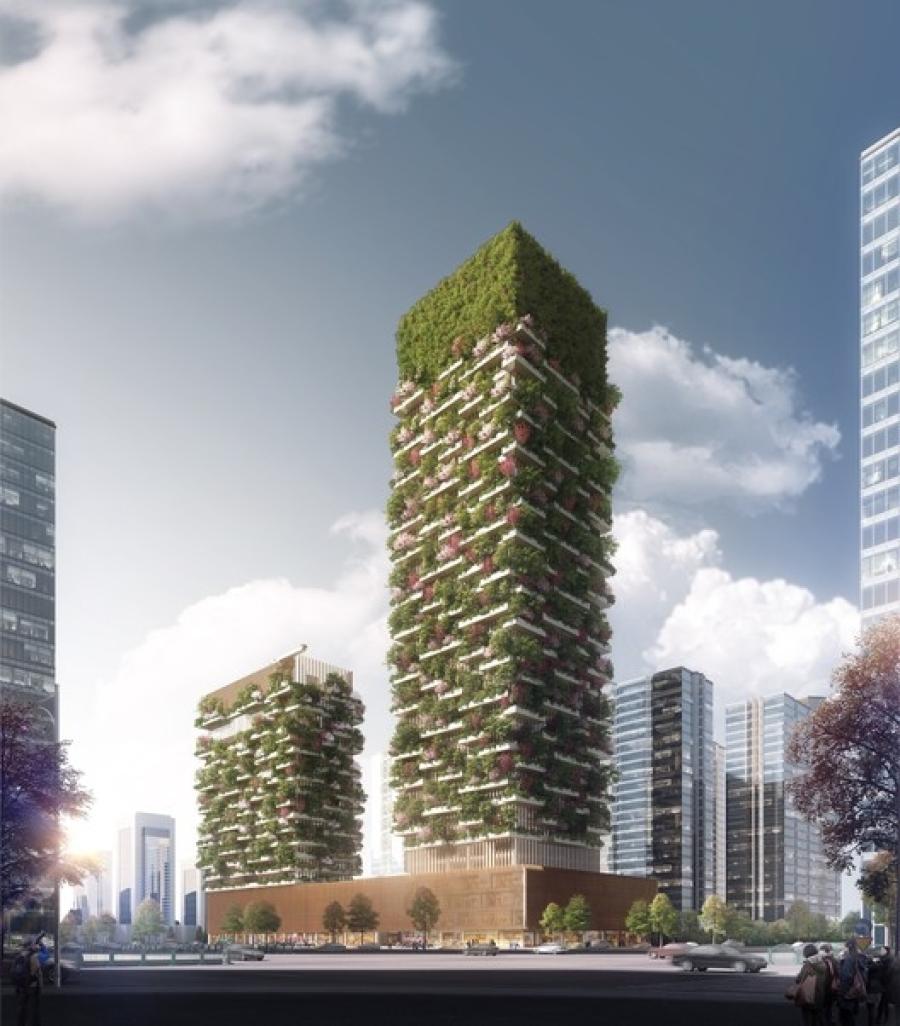 The firm is planning on translating the model to cities all of the world. Image via StefanoBoeriArchitetti.net

Stefano Boeri Architetti has released plans for their first “Vertical Forest” project to be realized in Asia, two mixed-use towers to be located near the Yangtze River in the Pukou District of Nanjing, China. In total, over 1100 trees will cover the building, helping to regenerate local biodiversity while cleaning the air.

Following the prototype first realized in the studio's Milan Vertical Forest project, the Nanjing Vertical Forest will be characterized by a high density of lush vegetation supported by balconies along the building facade. More than 600 tall trees and 500 medium sized trees from 23 local species will be used, along with 2500 cascading vines and shrubs, to cover a 6,000 square meter surface area. The plantings are estimated to absorb 25 tons of carbon dioxide per year, while contributing 60 kg of fresh oxygen to the atmosphere per day.

The two towers will be organized by program type, connected at their bases through a publicly-accessible podium. The taller of the structures, at 200 meters high, will contain 28 floors of office space, along with a museum and “green architecture school.” An ultra-dense “green lantern” will crown the building, and will surround a rooftop private club. The second tower, at 108 high, will house a 247-room Hyatt hotel and will be capped with a swimming pool on its roof. The 20-meter tall podium will be dedicated to commercial, recreational and educative functions, and will feature retail space, a food market, restaurants, a conference hall and exhibition spaces.

As Stefano Boeri Architteti's first Vertical Forest in Asia, the Nanjing Vertical Forest will continue to develop the studio's landmark construction system first employed in Milan and Lausanne. The firm is planning on translating the model to cities all of the world, in particular in other Chinese cities such as Shijiazhuang, Liuzhou, Guizhou, Shanghai and Chongqing.

Other forest construction projects by the firm include the Mountain Forest Hotel in Guizhou and the Forest City in Shijiazhuang.