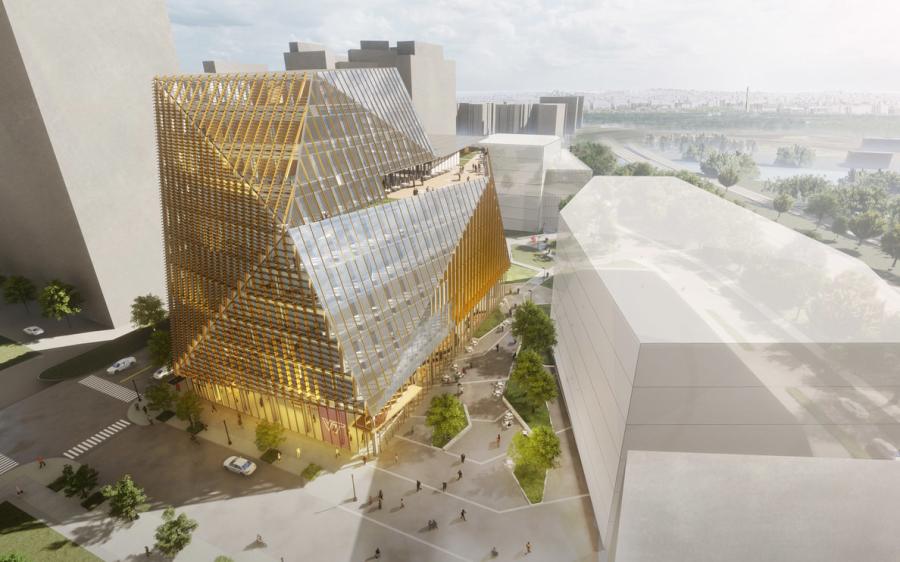 Virginia Tech will receive $50 million from Boeing, the world's largest aerospace company, to go toward financial aid to build and diversify the graduate technology campus the university is developing in Alexandria, Va.

The multi-year donation to Virginia Tech from the 105-year-old American aerospace and defense contractor was announced May 4 and matches the largest ever corporate gift to the university, based in Blacksburg, Va.

Construction of the Virginia Tech Innovation Campus in Alexandria is expected to get under way this fall. If all goes to plan, the northern Virginia campus' first building will open in 2024 with a focus on research and graduate education in computer science and computer engineering.

According to the Washington Post, the university's goal for the campus is to grow to approximately 750 master's degree students and 200 doctoral students.

"This is a milestone moment in our university's history, and it will propel our work to help establish the greater Washington, D.C., area as the world's next major tech hub," Timothy Sands, president of Virginia Tech, said in a statement.

The university has approximately 36,000 students, most of them on its main campus in Blacksburg.

The first 79 Innovation Campus master's students are based at a Falls Church, Va., location. In 2020, they began taking classes online for this academic year due to the coronavirus pandemic, the Post reported.

The new Virginia Tech campus will occupy a 3.5-acre site in the Potomac Yard neighborhood south of Alexandria's Four Mile Run. The first academic building is slated to be 11 stories tall with 300,000 sq. ft. of floor space and is on track for a groundbreaking as early as September. Two more buildings also are planned that will each encompass about 150,000 sq. ft.

Boeing's largess reflects the interest companies are showing in an educational project in northern Virginia near the site of the new Amazon East Coast headquarters.

David Calhoun, Boeing's chief executive and a 1979 graduate of Virginia Tech, told the Post that the gift is meant to promote a skilled and diverse workforce. He said Boeing has eyed the campus closely in the years since it emerged as a venture to boost Virginia's successful bid for the new Amazon headquarters.

"We want to be one of the early players on the campus," Calhoun said in a videoconference interview with the newspaper. "Its location, next to policymakers, is going to matter."

The Boeing gift also will support several other initiatives, according to Virginia Tech, including scholarships to "attract, retain and propel a diverse cohort" of master's students and doctoral fellowships to attract a "highly skilled and diverse cohort of researchers."

Monies also will be used to enhance student recruiting, academic support and programs to encourage military veterans and other nontraditional students to enroll, reported the Post. Additionally, there are plans to collaborate with local public schools to build interest among younger students in science, technology, engineering and mathematics.

"The gift is immensely important," noted Lance R. Collins, who started with Virginia Tech last August as vice president and executive director of the Innovation Campus. "I want this to be the most diverse graduate tech program in the country. This is going to make that possible."

He said that he wants to draw various underrepresented groups, including women, African Americans, Native Americans and Latinos, to the Alexandria campus, according to the Post.