State to Decide Fate of $1.6B Project 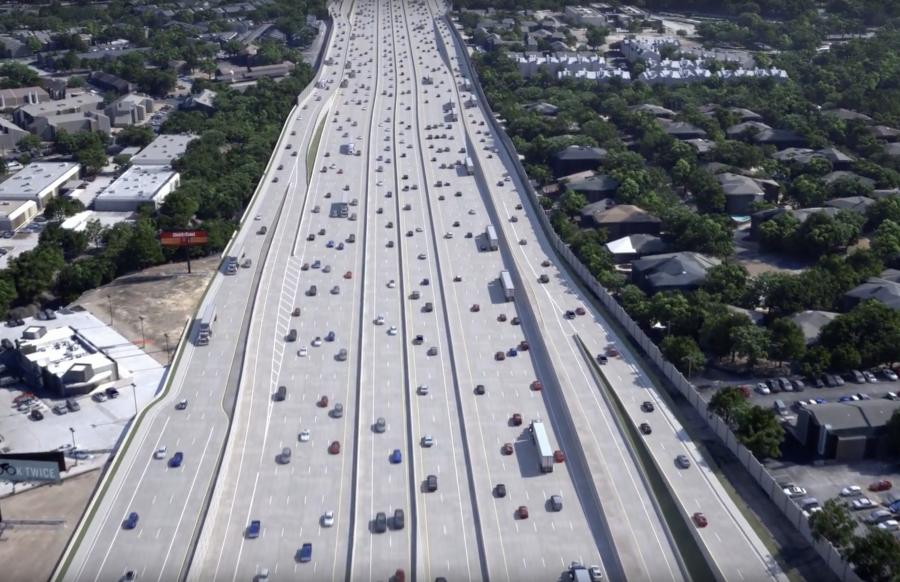 Texas transportation officials are hoping to soon get the green light on a badly needed $1.6 billion interstate project. But politics have stalled the LBJ East widening plans and it's unclear when it might move forward.

“What you have is local elected officials under federal law responsible for delivering state transportation up against some state elected officials who have funding from very conservative interests in the state,” said Michael Morris, director of the North Texas Regional Transportation Council. “Basically, across the state of Texas all the toll projects were put on hold. Everything was just put on hold.”

The project involves about 10 miles on I-635 — AKA LBJ East — which runs from U.S. 75 to I-30. It is the last phase of a highway project that has been going on for 20 years. The existing highway, which currently includes a toll lane, is outdated and in need of alignment. It is the highest congestion relief priority for the RTC.

“In Texas we like continuous frontage roads,” Morris said. “If an incident occurs on the freeway, cars can exit, get off the freeway and continue on their way. This has no frontage road. Coming out of 75, it heads due east, then turns southeast and by 30 runs almost south. It's in the corner of a regional loop. The interchanges have to be modernized because the interchanges don't line up. All the interchanges are in wrong location.”

Morris blames the hold up on outside interests who support state political candidates.

“These are conservative, rural, Libertarian people. Why wouldn't you be the supporter of these toll lanes? You are not increasing taxes. It's a choice. They live somewhere else, they are wealthy. They pay money to state elected officials. It's not like they live in our region.”

The Interstate project was a key issue in the recent Texas Senate Republican Primary. In a report by NBCDFW.com, incumbent state Senator Bob Hall was quoted as saying, “I was opposed to it being a toll road. I was supportive of it being the road that we need to get built next. The money is there without any impact on any other program, and it will be done without it being a toll road. We've been on this crack cocaine of fixing roads called toll roads.”

His opponent, state Representative Cindy Burkett supported the project. She lost the primary to Hall.

But while the subject seems to be controversial among political candidates, Morris says it's very popular with the public.

“The people who travel this road are very emotional in a positive sense of moving this along,” he said. “We never had citizens more supportive of something we're doing. We'll hold a town hall meeting and 400 people will show up. At one town hall meeting, 345 voted to do what we want to do. Five voted against it. One of them was a state elected official.”

Opponents of the project say the tolls paid by one driver will equal the cost of college tuition over the course of their life. But Morris said drivers on a nearby toll lane pay an average of about $10 a month.

“People choose when to use it,” Morris said. “You can decide. Our citizens say we want a corridor of choice. We don't want that stop and go traffic. By building a toll managed lane, if you want to, you can go in that lane or the frontage road. If you want a more reliable option, you can go on the express lanes. There are steps I laid out to the board — you're elected officials, go have conversations with state elected officials and see if we can proceed with the $1.6 billion project. The staff will go through multiple ways this project can be funded. What is important is that the state is holding up the design-build contract. The state can only issue three a year. This is where engineering and construction come together. The engineers and construction companies will partner in innovative ways to compete against each other and bid on the project. Maybe there was a lot of jockeying in the primary, but that is behind us. We'll be encouraging the commission to move forward in April and issue design build contract.”