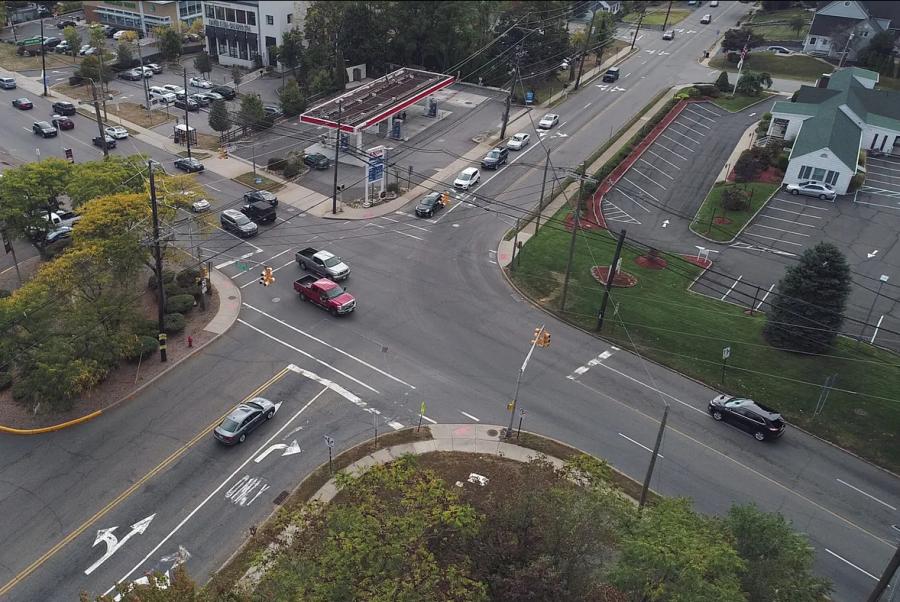 The work, which is expected to take up to two years, will involve the construction of a pair of jughandle roadway loops to eliminate left turns at the congested crossroads. In addition, three more traffic lights will be installed as well as new sidewalks.

Both county thoroughfares also will be widened along certain portions, according to NorthJersey.com.

A jughandle is often called a "Jersey left" because so many of them are found in the Garden State. In fact, at least four others have already been built in northern New Jersey.

Wayne Mayor Christopher Vergano told the local online news service before work started that his biggest worry about the project was the ability of drivers to enter the Preakness shopping center, located at one corner of the intersection. But he said changes to the plan addressed that issue.

"Traffic flows very slowly through that intersection," he explained, "especially if you're trying to make a left-hand turn onto Alps Road — there's a long wait."

The city said detours are expected to be minimal, and through traffic will be maintained by shifting lanes for the duration of the project.

The north jughandle will be built through a part of the shopping center's property, while plans call for the south jughandle to be constructed around commercial and medical buildings, including a chiropractor's office, a Dollar Tree discount store and an Exxon gas station.

In February, the Passaic County Board of Commissioners awarded a contract of $5.4 million to Hackensack-based New Prince Concrete Construction Co. Inc. to complete the work, which is being funded by state grants.

But NorthJersey.com reported that the cost was considerably more than that because the county had to buy 22 strips of land from private owners within the limits of the project. In some cases, those acquisitions required the use of eminent domain.