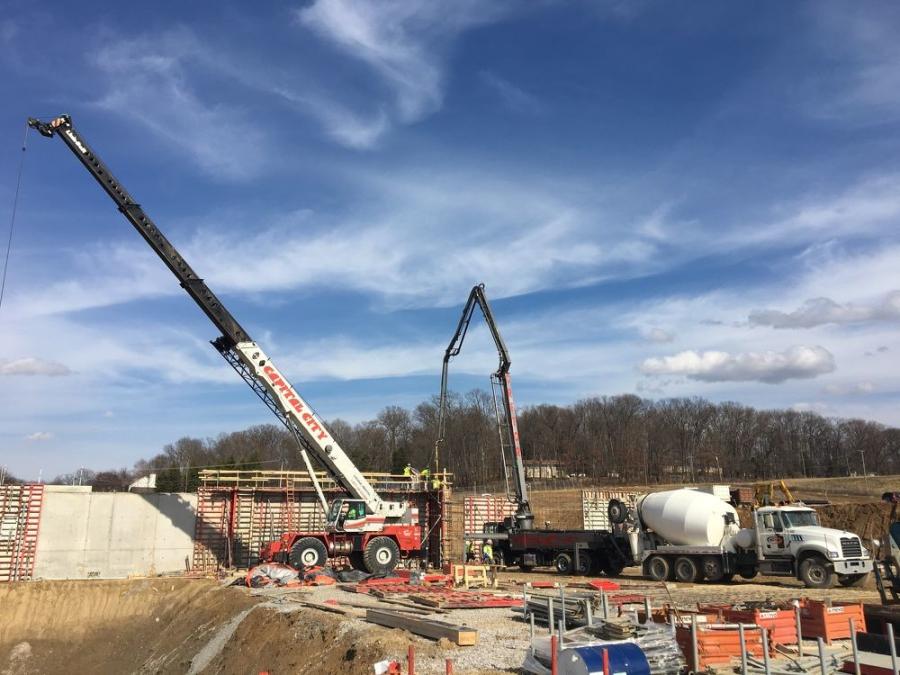 Several of the contractors own their equipment, while others are renting equipment from area dealerships.

FMC is collaborating with The Boldt Company, a 129-year old national health care real estate developer and builder, which owns the campus. The groundbreaking for the River Valley Campus took place in November 2017, and the new building is expected to be completed by early 2019.

The new campus will include a health and wellness center and a freestanding emergency room adjacent to FMC's River View Surgery Center on North Columbus Street in the Route 33 corridor.

“This project is a vision of health and wellness for our community,” said Pam Starlin, FMC's director of facility operations. “The goal is to provide efficient, timely and accessible care in a state-of-the-art, warm and welcoming environment on a campus close to home. Accessibility for the growing part of our community and ease of access for the communities we serve is key. We are investing millions of dollars in state-of-the-art equipment and technology to bring the latest in diagnostics and care to an easily accessible and highly visible location.

“It is also estimated that this facility will bring 110 jobs to the community,” she added.

Planning began in December 2015, and the project conception was unveiled to the public in April 2016.

The campus will feature a 12-bed emergency department with a separate entrance for squad and ambulatory traffic; a fully equipped trauma bay; four exam rooms equipped to house observation patients; rooms equipped for the care of bariatric and isolation patients; a women's health center where mammography, ultrasound, bone density and navigation services will be available in a private, spa-like environment; a clinic with 15 exam rooms with plenty of circulating space for multiprovider support and functionality; a medical/fitness level that will provide advanced physical therapy, occupational therapy, cardiac rehabilitation, and physical fitness, as well as a warm-water therapy pool, large classrooms and group exercise areas for instructional classes; and a diagnostic imaging and outpatient laboratory. There also will be lounge areas and conference space.

DesignGroup, which designed the River Valley Campus, mirrored its appearance to that of the FMC's Surgical Tower, which opened in 2015 at the main hospital complex.

“There were two primary drivers for the form and organization of the building — the desire to best utilize the steeply sloping hillside, and the wide range of programmatic functions the building was to house,” said Joe Mayer, project architect. “These elements were challenging variables in the design process, but were approached as allowing exciting opportunities for creating great patient, visitor and staff experiences. Externally, the architecture uses the site's natural topography to create a prominently visible destination for the building's users.”

Andrew Barbina, Welty's project manager, noted that the completion date was delayed from mid-December due to record precipitation and related logistical constraints. 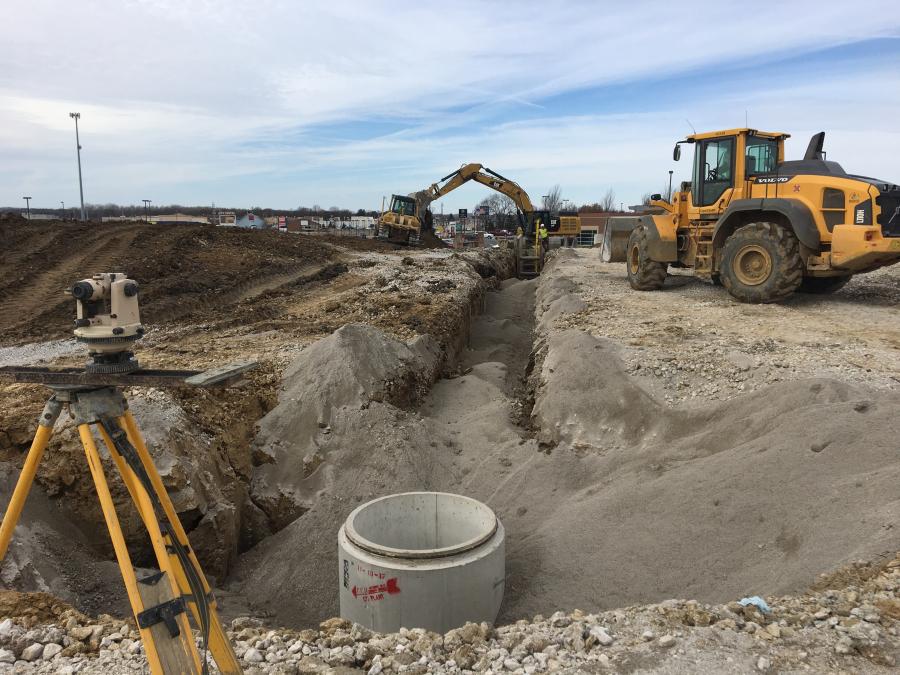 “This is a challenging project, with portions requiring deep footings, and substantial basement and overall, steep grade changes over the footprint of the project,” he said. “This project is on a hillside, and the change in elevation from the top to the bottom portion is about 75 feet. We broke ground in November, at the start of winter, and were 30 to 40 feet in the ground facing the implications of a prolonged winter and wet spring.”

The building site is a 15-acre field, and the earth work was completed by the Trucco Construction Company Inc. in a few months.

“The first part is clearing trees and shrubs on the site, then stripping the topsoil off of the areas that would be disturbed,” said Barbina. “From there we proceeded to grade the final building pad. The earth work continued on the major underground utility installation — storm infrastructure which was quite deep at the top and required a lot of deep open cut trenches. We ran into a few issues with rock and eventually we pushed the job to the bottom of the hill, installing storm, water, and sanitary sewers.”

Preconstruction work began in the spring of 2017 and ended with the groundbreaking. 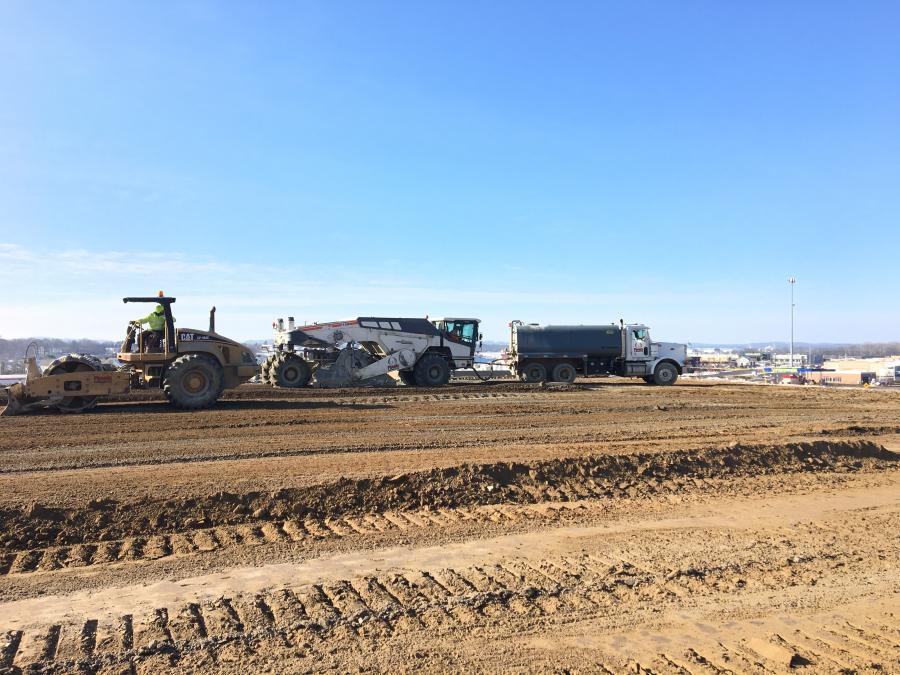 The site provided sufficient space for laydown yards, topsoil stockpiles, and materials storage. Welty placed its field operations office on the hilltop, which allowed the subcontractors, owners, and other stakeholders to understand the scope of the operations and appreciate the progress being made.

The site was essentially clear of utilities, but care had to be taken not to interfere with those serving the adjacent Riverview Surgery Center.

“There were some underground fiber, telephone and Internet lines that could not be impacted,” said Barbina. “They did give us a bit of a headache in the construction sequencing.”

The noise and vibration from the construction did not bother neighboring health care facilities, but part of an adjacent parking lot was set aside for the construction workers and some material storage.

This is the first hospital project for Barbina and his team, who found they could rely on the expertise of others.

“We have a pretty good group of consultants along with the support of FMC and Boldt,” Barbina said. “DesignGroup has a lot of experience in medical design. They have been helping us along the way — assisting with the intricate detailing and taking our advice on the constructability of certain portions of the scope. FMC has provided us with some tips and issues to look out for and in return, have asked for advice on the construction side — site work, landscaping, the superstructure, etc. The stakeholders and the owner are fully integrated and want to be team players to help the project to the finish line.”

Construction of the medical building began in February. 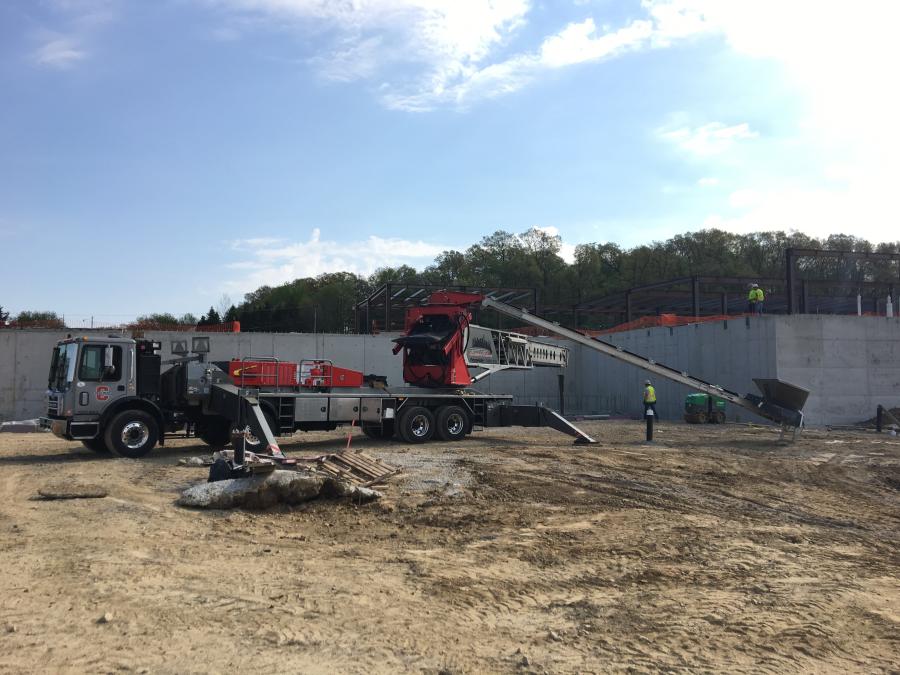 “We phased this out due to the details and high-level finishes,” said Barbina. “We wanted to enclose it rapidly so we could start on the interior. The stone façade is up and in place, with a great deal of glass curtain wall chasing behind. We then moved to the second building, which is currently staggered out — working on the superstructure and soon the exterior façade and interior mechanical and finishes.”

Welty has brought on several trade partners for the construction, including Unlimited Concrete for concrete, Tony's Welding for structural work, Fairfield ID for framing and drywall, Titan Electric for electrical, Gutridge for fire protection, Dooley HVAC, and Freeland Contracting for plumbing. The number of personnel has peaked at between 65 and 75 workers on site.

Most of the work is done via day shifts, with extended shifts of 10 hours-plus being planned.

Barbina is assisted by Kenny Williams, the project superintendent.

“Kenny has been great out in the field, offering his experience and expertise, and is integral in planning day-to-day work and making sure that crews are not in each other's way, working closely together to understand the project goals, and maintain a safe working environment, Barbina said.

The project engineer is Mohammad Abdul.

“He's an integral member of the team on the office side and is providing field assistance, including requests for samples, submittals, information, and delivery times for materials,” Barbina added.

With the greater Columbus area experiencing a building boom, ordering materials in advance is necessary, as is signing up and scheduling subcontractors.

“You have to get materials squared up as quick as possible and our structural steel was released two and half months of us being awarded the contract,” said Barbina. “Some of the materials come from sole suppliers. The steel, joists, and metal decking came from one vendor, which is one of three or four out there.”

While the glazing installation continues smoothly, some of the finer details require more attention, such as the exposed structural columns, drywall framing, and overall aesthetics of the building.

“We're coordinating installation of the glazing and aluminum members,” said Barbina, “and you can't install drywall in a wet environment. We're looking at options — sequencing, putting in some glazing ahead of schedule, and using moisture resistant materials that afford Welty and trade partners greater flexibility.” 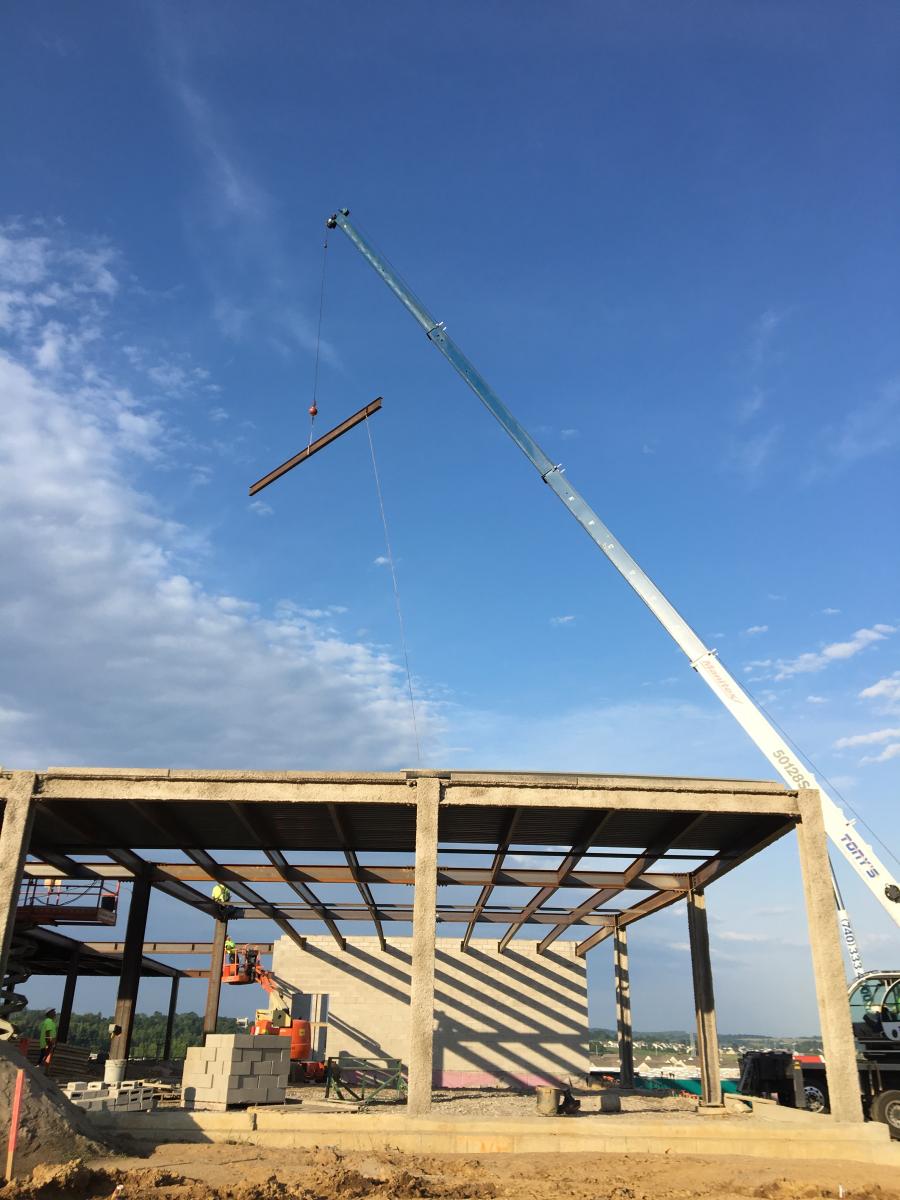 The subcontractors have been using cranes, dozers and backhoes of multiple sizes, forklifts, boomlifts, rollers and pavers.

“The site contractor was installing some extended curves, and their curb placement machine is all based on GPS,” said Barbina. “So they set up a few lasers and GPS units, and the machine is fed from a concrete truck. The computer system guiding this work can recognize elevations and left and right coordinates. Our steel partner has a 50-ton Manitex boom truck to erect the structural steel. With the massive amount of concrete work, we have concrete pumps for the large pours and a new piece of equipment for me is the concrete conveyer truck that has a system of extendable and retractable conveyer belts.”

Punctured tires and busted hydraulic hoses are among the main wear and tear issues, and repairs are generally done quickly, save for those that require the shipping of specific parts.

Barbina said he is pleased with how the crews are meeting the milestones for the big push to complete the job, including the enclosure and asphalt for the road work.

“We're constantly in the field interacting with the crews and making sure that everyone is up to par,” he said. “We recently had a safety stand-down for about an hour with a catered breakfast, letting the trade partners know that they had our support and acknowledging their hard work. We're also looking at monthly cookouts or catered lunches. We hire our trade partners because they're experts in their fields, and we value their opinions and ideas to push this project along.”

Work is proceeding according to a lean construction method, and Welty is employing what it calls “lean boards,” which are based on a six-week look-ahead schedule and can be broken down into multiple areas, with each trade partner having a specific color for Post-It notes.

“Every week we update this board and talk to people about what parts have been done and what didn't get done and if they could do it next week,” said Barbina. “We have weekly meeting with our trade partners and provide a live picture what to expect and how to plan each other's work. As we go into the interior finishes phase and final enclose, we put together some laminated floor plans on our Welty trailer wall so that our partners know what elements have been completed in various rooms and which areas have passed inspections.

“One of a few tricks we have in the field is to give the MEP trades spray-paint cans where they can mark metal studs in rooms with their color to give us and others a heads-up of what was done and had been inspected,” he added. “This lets the drywall contractor know what can be covered up and which areas are open up for work.”