What To Do With All That Snow? Melt it, of Course. 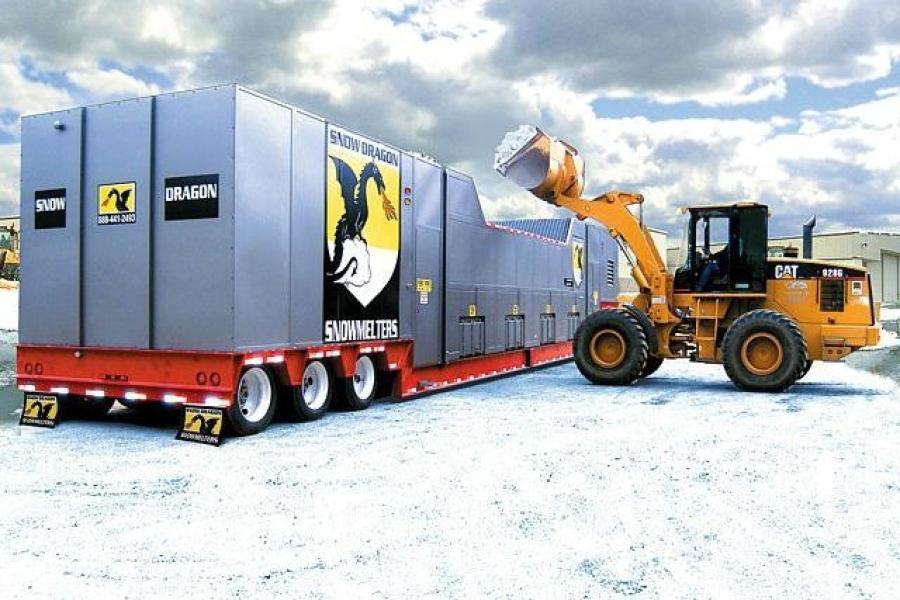 Yahoo News is reporting that the massive blizzard that buried the East Coast over the weekend dumped more than 20 inches of snow on Washington, D.C., and left city officials to ponder a question all too familiar to their counterparts in Boston: What do we do with all this snow?

Their answer: Call in the Snow Dragon.

CBS News reports that the nation's capital called in a giant snow melter — aka the Snow Dragon — from Indianapolis to help in its snow removal efforts.

So what exactly is a Snow Dragon, you ask?

Snow and ice are deposited onto a melting pan that is fabricated above a hot water bath, containing heat exchanger tubes. The burner fires into the tubes heating the water, similar to a boiler burner type system. This creates a 100% totally enclosed system, thus not allowing any burner/flame contaminants to be introduced to the discharge or water bath. As snow is dumped onto the melting pan, warm water is sprayed over the snow. As the snow melts, it travels down the pan, through a screening process into the debris catch area and back into the water hopper to be re-heated.

The SND5400 model, which is designed for municipal use, can melt 180 tons of snow per hour. And because of the cost associated with traditional snow removal, Snow Dragons are becoming more common.

In Philadelphia, the Southeastern Pennsylvania Transportation Authority (SEPTA) purchased one earlier this winter. Over the weekend, the "rail-riding, snow-throwing monster truck with a rotating arm" was used to help clear the city's rail lines.

According to the Washington Post, the volume of snow that fell in the District was approximately3.49 billion cubic feet — or the equivalent of a 3,087-foot-tall, 1,204-foot-wide pile.

Of course, D.C. isn't relying on its borrowed Snow Dragon alone. According to the District's Department of Public Works, 345 pieces of equipment — including 150 plows — and 750 personnel were dispatched to respond to the blizzard. And trucks are being used to haul snow removed from D.C.'s streets and pile it in the parking lot of RFK Stadium, where it is left to melt or, in this case, be melted.

Last week, D.C. Mayor Muriel Bowser apologized for "an inadequate response" after an inch of snow that fell ahead of the blizzard crippled the capital.

"We believe that we did not provide adequate resources at a time when it could make a difference in last evening's commute," Bowser said at a news conference Thursday.