When Treating Wintry Roads, Which Material Is Better: Salt or Sand? 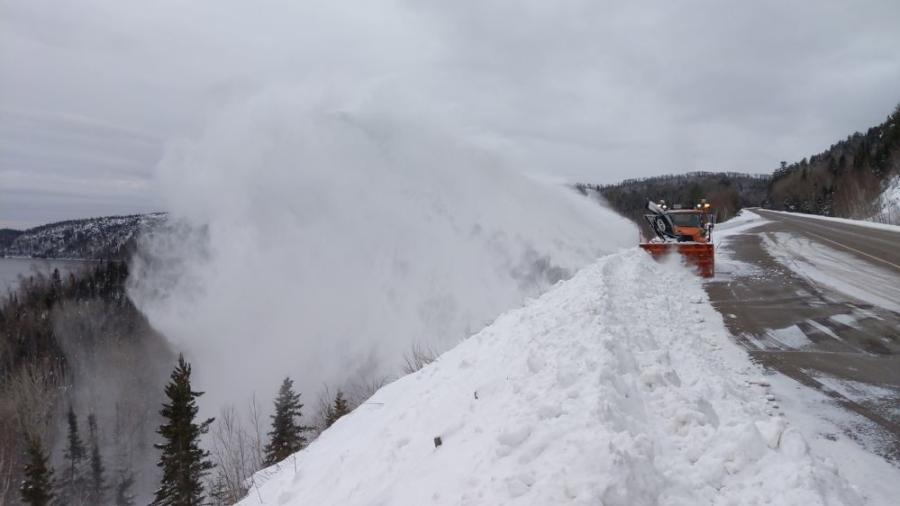 During the 2018-19 winter season, Minnesota had 31 snow and ice storms, resulting in 97 in. of snow across all eight MNDOT districts. (Minnesota Department of Transportation photo)

Some of the more intense snowstorms and icefalls in decades have blasted the United States over the last few winters. Changes in the climate are often cited as the reason for today's extreme winter weather and has touched off a hot debate among scientists, politicians and average Americans.

But another controversial, albeit smaller, question has arisen among those folks charged with keeping American roads and highways safe: Is salt or sand a better material to help clear snow and ice from roads and highways? It may be a simple argument, but the answers are more complex than you might think.

First, the two materials don't work the same way to treat wintry roads. Simply put, salt melts snow and ice, while sand provides road traction and makes it harder for roads to re-freeze. They are often combined, though, for application by dump trucks that can spread them onto highways. And, in many cases, a liquid mix of salt and water (or chemicals) are used, while sand is only used here and there. 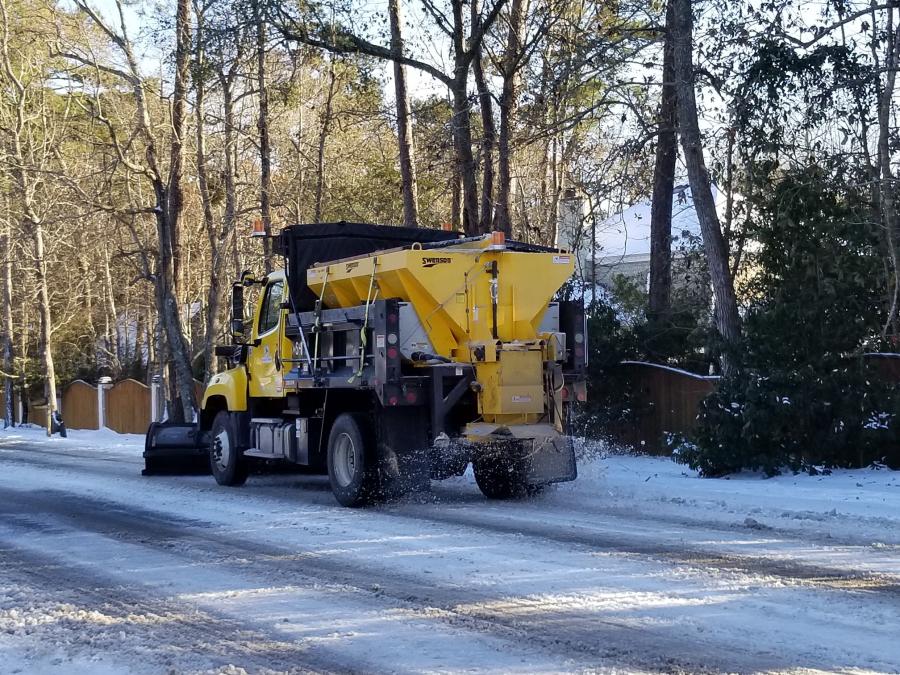 There are clear advantages in using either salt or sand, as well as drawbacks in applying each material.

Rock salt (or sodium chloride) is very popular among road maintenance professionals because of its ability to melt snow and ice on roadways, as well as its effectiveness in preventing them from freezing again. Salt works quickly to lower the freezing point of ice so that it melts into a liquid. Unlike sand, salt is easier to clean up as it dissolves in water and is drained away by the melted ice and snow. One disadvantage to rock salt, however, is its ineffectiveness when temperatures are 15 degrees Fahrenheit or lower.

Sand, on the other hand, possesses the grit to give cars and trucks the needed traction to travel safely along a street or highway. Due to blowing wind and cars passing over them, the sand grains are moved around, making it difficult for water molecules to stick together and form ice. In addition, sand doesn't have the corrosive properties of salt, which can severely damage the undersides of cars and trucks if not constantly cleaned.

Due to its often-brutal winters, Minnesota is a prime place to study the efficacies and methods its DOT uses to treat icy roads. 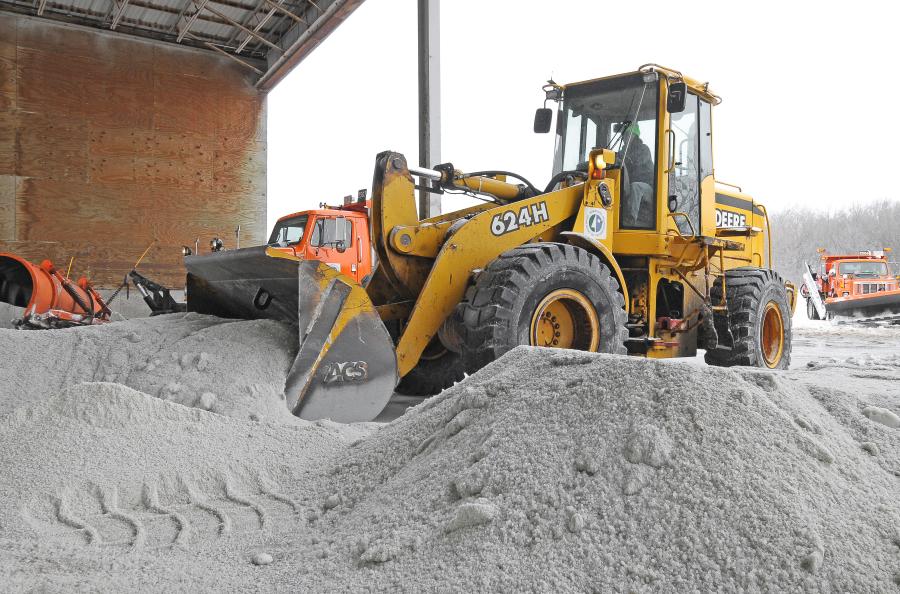 Just look at the stats: During the 2018-19 winter season, the state had 31 snow and ice storms, resulting in 97 in. of snow across all eight MNDOT districts. To retaliate, the agency used 246,500 tons of salt last year to keep motorists moving over its highways and bridges. In addition, MNDOT applied only 35,900 tons of sand.

Jed Falgren, acting maintenance director of the agency, cites the environmental problems sand presents as being one factor in its secondary status to salt.

"A generation ago, MNDOT, as well as other DOTs and contractors, used a lot more sand than they do now," he explained. "While sand does a good job of helping build traction, it's usually just short-term, and it tends to get off onto the road shoulders, which makes it problematic when it drains into storm sewers."

MNDOT must then spend money and manpower to clean accumulated grit from sewers and retention ponds in the spring — costs the agency would rather not incur.

Brines Keep Salt in the Mix

Salt and sand mixtures are a popular application in most of the United States. But the most effective solution has been for DOTs and contractors to infuse rock salt with water and other chemicals (such as calcium chloride or potassium acetate) to create brine, which offers the same melting characteristics as solid salt. As a liquid, salt brine works immediately to thaw the road and is more effective at lower temperatures. 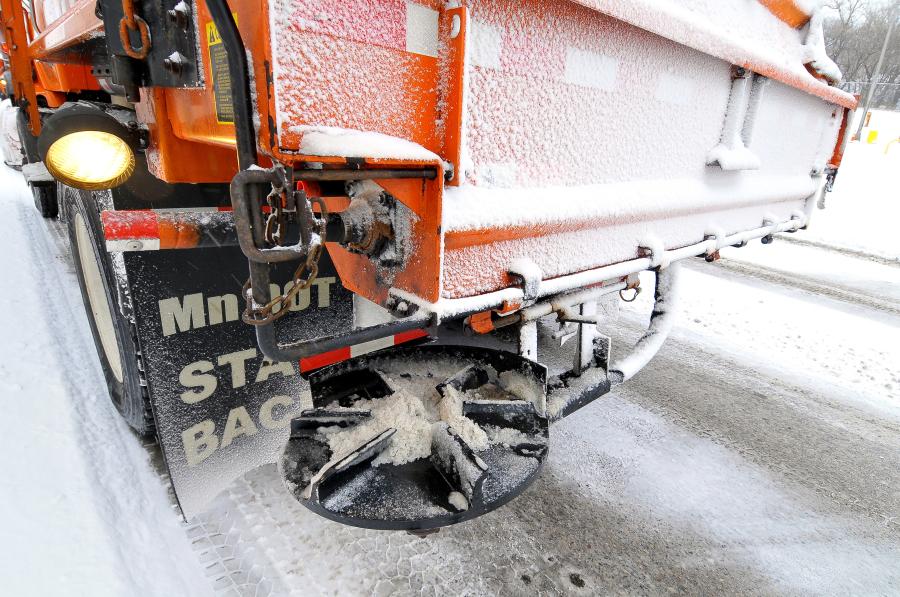 "Salt brine is one of the best practices developed over the last generation," Falgren explained. "One of the advantages of brine is that rather than have dry salt and sand dumped out of a truck moving at 30 miles an hour, possibly causing the material to bounce off the highway, salt brine is wet and will stick to the road surface. A few decades ago it was thought to be crazy to fight ice and snow by adding water, but what we have learned is that we can much more effectively and much more quickly hit this snow and ice so that brine at least breaks the bond with the pavement, allowing us to then scrape it off."

Hundreds of miles to the south and possessing a substantially milder climate overall, North Carolina generally doesn't experience anywhere near the winter weather as that of Minnesota. But the Tarheel State does get its share of heavy snow, ice storms and bitter temperatures, mostly in the Appalachian Mountains where elevations can reach over 6,000 ft. As a result, the NCDOT has more than 1,900 winter service vehicles at the ready across the state. 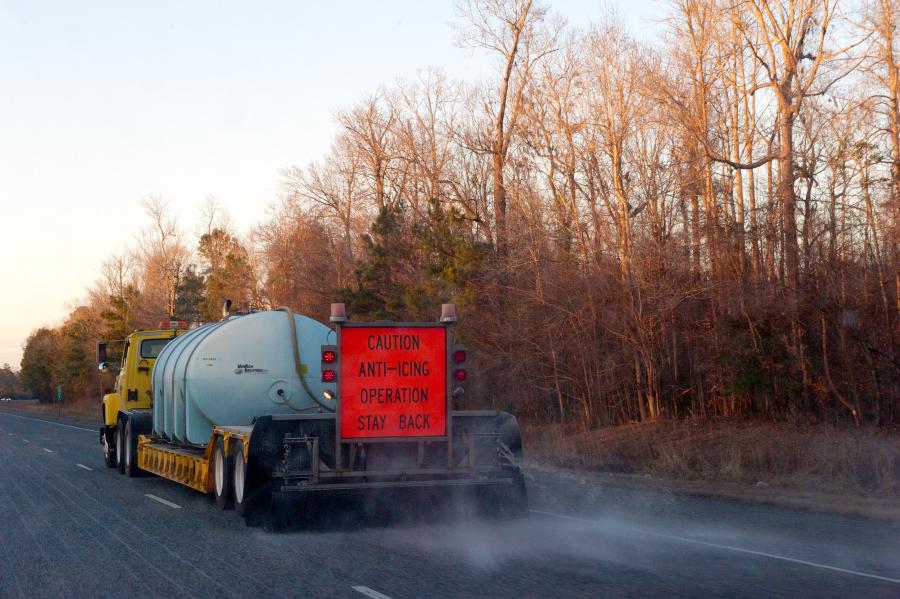 And, as on Minnesota streets and highways, NCDOT also primarily uses salt and brine to help clear roads when a storm hits but adds in sand for road friction.

The state agency uses a brine solution made up of water and 23 percent salt to pre-treat its roads in dry conditions when the temperature is above 18 degrees Fahrenheit. Forecasts are important because the decision to apply brine is made 24 to 48 hours before a storm and must be done when it's not raining. Unlike a colder state like Minnesota, rain is more prevalent during North Carolina's winter events. When rain does fall, it can dilute the brine and wash it off a road before it can be effective.

Disadvantages Need to Be Understood

In every state, however, salt's negative impacts on the environment outweigh those of sand in treating road surfaces. With decades of sodium chloride accumulating in waterways, many scientists are warning of the material's effect on aquatic life. 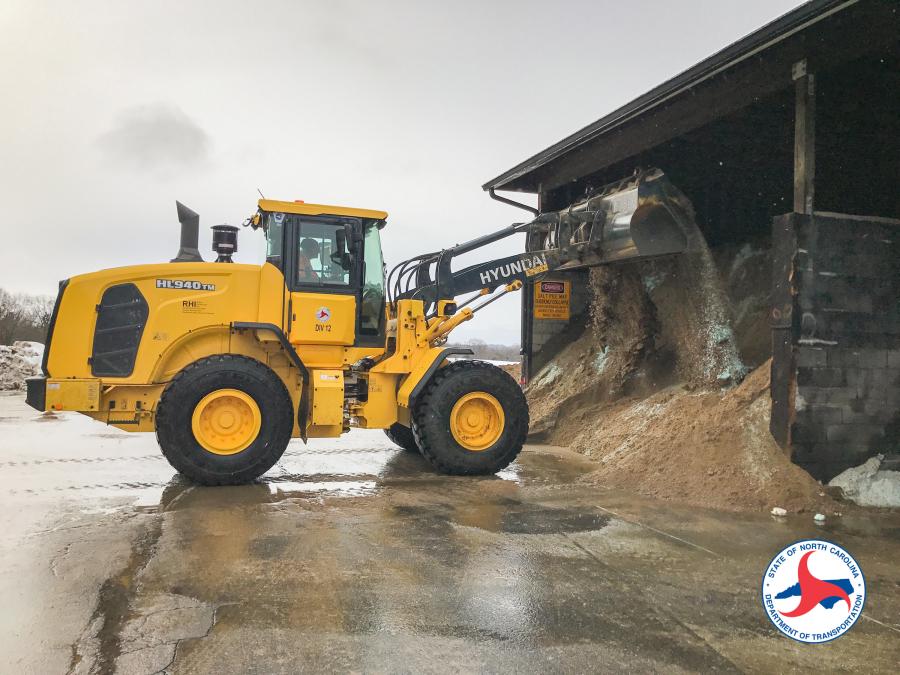 "We are very cautious and judicious in our use of salt in Minnesota," said Falgren. "The problem with salt is, in the process of melting, it dissolves into sodium ions and chloride ions and there is no way to filter those out. Chlorides are a much bigger problem than sodium because if their concentrations get too high, they will affect life in our lakes and streams. So, what we are trying to do is maximize the effectiveness of that chloride ion while it is still on the road and that's why we use a lot more brine."

In fact, the U.S.'s most wintry state, Alaska, relies much more heavily on sand to keep its roads passable and safe. A primary reason is the state's desire to protect its salmon population, one of Alaska's most important resources. What salt it does have on hand is used to keep its large stockpiles of sand from freezing. With Alaska locked in temperatures less than 15 degrees most of the winter, salt just isn't a viable option for use on the state's streets, highways and bridges. Instead, chemical brines are the favored option to melt snow and ice.

"In a perfect world, [DOTs] want to do everything we can to keep traffic and commerce moving safely, but we want to make sure that the downside of salt, sand and chemical treatments are understood and minimized," Falgren said. CEG