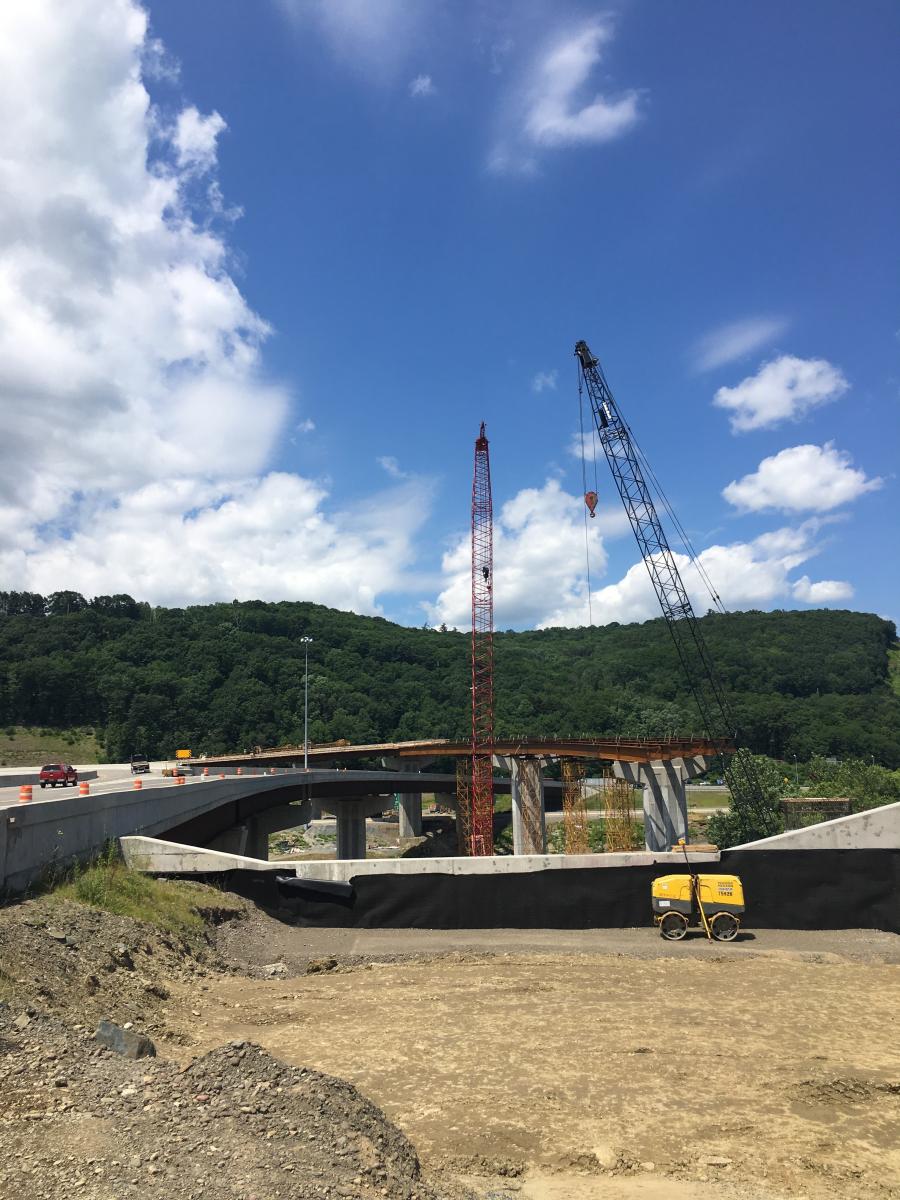 Designed to be completed in stages, a complex reconstruction project for NY Route 17 and Interstate 81 in the city of Binghamton, N.Y., is now more than halfway complete. Work is currently under way on the $152 million second phase of Prospect Mountain construction. 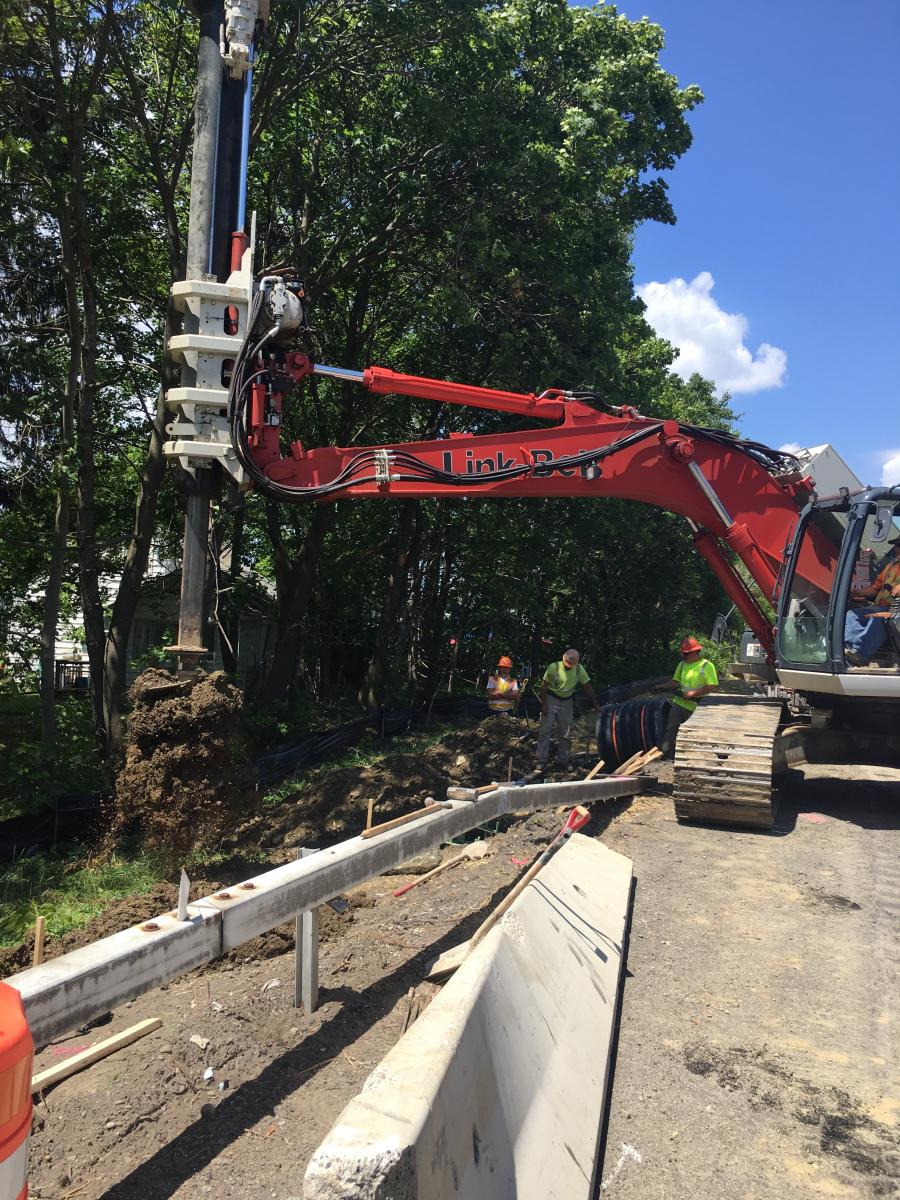 The work will enhance the mobility of commerce and safety of the local traveling public and tourists in the region. Jetter said the timing is right.

"The existing structures are at the end of their useful life. NYSDOT has taken measures to stay on budget and schedule by progressing work that can be done during the winter season."

The Phase II contract was awarded in 2016. The project is funded through a combination of New York state funds and National Highway Performance Program dollars. NYSDOT worked closely with the city of Binghamton and various community stakeholders during the design phase and performed in-depth traffic studies and adopted changes in staging work to better accommodate reasonable traffic flow during construction.

Phase II includes constructing two new NY 17 bridges over the Chenango River as direct connect ramps from NY 17 to the NY 17/I-81 overlap section at Interchange 4. Workers also will reconfigure Interchange 4 from the current clover leaf configuration to a modified diamond interchange. Two traffic signals will be added to control traffic at the NY 17/I-81 ramp terminals with NY 7. Crews are replacing multiple bridges, with noise barriers being provided along NY 17 and I-81 within the project limits.

"NYSDOT will continue to monitor and make operational improvements as needed," said Jetter. The department also worked to achieve the Governor's Driver's First Initiative, to minimize public inconvenience, and keeps the public notified about the Prospect Mountain project and work zone safety through traveler advisories sent to media, through interviews and social media, such as Facebook and Twitter."

The project replaces bridges and reconfigures ramps to significantly improve traffic patterns in one of the Southern Tier's busiest travel and commerce corridors. The improvements also enable NYSDOT to request federal designation of the four-mile stretch of Route 17 to become I-86. 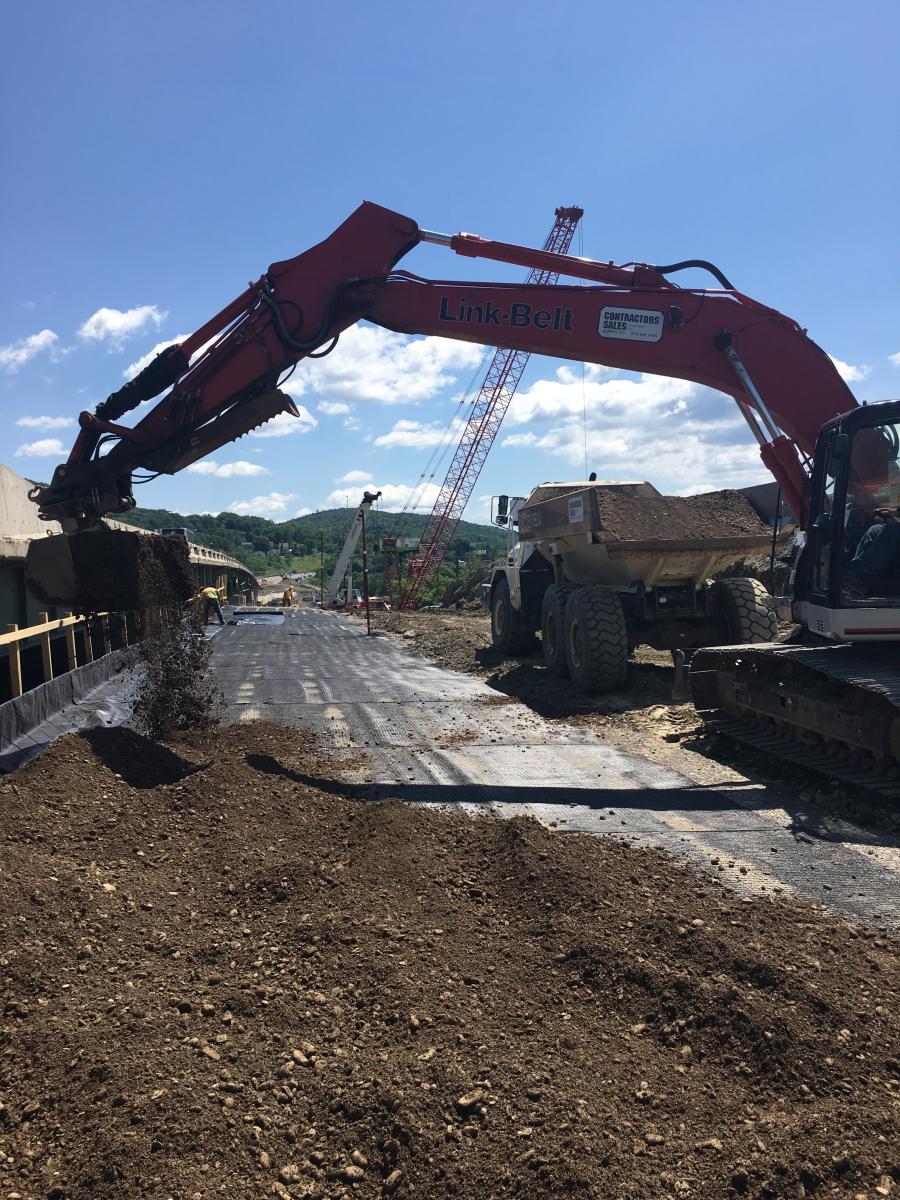 Phase I construction began in 2012 and was completed on schedule at the end of December 2015. Work included the construction of six new bridges and a new Prospect Street interchange with on and off access to state Route 17 westbound. A retaining wall, new drainage and a pump house also were installed, along with new curbing, permanent barrier, new concrete pavement, traffic signals and overhead signs.

According to general contractor Lancaster Development and Tully Construction Co., also operating under the name L & T Construction, one of the biggest concerns during ongoing construction has involved coping with traffic; specifically, trying to build the project while 70,000 vehicles per day use the highway. Crews also are mindful of mainline traffic during peak hours.

In addition, coordinating with different agencies, as well as the public, business owners and municipalities has been challenging. Work at the Chenango River, for example, required dealing with the New York State Department of Environmental Conservation and U.S. Army Corps of Engineers regarding permits and site inspections. River levels and flood elevations were key issues, as well.

The causeways had to be built at very low elevations. Historical river level data was provided to estimate not if the causeways would overtop, but how many days out of the year they're expected to be under water, halting work. Causeways are generally under water about 100 days out of the year. Working in the river (installing/moving/removing causeway material for various stages of bridge construction and any operation that may cause turbidity) cannot take place between March 15 and July 15, so as not to impact fish spawning.

NYSDOT is working with the contractor to minimize inconvenience and disruption to the traveling public and encourage early completion. Several contract milestones stating when work must be completed ensure that the project stays on or ahead of schedule. It is currently 56 percent complete.

When working over traffic, dump trucks with wings park below the removal operation to collect falling debris a safe distance away from traffic. Workers on the ground continuously monitor and clean any debris that falls onto the roadway. Traffic stops are made when picking and swinging bridge girders, and concrete removal, truck traffic, sawcutting all create dust that needs to be controlled by spraying water. This is done for the safety of the workers, residents and traveling public.

All bridges are conventional bridges with steel girders. Cofferdams were required at the river bridges for pile driving and footing construction. Causeway modifications with heavy stone were necessary during the permitted work period in the Chenango River, due to causeway flooding. Some girder erection involves multiple cranes on each side of the river, with maximum crane lift capacity of 485 tons.

A "link slab" is being used at EB Pier 1, which is a relatively new technique adopted by the region. A link slab is a long-term performance alternative to expansion joints which are expensive to maintain and not as durable. An additional benefit to using a link slab is the reduction in deck cracking, due to slab bending and deflection.

Rain and melting snow frequently raise the water levels above the causeway elevations in the Chenango River, and, therefore, halting work. Winter generally halts most operations that are weather-dependent. If operations are not weather-sensitive, operations can be performed in a controlled environment during the coldest months. Lane closures and associated work during the winter are often canceled to allow for snow and ice operations, and many traffic-pattern change markings need to be installed by late fall of each year because cold temperatures make it difficult to install pavement markings on the roadways.

Reconstructing nearly nine center lane miles of highway involves traffic switching, excavation, demolition, removing and rebuilding with open traffic, as well as planning and coordination, especially in a staged construction setting. The process has been described as a puzzle, where all the pieces slowly come together, tying in from all ends of the project until a final product is achieved. Nothing can be missed, and everything must be accounted for at all times.

Key tasks yet to be completed on the project include reconstructing Interstate 81 NB/Route 17 WB between Bigelow Street and Chenango Street, and constructing a new embankment highway and bridges over Route 7/Railroad/Broad Avenue. Other work includes reconstructing Route 7 between Frederick Street and Bevier Street, reconstructing the ramps associated with the Exit 4 (Binghamton/Port Dickinson) interchange, constructing the new Route 17 EB flyover bridge, preparing for numerous noise walls throughout the project limits, along with Intelligent Transportation Systems components and highway lighting.

The condition of the site prior to construction was not good, with deteriorating pavement, safety flagged bridges, low-level of service for traffic and the need for frequent maintenance. 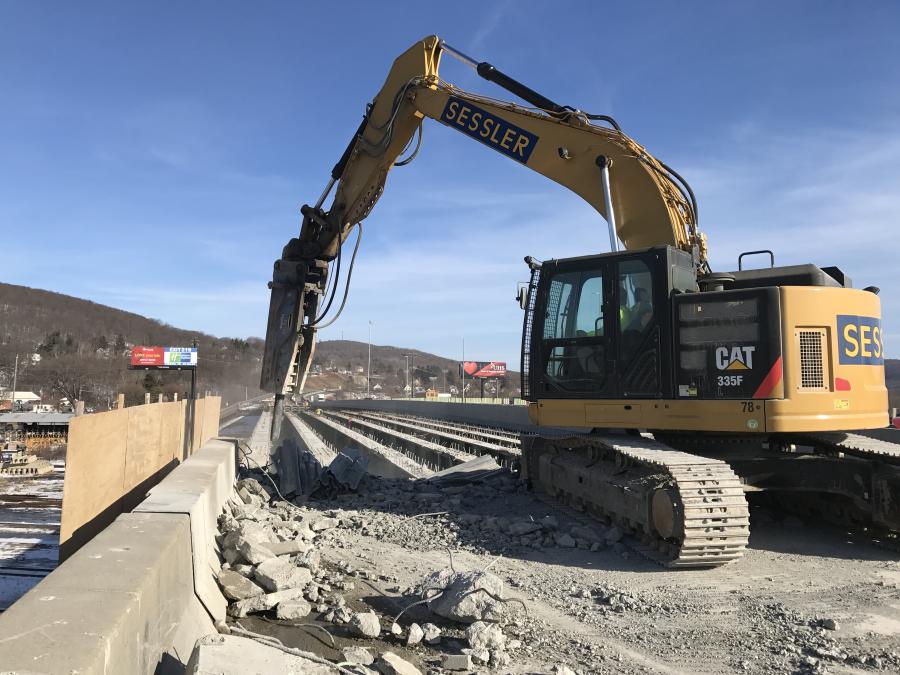 Excavation has been a key part of the Prospect Mountain project. During Phase I, more than 117,000 cu. yds. of earth was precision blasted and removed from Prospect Mountain mountainside along state Route 17 WB in the city of Binghamton. The removal of the material from the mountainside was required to widen the footprint of the highway to accommodate a new flyover bridge and a new interchange. The material taken during Phase 1 was stored for use as clean fill during Phase II construction. The repurposing of the excavated material saved time and money in the project's final phase.

In order to ease the removal of the rock and provide a stable finished surface, controlled explosive charges were placed in a series of drilled holes of a given pattern to fracture the rock. Each blast was carried out by a licensed contractor and supervised by a professional, and was monitored with a seismograph to ensure that the ground vibration was within the regulated limits to avoid any damage to surrounding structures.

Project members said planning the work has been the most time-consuming part of the assignment, because of the many stages of construction, with no room for error. Anticipating field conditions and adjusting accordingly has been required, along with working with emergency services for quick clearance of accident, disabled vehicles, etc. to minimize backups and the possibility of secondary accidents.

While the project still has close to three years to go before completion — with motorists and nearby residents continuing to grapple with rerouted traffic and seemingly never-ending activity — the end goal isn't lost on those who recognize the long-term potential.

Binghamton Mayor Richard David added, "This project will make it easier and safer to get around Binghamton and will bolster the Southern Tier's economy."