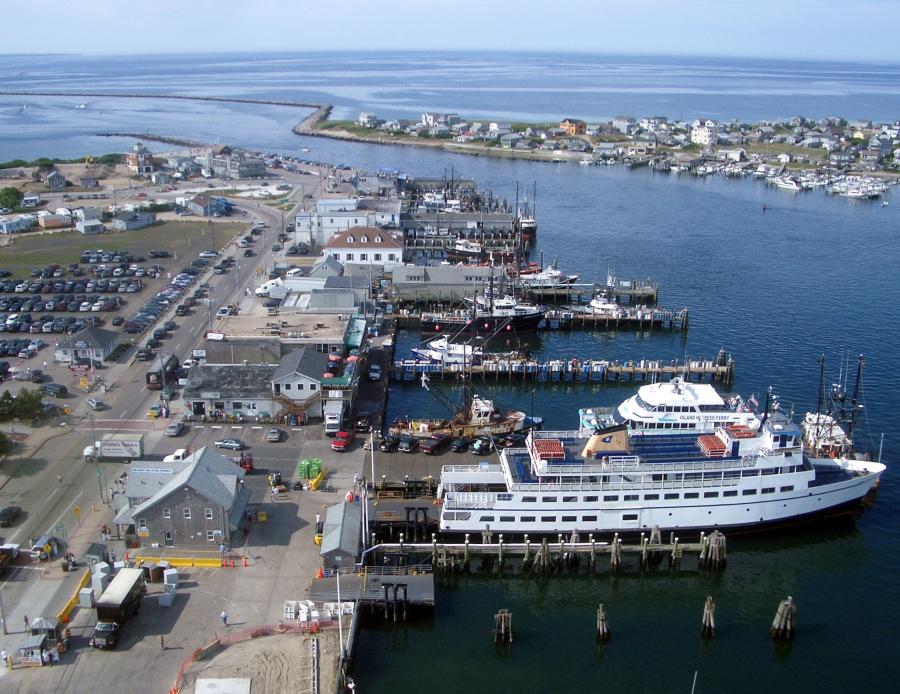 The Rhode Island Department of Environmental Management (DEM) will use the $1,661,500 federal grant, administered by the U.S. Economic Development Administration (EDA), to continue rehabilitation of critical infrastructure in the Port of Galilee. Funds will be used to support the reconstruction of piers, repair to bulkheads and electrical upgrades. The improvements will enhance the long-term viability of the regional commercial fishing industry and the local businesses they support.

This grant builds on a previous $2.9 million investment from EDA that the Congressional delegation secured for the Port of Galilee in 2013.

The Port of Galilee includes 38 docks and piers and is home to 240 commercial fishing vessels. Vessels based out of the Port of Galilee landed over 53 million lbs. of seafood and shellfish, worth more than $55 million, according to the National Oceanic and Atmospheric Administration (NOAA). Activity at the Port also supports many small and medium-sized businesses, which employ hundreds of Rhode Islanders, and helps draw thousands of tourists each year. The state estimates this federal grant, which will be matched by state funds, will help protect existing jobs while also creating 22 new jobs and spurring $1.2 million in private investment.

“Modernizing the Port of Galilee is a smart investment that recognizes the importance of the fishing industry to our economy. I am pleased to deliver continued federal support to upgrade the port, helping it maintain and expand its operations. This grant will allow us to continue making progress strengthening the port's infrastructure and sparking additional investment and economic growth,” said Reed, a senior member of the Appropriations subcommittee that oversees EDA funding and also hosts an annual EDA Grant Workshop to help Rhode Islanders successfully apply for EDA grants.

“Commercial ports and the fishing industry jobs they support are among Rhode Island's most important economic assets,” said Whitehouse, who invited regional EDA officials in Rhode Island to tour Galilee and to meet with RI Department of Environmental Management officials on several occasions about infrastructure improvements at the Port.

“This federal award is a long-term investment in ensuring that another generation of hardworking Rhode Island fishermen will continue to catch some of the world's best seafood out of Galilee.”

“The fishing industry is a vital part of Rhode Island's economy, and this $1.6 million EDA grant will help foster growth in the sector by improving the infrastructure at the Port of Galilee, one of the largest commercial fishing ports on the East Coast,” said Langevin. “Investing in our ports not only creates jobs and boosts business activity, it also promotes stability and private investment in our ocean economy.”

“Strengthening the Port of Galilee will support the creation of good-paying jobs and help keep Rhode Island's fishing industry competitive,” said Cicilline. “I'm proud to support expanded federal investments through the Economic Development Administration to ensure that we are supporting better jobs and better wages for Rhode Islanders. While this award is exciting news for Rhode Island, the GOP tax bill would undermine our ability to make these kinds of investments by forcing massive cuts in federal support for infrastructure, economic development, job training, and more.”

“The Port of Galilee symbolizes so much of what makes Rhode Island unique,” Raimondo said. “I remember spending my summers washing dishes at George's of Galilee, watching tourists board the Block Island Ferry or fishermen bringing in the daily catch. Thanks to the hard work of our Congressional delegation, we'll be able to upgrade the port to ensure the Ocean State's vibrant fishing economy continues to create jobs and thrive.”

“Rhode Island will continue to benefit from this important federal funding to rehabilitate critical infrastructure in the Port of Galilee,” said Janet Coit, Rhode Island Department of Environmental Management director. “The Port of Galilee is among the largest and most successful working commercial fishing ports on the East Coast. Infrastructure investments in Galilee support local businesses and jobs, create economic opportunities, and drive tourism. We appreciate the leadership of our dedicated Congressional delegation in securing this additional funding.”