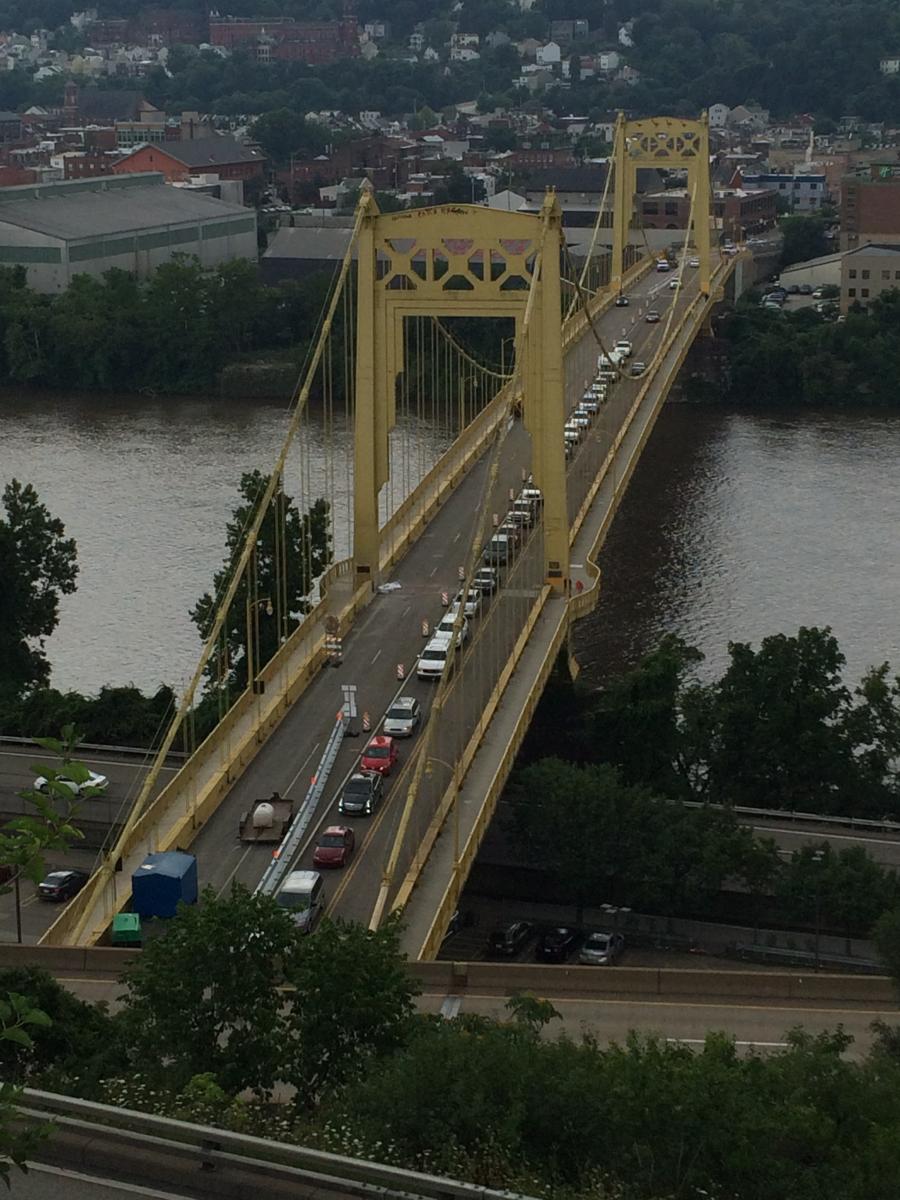 Rehabilitation work is currently being done on the only parallel cable suspension bridge within the state of Pennsylvania. The project involves the Philip Murray Bridge (South 10th Street) in Pittsburgh, and is under the direction of the Department of Public Works.

Work began on April 17, 2017, and physical work is expected to continue until Nov. 7, 2018. Maintenance of the dehumidification system will continue through Dec. 9, 2019.

The contract for the project was awarded to American Bridge Company of Coraopolis, Pa., under project manager Katherine Quillin.

The contract is for Phase 2 of the bridge rehabilitation, with work that began in June. This phase of the project includes replacement of bridge deck, painting, structural steel repairs, wrapping of the suspension cables, and the installation of dehumidification system.

Stage 2 will begin in 2018, which will close the bridge to all vehicles traveling outbound and the downstream sidewalk.

Phase 1 was completed in 2014 and included the replacement of both sidewalks and new lighting.

In addition, workers had removed the rail track on the 2nd Street approach, and began the demolition of the existing sidewalk and hand rail on the south end of the bridge. Demolition work also continued at the expansion areas.

According to Amie Downs, communications director of Allegheny County, the project proves challenging because the work is being done on a short suspension bridge that was originally built in the 1930s. Crews are installing the main cable dehumidification system for the first time. She also noted the difficulty of painting the superstructure over the Monongahela River.

Downs reported that the main subcontractor for the project is the bridge painting subcontractor, Avalotis Corporation.