The shutdown will stop a planned $2.2 billion in highway and bridge construction spending on 900 active projects. 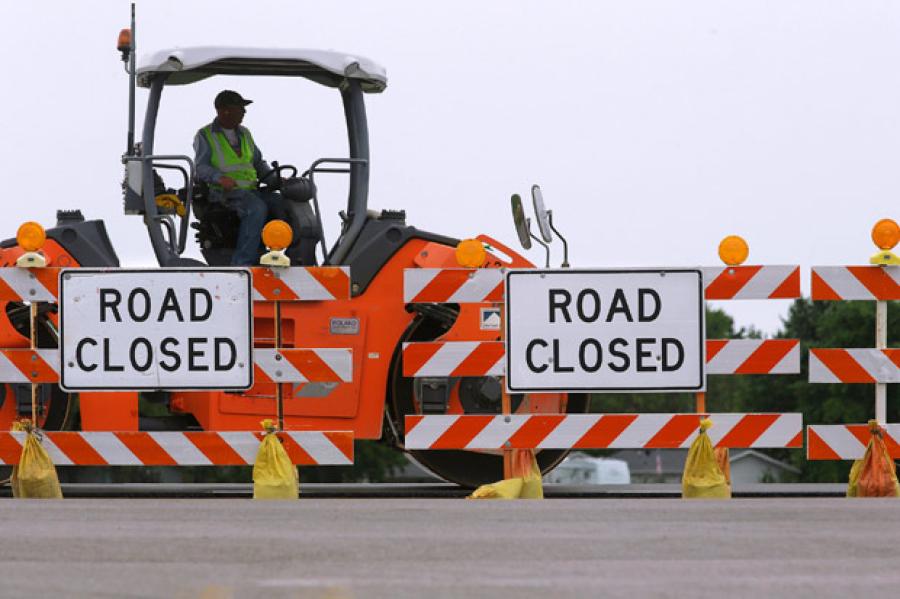 The report comes as Illinois Road and Transportation Builders Association (IRTBA) President & CEO Michael Sturino prepared to testify June 27 on the floor of the Illinois House of Representatives regarding the impacts the Illinois Department of Transportation (IDOT) shutdown will have on the transportation industry and the state's economy as a whole.

ARTBA Chief Economist Dr. Alison Premo Black finds that a week-long shutdown of the state's transportation improvement projects, expected to begin July 1, would cost the transportation construction industry and the state's taxpayers in the first week alone at least $34 million and displace as many as 11,000 employees that work for highway, street and bridge contractors. Over time, the cost could grow to as high as $345 million per week in lost sales, wages and economic activity, and jeopardize 43,000 jobs.

The newly-added section to the Illinois Constitution, Section 11 of Article 8 -- the Lockbox Amendment that received overwhelming public support, should have provided Illinois citizens and businesses the certainty that Illinois' valuable transportation infrastructure will not face the neglect it has received in the past. The amendment requires transportation-related revenues to be expended solely upon transportation-related expense.

“The current budget impasse is frustrating not only those in the transportation industry, but also to all of those voters who expected that transportation funds would be secured, and that those funds would be expended on improving our state's economy. Providing an IDOT appropriation is required to serve the public interest,” Sturino said.

“Let me be clear – the shutdown is already happening, and it has major costs associated with it. Contractors and engineers, in consultation with IDOT, are engaging in proper procedures in preparation for the shutdown, including safety and traffic control, erosion and sediment controls, environmental stabilization, relocation of idled equipment, and removal of all construction debris,” Sturino added.

According to the ARTBA analysis, the estimated costs of demobilization of the 900 active highway projects would be $20 million, at a minimum. Keeping these projects closed would cost an estimated $14 million each week to ensure public safety and to maintain existing facilities at the job sites.

Shutting down projects not only displaces construction workers and engineers. Construction spending on the affected IDOT projects supports an additional nearly 43,000 jobs—for direct jobs in the industry and indirectly, through other major sectors of the economy, including manufacturing, healthcare, and retail. Construction workers alone collectively earn about $17.5 million each week, and as hourly employees, many will not get paid if they do not work. This has added, indirect effects on the regional economy where those displaced employees live and work. As more construction workers lose their jobs and cut back on spending, this will reduce demand in other sectors of the economy, and could put those jobs at risk.

IRTBA Member Lori Quigg, president and owner of Quigg Engineering, will also be testifying before the House floor.

“My DBE firm does work statewide and IDOT is our biggest client, currently accounting for about 90 to 95 percent of our sales. To maintain insurance, my employees have to work 32 hours per week, which will be a problem if a budget is not passed. This affects all of their families!” Quigg exclaimed. She added, “As a business owner, it's very hard to not take this IDOT shutdown personally--when your decisions could be endangering the livelihood of so many people. I have lost a lot of sleep worrying while awaiting news about the budget. I'm certain many business owners across the state share my deep concerns about their businesses and the thousands of Illinoisans who they employ. We need to work together to find a way to keep IDOT going.”

Additional economic impacts found in the ARTBA analysis include:

An estimated $127 million in construction work would have been completed on the identified projects the week of July 1—outside of the direct costs that contractors will incur to maintain their jobsites. This construction work supports $331 million in purchases through other sectors of the economy, adding $171 million to the state's Gross Domestic Product (GDP). Although some of that spending will still occur next week, a prolonged shut down will weaken that economic impact, as contractors cut back on orders for materials, equipment, and supplies.

Each year, that $2.2 billion in annual highway and bridge construction spending adds up to over $5.7 billion in total economic output for Illinois businesses, and adds nearly $3 billion to the state's GDP.

Highway project delays result in direct and indirect costs to the public, including wasted time and fuel for travelers in the corridor, the effect on businesses and their consumers from the increased roadway congestion, construction cost increases, and the economic impact of project delays. One month of delay can raise project costs by 1 to 1.5 percent, which is a large sum when considering the costs of transportation projects are in the hundreds of thousands to millions of dollars.

Illinois cannot afford to continue to neglect its deteriorating infrastructure. Approximately 50 percent of Illinois roads are rated in poor condition. Of the 26,704 bridges in the state, 15 percent are classified as structurally deficient or functionally obsolete. And in Illinois, 874 bridges are posted for load, which may restrict the size and weight of vehicles crossing the structure.