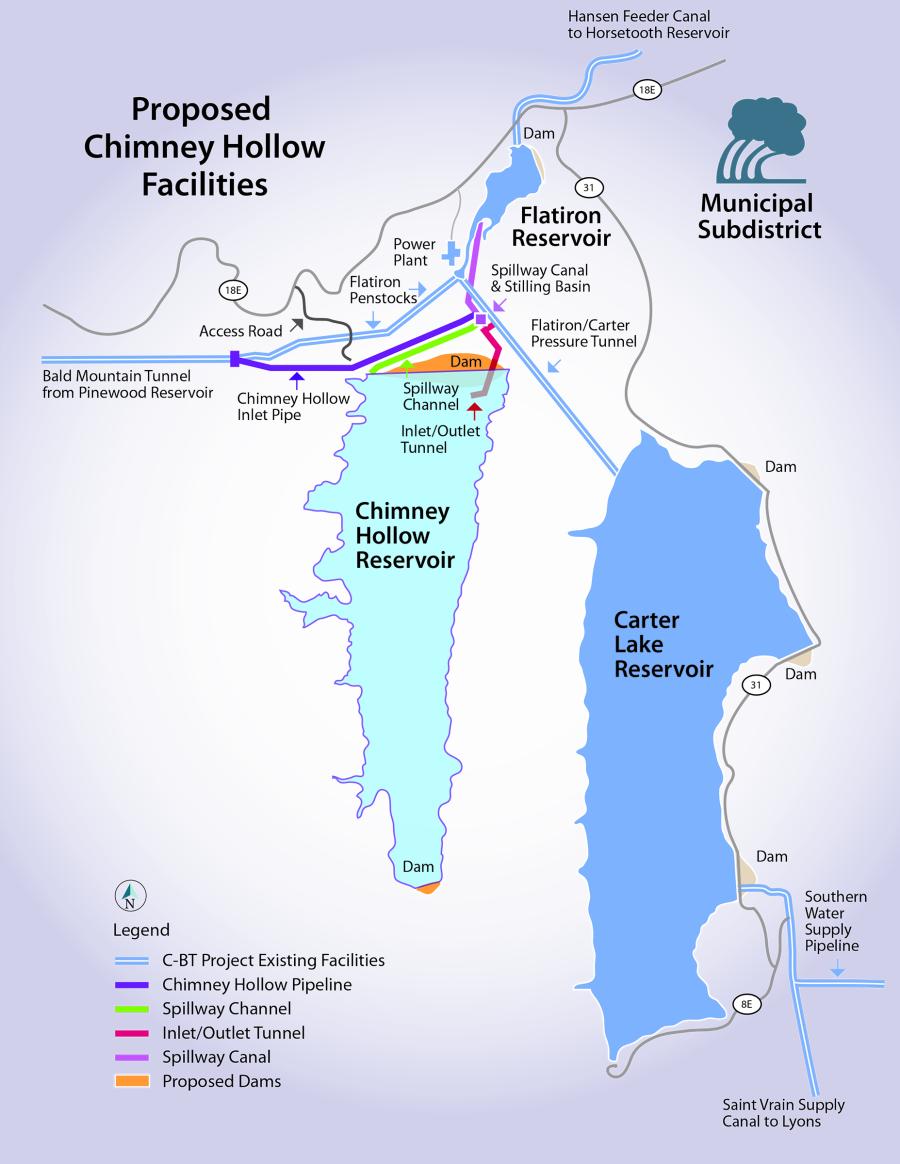 The federal government gave final approval for a $400 million dam and reservoir in northern Colorado where 13 cities and water districts will store water from the other side of the Continental Divide.

The Army Corps of Engineers issued a permit for construction of the Chimney Hollow Reservoir in the foothills about 50 mi. north of Denver.

The corps regulates some of the environmental impacts of big water projects.

It is the last approval the reservoir needs, said Brian Werner, a spokesman for the Northern Colorado Water Conservancy District, which oversees the project.

Construction could start in early 2019, after the district refines the plans, hires a project manager and awards contracts.

Water for the reservoir would be pumped from the Windy Gap Reservoir on the Colorado River near the town of Granby, west of the Continental Divide, through an existing tunnel under the Rocky Mountains to the east side of the divide.

The 13 water providers own the rights to the water but have nowhere to store it. The project is formally called the Windy Gap Firming Project because it would firm up the water supply.

The Chimney Hollow Reservoir will store up to 90,000 acre-ft. One acre-foot can supply two typical households for a year.

New reservoirs are always contentious in Colorado. Water managers and urban planners argue the state needs more because it does not have the capacity to store all the water it is entitled to under agreements with other states. They also say Colorado needs more water for its growing population.

Some conservationists oppose new reservoirs because of their environmental damage and because the state's rivers are already overtaxed.

“The Colorado River is on life support right now,” said Gary Wockner, director of Save the Colorado. “If the patient is bleeding out, you don't cut open a new artery to try and heal it. Instead, you should work to protect and restore the river, not further drain it.”

Wockner said his group will likely challenge the Corps of Engineers permit in court.

Trout Unlimited negotiated some environmental improvements in the Colorado River near the Windy Gap Reservoir as part of the project. Mely Whiting, an attorney for the group, said she had not yet seen the final Corps of Engineers permit.

Water providers that will pay for and benefit from the Chimney Hollow Reservoir are the cities of Broomfield, Erie, Greeley, Longmont, Louisville, Loveland, Superior, Evans, Lafayette and Fort Lupton, as well as the Central Weld County and Little Thompson water districts.—AP